And the winner is…the Muslim Brotherhood 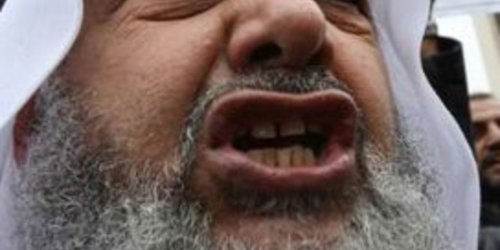 All the dissent and uprisings in the Muslim Middle East recently have certainly made startling news and unprecedented history but, at this point, it seems that they have generated great drama and hope but no real change.

While it appeared that the people of the streets were demonstrating for democracy and freedom, so far the power structures remain largely intact. The people succeeded in ousting their authoritarian dictators in Tunisia and Egypt, but the results produced thus far are only promises of new elections at some future date.

When, and if, elections do take place in Egypt, it is likely that the old tyrant will simply be replaced with a new tyrant ― and the new tyrant will likely be the Muslim Brotherhood. This means the people will continue to be subjected to the oppressive Muslim law code known as Sharia Law.

Therefore, we have to ask, will the long suppressed Muslim people truly gain greater freedoms and be governed by democratic governments? So far, it does not appear that anything has changed for the better, but if the Muslim Brotherhood takes over the reins, all will likely return to the status quo or even get worse.

It all started in Tunisia, where the dissidents were successful in ousting their dictatorial Muslim leader, Al-Abidine Ben Ali. In Egypt, also, the revolutionaries succeeded in causing Hosni Mubarak to quit after his strict 30-year rule. But again, things have not really changed, with the military now running the show. While elections have been promised, what does that presage?

In my opinion, elections do not stand much chance of being fair in any Muslim country ― and especially not in Egypt where the hard-line Muslim Brotherhood is thought to be the dominant political power and probable winner. So, what greater freedoms have the revolutionaries gained?

In Yemen, in Bahrain, and in Libya, the Muslim leadership looks shaky. Demonstrations have been serious and widespread. But those leaders are fighting hard to stay in power, and they have not yet fallen. The suppressed peoples in Jordan, Saudi Arabia, and Syria have also taken to the streets in protest, making the anti-Muslim rule uprisings amazingly widespread, but there are still no governmental changes in these countries.

So who are the winners? From my perspective, it is certainly not the people but, rather, the Muslim Brotherhood.

Like all freedom-loving people, I would love to see Western-style democracy sweep over these dissatisfied Middle Eastern Muslim countries, but I am not holding my breath. Based on past history, I believe, Islam and democracy cannot co-exist, since basic Muslim laws do not allow freedom of opinion, speech or religion.

While we cannot yet emphatically state that the Muslim Brotherhood is the only winner produced by the “Arab Spring,” we know for certain that both Israel and the United States are the losers. Already, Egypt has broken its treaty with Israel by opening the channel for ships to freely enter Gaza delivering weapons into the hands of Hamas. These terrorists will use the weapons against the people living in southern Israel.

Muslim leaders have already begun to question why they are fighting each other rather than focusing their efforts on their common enemies, namely, Israel and the Jewish people. With the Muslim Brotherhood in charge, Hamas and Hezbollah will be emboldened to perpetrate additional terror against Israel and her people.

The United States is also a loser. Oil prices from the Middle East have jumped substantially since the uprisings began. This has had a significant impact on the American economy in many ways. In fact, we have even coined a new word which highlights one area severely impacted by rising gasoline prices. Instead of summer vacations, people are now planning “staycations” to save money.

Muslim Arabs have generally viewed the US as the protector of certain corrupt Muslim autocrats on one hand and as the savior of their hated enemy, Israel, on the other. In fact, the US bombing of Libya is being interpreted by many as an act of warfare against the people of Libya rather than as warfare against Muammar Gaddafi and his corrupt and cruel regime.

But will the people win in the end? I don’t believe so. Rather, the dictators will be replaced with the Muslim Brotherhood, which is hell-bent on destroying Israel and America.