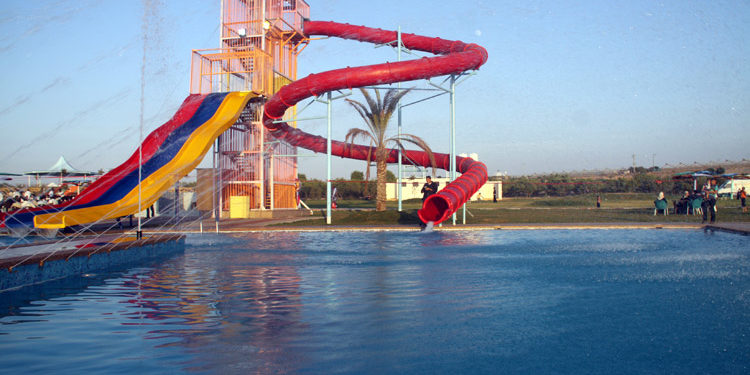 In a “gesture” to Gaza Arabs on the occasion of the month of Ramadan, which began this week, Israel will transfer to Gaza an additional 3 million cubic meters of water. The decision on the allocation increase was made Tuesday by Defense Minister Ehud Barak.

Israel announced a host of other “gestures” for Gaza Arabs Tuesday as well. Ten new factories will be built by private contractors in Gaza, with building standards and materials meeting European Union requirements, to enable the factories to export to the EU. Israel will also change the address of 1,900 Gaza Arabs residing in PA-controlled areas of Judea and Samaria, to reflect their current addresses. The change will allow the Gaza Arabs, who are mostly businessmen, to more easily export their products to Jordan.

Barak also authorized the expansion of exports from Gaza, authorizing the export of furniture and textiles. And, Barak said he would increase the number permits for businesspeople to enter Israel, and to travel to Jordan.

The IDF’s coordination office for policy in Judea, Samaria, and Gaza said that the changes were made possible after numerous meetings between Israeli officials, led by IDF chief policy coordinator Eitan Dangott, and officials in the PA and international community.

On Monday night, Gaza Arab terrorists fired two Kassam rockets at Israel, the latest in the unending series of attacks from Gaza against Israel. One woman was moderately injured by shrapnel from the attack. In response, the IDF attacked several terrorist positions in Gaza early Tuesday.

In June, Arutz 7 reported on the opening of a large water park in Gaza. The new water park was the substitute for another large water park that was burned down in Gaza last year, possibly by Hamas terrorists who were offended at what was said to be the “secular atmosphere” of the park. The new park, like the former one, features 3 swimming pools, a canal 100 meters long, three water slides, ponds with pedal boats, a restaurant, a cafe, and a quiet area shaded by a tent.