The mother of all family feuds 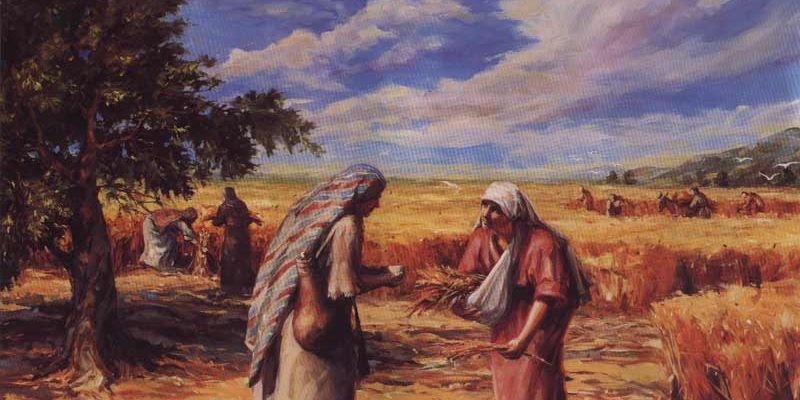 THE ARABS IN PROPHECY, PART 2 OF 5
BY DR. RICHARD BOOKER,

In Part One we looked in the Bible to see how the nations began from the three sons of Noah. In this article we will discover how the division among those sons became the mother of all family feuds.

Isaac married a woman chosen by his father. Her name was Rebecca. Rebecca was a descendant of Shem through his son Aram (Genesis 10:22). By marrying Rebecca, Isaac is staying within the promised covenant family of the God of Shem. Rebecca bore twin sons named Jacob and Esau. According to the Bible, God selected Jacob as heir to the promises He had made to Abraham and Isaac. God later renamed Jacob. He called him, Israel.

When Jacob was at Bethel, not far from Jerusalem, he dreamed about a ladder reaching from earth to heaven. The LORD stood above the ladder and spoke to Jacob the promised blessing He had given to Abraham and Isaac.

“And behold, the LORD stood above it and said: I am the LORD God of Abraham your father and the God of Isaac; the land on which you lie I will give to you and your descendants. Also your descendants shall be as the dust of the earth; you shall spread abroad to the west and the east, to the north and the south, and in you and in your seed all the families of the earth shall be blessed. Behold, I am with you and will keep you wherever you go, and will bring you back to this land; for I will not leave you until I have done what I have spoken to you” (Genesis 28:13-15).

While Isaac married a woman of Shem chosen by Abraham, Hagar, an Egyptian, chose an Egyptian woman for Ishmael to marry. This means that Ishmael married a woman who was outside the covenant family and line of Shem. This was a tragic mistake that would create the conflict between the Arabs and the Hebrews/Jews. Ishmael’s wife bore him twelve sons. Ishmael and his family moved to the geographic region that was populated by the descendants of Joktan. This is modern day Jordan and Saudi Arabia.

“So God was with the lad (Ishmael); and he grew and dwelt in the wilderness, and became an archer. He dwelt in the Wilderness of Paran; and his mother took a wife for him from the land of Egypt” (Genesis 21:20-21).

“They dwelt from Havilah as far as Shur, which is east of Egypt as you go toward Assyria. He (Ishmael) died in the presence of his brethren” (Genesis 25:12-18).

“So Esau went to Ishmael and took Mahalath the daughter of Ishmael, Abraham’s son, the sister of Nebajoth, to be his wife in addition to the wives he had” (Genesis 28:9).

“Then Esau took his wives, his sons, his daughters, and all the persons of his household, his cattle and all his animals, and all his goods which he had gained in the land of Canaan, and went to a country away from the presence of his brother Jacob. So Esau dwelt in Mount Seir. Esau is Edom. And this is the genealogy of Esau the father of the Edomites in Mount Seir” (Genesis 36:6,8-9).

Isaac spoke a blessing over his son, Esau. However, he also made the following prophecy to Esau predicting envy, jealous, and fighting between the descendants of Esau (Arabs) and Jacob (Jews) throughout history: “By your sword you shall live, and you shall serve your brother” (Genesis 27:40). This prophecy has certainly been fulfilled in the past and we see how it is being fulfilled in our world today.

Abraham’s nephew, Lot, was the man God rescued from the destruction of Sodom. He was a man of weak character. You recall the story of God delivering Lot from Sodom. Because his daughters believed their father was the only man left alive, they got him drunk and had intercourse with him in order to conceive and have children. In their mind, this was the only way the human race would survive. Lot had sons by his own daughters. Their children settled in the land east of the Jordan River, as well as other parts of the modern Arab world.

Lot’s firstborn son was called Moab. He was the father of the Moabites. The second son was named Ben- Ammi. He was the father of the Ammonites (Genesis 19). The Moabites and Ammonites became bitter enemies of the descendants of the children of Israel. Ancient Moab and Ammon are located in the geographic area known today as Jordan. Ironically, two female descendants of Lot married into the covenant family line and were ancestors of the Messiah.

We all know the story of Ruth, the Moabites, marrying Boaz. Through their union, Ruth became the great grandmother of King David and eventually the Messiah came from her blood-line. Another descendant of Lot was a woman named Naamah. She was an Ammonite who was one of the many wives of King Solomon. Through their union, Naamah gave birth to a son, Rehoboam, who is listed as an ancestor of the Messiah (1 Kings 14:21,31; Matthew 1:7).

Abraham took another wife after Sarah died. Her name was Keturah. She bore Abraham six sons. Not wanting to make family matters worse, Abraham gave gifts to these sons and sent them away to live near Esau.

“But Abraham gave gifts to the sons of the concubines which Abraham had; and while he was still living he sent them eastward, away from Isaac his son, to the country of the east” (Genesis 25:6).

In Part Three we continue this amazing story of the mother of all family feuds examining how it became “The Origins of the Arab People.”