A world where Jews have no safe houses 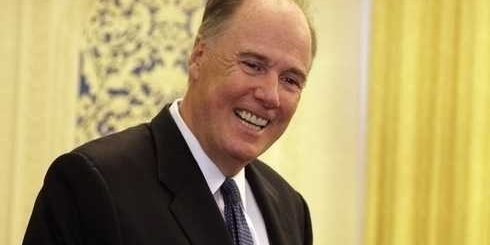 Not so long ago, Jews everywhere understood the bottom-line benefit of being Jewish. They may have put it differently, but in the end it was this: To be Jewish means you have safe houses all over the world. Heaven forbid you have to run and hide, you can turn to another Jew — even one of different denomination, of different politics, of different sexual orientation — to hide you. “Home,” as Robert Frost famously said, “is the place where, when you have to go there, they have to take you in.” That kind of solidarity was the default connection of all Jews to one another.

And perhaps it still is, in conditions of extremis. A mega forest fire, a terrible terrorist incident, a famine, the urgent need for a bone marrow transplant: We take care of one another, no questions asked. Lost and friendless in Krakow or Bangalore? Find “Levy” in the phone book and ask for help. Kol Yisrael arevim zeh ba’zeh: All Jews are reciprocally responsible for each other.

Except it is no longer quite so, neither in Israel nor here in the United States.

In Israel: I have, by now, too often seen the faces contorted by hate, heard the curses — “Death to the leftists” — witnessed the stones being thrown and the soldiers, the young soldiers, becoming comfortable with arrogance. Words like “traitor” have become part of conventional discourse. A journalist acquaintance in Israel writes that the new anti-boycott law amounts to fascism. Right-wing extremists attack the jeep of Nitzan Alon, chief military officer in the West Bank, and mount protests outside his home, accusing him of holding left-wing opinions. Deputy State Prosecutor Shai Nitzan, responsible for cases of freedom of speech violations, is said to fear for his life. A group of close to 800 ultra-Orthodox protesters tries to block a central Jerusalem thoroughfare in an attempt to prevent the desecration of the Sabbath, calling the police ”Nazis” and throwing objects at them. Avigdor Lieberman, Israel’s foreign minister, calls for an investigation of leftist human rights groups, which he calls “terror groups and terror supporters.”

Lieberman’s own distorted understanding of human rights — and, for that matter, of terrorism — is no surprise. But his effort goes beyond the marginalization of groups devoted to human rights norms; it calls for their demonization. And that, in a nutshell, is the trend in Israeli political discourse these days.

A friend wrote to me from Israel: “There is nothing to be depressed about because nothing is new. While the current deterioration into an open totalitarianism in Israel is a result of the transformed identity of the Knesset majority, in itself it is not a new phenomenon. The dark idiocy of Jewish identity — am levado yishkon, a people that dwells alone — has existed here at least since the 1920s. The identity and self-perception of around half of the Jews here does not allow a State of the Jews as part of international community. It goes back to the roots of the Maccabean revolt: the obscurantist groups among the Jews (the self-declared ‘true Jews’) that do not want to live in the world in dignified harmony with other people.” Or, as I suspect, do indeed want to, but cannot get beyond their wounds, wounds that cripple their ability to “live in dignified harmony with other people.” Or, internally, with one another.

And here in America? Here, where a senior executive of a Jewish federation tells me that despite his passionate private objections to Israel’s policies in the West Bank, he cannot allow any daylight between the organization he heads and the policies of the elected government of Israel? All right, then, I ask him, what of your responsibility to let your constituents know that there are respectable and responsible alternative views? What of your responsibility to educate your community? What of the need to prepare your constituents for the withering of Israeli democracy? What of respect for truth? No, he replies; not my agenda. Yet another happy ostrich, intentionally unaware of the gravity of the situation, both in Israel and here.

Demonization here, too? Look no further than the ugly — truly ugly — response to JStreet. JStreet is imperfect; imperfection is, after all, the norm this side of the grave. But the apoplectic fits that otherwise thoughtful — or is that being too kind? — people display regarding JStreet don’t involve the clucking of tongues; they are spat out with incomprehensible venom.

Safe houses? Be careful. Try not to need them.