The Dangers of Dominionism 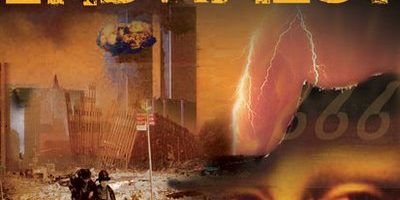 I am of the firm conviction that it is only through the theological framework of Historical / Classic / Apostolic Premillennialism that one can truly follow Jesus in the manner that He proscribed in the New Testament.

I am also of the firm conviction that Dominion theology fundamentally undermines both Christian theology and practice, and is responsible for some of the greatest failures of the Church historically.

Christian Dominionism, alternately called Post-Millennialism, Kingdom Now theology, Theonomy, or Christian Reconstructionism is very popular in many quarters of the Charismatic Movement and is gaining influence in many mainstream Evangelical churches as well.

In recent years, something known as “The Seven Mountain Prophecy” has gained a broad following among many charismatics. This “prophecy” holds that God is calling the Church to conquer the following seven spheres of influence: Family, religion, education, entertainment, media economy, and finally the government.

Christian Dominionists often interpret Jesus’ commandment to “go into all the world and make disciples of all nations” in a way similar to the recent American Neo-conservative program of spreading democracy and nation building. Many Dominionists are less focused on good old fashioned evangelism and more focused on the next election. When the primary emphasis of Christian change is directed toward law and government, the change is primarily an external one, enforced from without.

Premillennialists on the other hand, view Jesus’ commandment to “make disciples of all nations” as speaking simply of making disciples of individuals from all nations. This is a change that begins internally, reaching one heart at a time, ultimately changing society and culture from within.

Christian Dominionism is rooted in a dualistic Greek-philosophical influenced worldview rather than a holistic Hebraic-Biblical worldview. When one embraces the dualistic Greek-philosophical worldview, they will either overly focus on conquering this world (as Dominionism does) or escaping to heaven (as Pre-Trib Rapture Dispensational Premillennialism does). Classic Premillennialism fixes its hope not in this present world, nor in an eternal immaterial heavenly state, rather in the day when heaven and earth become one under the headship of Christ. Biblical hope has always been fixed on the resurrection of the righteous dead and the redemption of all creation.

The danger of Dominionist theology is in its emphasis on taking over the earth for Jesus. This may sound good to some, but once this is viewed as the mission of the Church, rather than the mission of Jesus at the time of His return, then the mandate of dominion must also logically extend to every facet of government, law, and even the military. Historically, whenever the Church has achieved this level of complete control, the result has always been catastrophic.

Simply stated, Dominionism is the way of Islam, not genuine Christianity. The genuine gospel has always called Christians to imitate their master who Himself suffered martyrdom out of love even for His enemies. The cross has always been the ultimate expression of who God is, and how we are to follow Him. Jesus is our model, not Muhammad.

Nor did the crusader Church. Rather than embracing the cross and extending God’s offer of mercy to all mankind, (even to the point of martyrdom), instead the crusader Church guided by Dominionist theology, painted the sign of the cross onto their shields as they went forward to conquer the world.

Of course Anders Breivik ran rough shod over numerous fundamental commandments of both the Old and New Testaments, but it is clear that among his varied mixture of beliefs, he is in lock step with many elements of the ideology of Christian Dominionism.

Simply stated, if Breivik were truly following the teachings of Jesus, he could not have committed this atrocity. According to the Premillennialist worldview, Christians are not to cling to this world, rather we are to embrace a “pilgrim” or “stranger” identity in the midst of this present system. Of course, Christians are to exert a positive influence in this world as “salt” or “light”, as evangelists, heralds and ambassadors, but this is a far cry from actually seeking to conquer it.

For the early Premillennialist Church, the pinnacle of Christian expression was martyrdom: laying down one’s life for the salvation of unbelievers, not in order to conquer them. Within the Premillennialist worldview, martyrdom is the ultimate victory and the ultimate expression of imitating Jesus. Within the triumphalist Dominionist theological framework, martyrdom is at best a temporary setback.

Because the Premillennialist’s ultimate hope is the physical resurrection of the body and the coming Kingdom of God on the earth, fearlessly losing one’s life for the gospel is the ultimate expression of faith in that future reality.

In reading Anders Breivik’s writings, it is clear he was deeply troubled by the storm clouds brewing over Europe. While his response was clearly demonic, his concerns regarding the future of Europe are legitimate. The demographics don’t lie. But the genuinely Christian response to such looming darkness is found only in the example of Jesus. Even as Jesus Himself overcame this world through martyrdom, so also does the Bible inform Christians that they will also overcome the final onslaught of the devil through martyrdom:

I beheld, and the same horn made war with the saints, and prevailed against them… And he… shall wear out the saints of the most High… and they shall be given into his hand… —Daniel 7:21,25

And it was given unto him to make war with the saints, and to overcome them: and power was given him over all kindreds, and tongues, and nations. —Revelation 13:7

And they overcame him by the blood of the Lamb, and by the word of their testimony; and they loved not their lives unto the death. —Revelation 12:11

Anders Breivik’s may have called himself a Christian but his worldview was the antithesis of what Jesus taught and modeled. Christians of all stripes will rightly renounce Breivik’s actions without reservation. But if the Church hopes to genuinely follow Jesus and overcome the very dark days ahead, it must with one voice renounce the theological worldview of Dominionism and return whole-heartedly to the Premillennial worldview and the early Church theology of martyrdom.

Below is a brief run down of the spectrum of Christian engagement and how it is related to the eschatologies of Premillennialism and Post-Millennialism / Dominionism:

The slippery slope of Dominionism:

Absolute Dominionism (actively pursuing complete triumph of the Church in every sphere of influence, including government, law, military. Dominion mandate extends beyond animals to include all of mankind) (Crusader Christianity, the anti-Gospel)