Israel must reach out to Hispanic-Americans 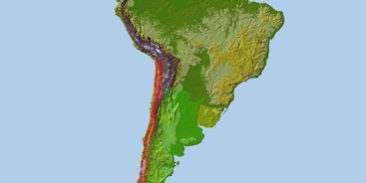 By all accounts, Israel continues to enjoy widespread support among a large portion of the American public.

Despite the hostility shown toward the Jewish state by the current occupant of the White House, sizable majorities of Americans from across the political spectrum continue to value Israel as a reliable ally.

And while the American Jewish community, along with growing numbers of evangelical Christians, forms the core of this popular support, it is evident that strong pro-Israel sentiments are not limited to these two groups.

This is clearly borne out by polling data as well as consistently rock-solid Congressional backing for the nation.

Nonetheless, with all due respect to the shared values and historic bonds that underlie American- Israeli relations, the shifting sands of public opinion must not be taken for granted.

After all, the United States is undergoing a profound demographic transformation. America’s face is changing, and so should Israel’s hasbara, or efforts at public diplomacy.

Nowhere is this more pressing than in the need to reach out to America’s burgeoning Hispanic, or Latino, population. In the decades to come, they will play an increasingly prominent role in molding American life.

Put simply, we have to do more to make Israel’s case to them, directly and in Spanish.

Consider the following: According to data collected by the US Census Bureau, Latinos are now the fastest-growing minority in America. In the past two decades alone, their population has more than doubled to over 50 million people. That means that one out of every six Americans is now Hispanic, and they account for nearly a quarter of all those under the age of 18.

Since 2000, The Wall Street Journal recently reported, the Hispanic share of the population grew in every one of the 50 US states.

Mark Lopez, associate director of the non-partisan Pew Hispanic Center, estimates that more than 80 percent of US population growth through the year 2050 will come from immigrants and their children, the overwhelming majority of whom are Latino.

Hispanic-Americans are making their presence felt in all sectors of American life, from pop culture to the playing fields to political campaigns. It is only a matter of time before their political clout matches their demographic prowess.

IN ORDER to ensure continued strong US backing for Israel, it is essential that we educate Hispanic- Americans about the Jewish state and the challenges that it faces.

In recent years, a number of American Jewish organizations have begun to do just that, with AIPAC and the American Jewish Committee leading the charge. Israeli consulates in various parts of the US that are home to large Hispanic populations have also been investing greater resources in this direction.

But much more needs to be done, from organizing regular trips to Israel for prominent Latino leaders to translating and disseminating basic materials in Spanish to reaching out to the burgeoning Spanishlanguage press.

There is a wide and influential variety of Spanish media outlets that reach tens of millions of Americans and serve as their primary source of information and entertainment. Israel has got to start tapping into this important medium to get its message across.

Toward this end, the government should consider appointing a roving ambassador tasked specifically with reaching out to Latino-Americans.

Of course, such efforts need to recognize the diversity that exists among Latinos, who are far from a monolithic group. While Mexican-Americans make up the largest group, there are also significant numbers of Puerto Ricans, Cubans, Salvadorans and others.

If we do not start to better understand this community and take its growing influence more seriously, Israel and American Jewry will only lose out.

Indeed, in the coming decades, the success of preserving broad US support for Israel may very well rest on our ability to cultivate stronger relations with Latinos. Hence, building bridges between them and American Jews and Israel is now more crucial than ever.