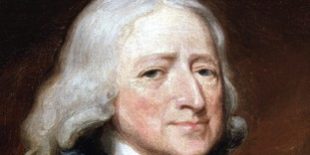 Today, Christian Zionism stirs up all sorts of reactions within the confessing church and sometimes is regarded as extreme or even heretical as a theological position. Those taking this view forget that some of the greatest leaders of the church through history held this position.

Indeed, a good case can be made that the original Apostles did (Acts 1:6). The documents of the early church reveal that, for much of the first three centuries of the fledgling church, this was the predominant view.

The Puritans of the 17th century, who gave us democracy and the authorized King James Bible, were Christian Zionist by belief. The world’s greatest revival was led by Christian Zionists, even though the term was not yet in use. I am referring to the Wesley brothers, Charles and John. Leading Pietists in Switzerland, Moravia, Germany and Sweden also held “Restorationist” views.

Thus, great church leaders have held Christian Zionist views, just as great church leaders have not held these views. This in turn means that we should be very careful how we handle this matter, and it should never divide us or bring us to a place of hostility, even if we are right! Further, it is instructive to note that there can be excesses on both sides of this issue within the Church.

For instance, Christian Zionists who are not anchored theologically tend to “rubber stamp” all that Israel does.

They drift toward dual covenant teaching, become “Judaizers” and lack compassion for the Arab peoples of the region.

Meantime, Christians who adhere to Replacement or Fulfillment theology tend to drift toward anti-Semitism, are disconnected from the purpose of God in Israel’s restoration, embrace deviant methods of biblical exposition, and can end up supporting sinister agendas for the destruction of Israel.

At its heart, Christian Zionism is the belief that the land of Canaan was bequeathed to the Jewish people as an “everlasting possession” (Genesis 17:7- 8) within God’s purposes for world redemption. This divine promise was ratified in the Abrahamic covenant.

There is absolutely no evidence in the Bible that this promise has at any point been annulled or reconstructed, as the Replacement camp contends.

The Abrahamic covenant carries a two-fold promise. That is, a promise that salvation would come to all the world through a “seed” of Abraham – that is, Jesus (Genesis 12:3; Galatians 3:15-18); and a promise that the descendants of Abraham would inherit the land of Canaan as an everlasting possession (Genesis 17:7-8; Psalms 105:7-12).

The Jewish people, while mediating the Abrahamic covenant to the world, are required to radiate the light that they mediate! Their disobedience does not cancel the covenant, but it does remove from them the privilege of enjoying its benefits. Thus, rebellion has meant the loss of residency in the land they otherwise own. This is the warning of the Torah and the abiding lesson of the major and minor prophets. This is why God always warns them, but at the same time encourages them with restoration and blessing (Amos 9:9-15).

It is thus not biblical to suggest in any way that the Abrahamic covenant has been abolished or reconstructed.

Equally, it is not biblical to assert that the Jewish people can live on all the land promised to them without reference to their spiritual condition. It is on these critical points that both adherents and detractors of Christian Zionism often falter!