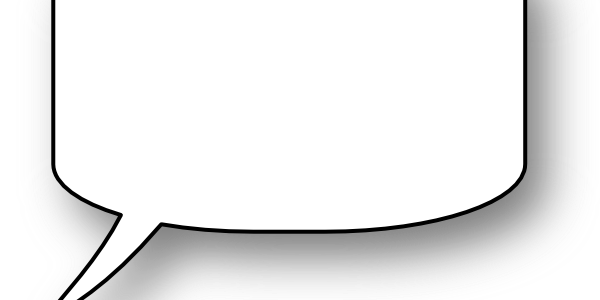 Its long past time for the pro-Israel media to cease using self-wounding words and terms such as, “pro-Palestinian activists” or “peace activists” when describing those who are hostile to the Jewish state. Better to simply call those miscreants on board the attempted flotillas, or those attempting to fly to Israel to create anti-Israel demonstrations, as “duped” or “brainwashed” pro-Arabs.

The mainstream, mostly leftwing media will, no doubt, continue to use such sanitized terms as “pro-Palestinian activists,” and describe Arab terrorists whose deeds are egregiously bloody as “militants.” This inherent animus towards Israel is, no doubt, a backhanded way for much of the leftist and mainstream media to continue bashing the Jewish state while pretending at the same time that it is not anti-Semitic.

But there is no reason for those media outlets that support Israel’s cause to parrot the hostile phraseology of the Israel haters. The same applies to the counter-productive use of terms such as “settlements” or “settlers” – often still used by the Israeli media itself when describing Jewish and Israeli communities.

Those words, when used in English, conjure up an alien presence in someone else’s land. Such a suggestion is, of course, patently untrue, but that is what the Arab and Muslim world, along with its duped western supporters, would have everyone believe about Jewish communities, especially those within Israel’s biblical and ancestral heartland: Judea and Samaria (known erroneously by the Jordanian Arab name, West Bank.). A native people, the Jews, restored to their ancient homeland cannot be called settlers.

No, it is time for pro-Jewish and pro-Israel media outlets to describe Jewish communities in future – and always – for what they truly are: villages and towns. They are, after all, often rebuilt upon, or close to, the sites of ancient biblical Jewish villages of the same name. It is ridiculous to automatically call Arab communities as villages and towns when the overwhelming majority of today’s Arabs in the territories are descendants of the massive illegal Arab immigration into Eretz Yisrael (the Land of Israel) during Britain’s occupation of Mandatory Palestine in the early years of the 20th century.

That flood of non-Jews from neighboring failed Arab states was a deliberate attempt by successive British governments and their officials to swamp the Jewish community (the Yishuv) with alien Arabs, thus denying through demographic means Jewish sovereignty in its homeland. This was perpetrated at the same time that obstacles were deliberately placed in the way of Jewish immigration into their ancestral spiritual and physical  homeland.

The most perfidious of these devices organized by Britain was the notorious 1939 White Paper, which was an act of appeasement of the oil rich Arab world just prior to the outbreak of World War 2 and resulted in the doors of Mandatory Palestine essentially slamming shut in the face of the millions of desperate European Jews seeking refuge from the German Nazi juggernaut of death that was already bearing down upon them.

The Arab communities – those who now call themselves Palestinians – can overwhelmingly trace their history back not for centuries or millennia but for perhaps a century, if that. It is these Arab communities, therefore, that should be termed settlements: not villages.

As I mentioned earlier, the sooner we stop using the word, “Palestinian” in our media reports the better. Use simply “Arab” instead. There is no sovereign, unique or identifiable ethnic people called Palestinians. They are indistinguishable from Israel’s Arab neighbors. And there are no “Palestinian” territories. It is a fraud, and repeating such words only perpetuates one of the biggest scams in history. Let us all remember that throughout recorded history there has never, ever, been an independent sovereign state called Palestine; certainly not an Arab one. Palestine has been merely a geographical territory, like Patagonia or Siberia.

I myself always use the term, “… the Arabs who call themselves Palestinians.” It may be a little long but it does have a certain ring to it and the more people who use it, and the more often it is used, the sooner “Palestinian,” when related to a so-called Arab people by that name or territory, will be delegitimized.

Also, in relation to the mostly young “duped” and “brainwashed” students and individuals who are sent by ISM, and other anti-Israel groups, to riot and cause demonstrations inside Israel, whether it be future flotillas, fly-inns or boycotters, what better opportunity upon their arrival to educate them into the realities of the Arab-Muslim war of genocide against the Jewish state.

There are enough Israelis, young and old, who are surely capable of turning these “duped” and “brainwashed” young people into becoming friends and supporters of Israel instead of being mindless cannon fodder for the hate Israel organizations.

Besides, what a delicious revenge it would be for the Jewish state to send these people back to their respective countries, liberated now into becoming supporters of the very nation that the Israel bashers pay large sums of money to these duped youngsters to demonize. Now that’s true “peace and justice,” a term, which when used by the hate Israel crowd loses all credibility, respect and meaning.

After all, it is written in the Talmud that, “… the greatest of heroes is he who turns an enemy into a friend.”