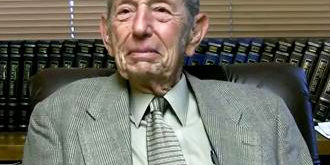 The executive director of a ministry that works with the persecuted church in the northern reaches of Vietnam says he’s outraged that a “prophecy” by an American preacher apparently cost the lives of many tribal Hmong people who believed it.

The prediction by Harold Camping, 89, of Oakland, Calif.-based Family Radio, was that Jesus Christ would return to Earth to “rapture” his followers to heaven on May 21.  Camping said mankind had run out of time, and the Creator of the universe would arrive on that Saturday.

The horrific aftermath of the unfulfilled prophecy was reported by James Jacob Prasch, a key leader of Moriel Ministries, which emphasizes the “last days apostasy” discussed in the Bible and ministers to persecuted church members.

The organization describes itself as a “teaching ministry to believers” that brings awareness of issues such as the “social gospel” and ecumenical efforts that “masquerade” as Christianity.

Prasch routinely travels and meets with members of the Christian body worldwide. A recent trip took him to Vietnam, where a large number of the Hmong tribal peoples of the nation’s Central Highlands are Christian.

They are referred to in the West as Montagnards.

They had heard of Camping’s prophecy and not having sophisticated methods for evaluating its validity, took it literally, he explained.

The result, for many, was death, Prasch reported in an email to supporters:

After listening to a translation of Camping’s prediction 7,000 of these people (known in the West as Montagnards) gathered on a mountain praising God their suffering at the hands of the communist regime was about to end because Jesus was returning that day in May to establish a new kingdom,.

The police and military police slaughtered many of them at gunpoint – beheading two pastors. Others were arrested. I am told by Hmong pastors that so many were shot dead that they were buried in mass graves bulldozed over in an episode that I read about in Britain but did not understand the magnitude of until I got here.

Prasch reported that he spoke to a secret meeting of Hmong pastors to explain to them “false prophets and false teachers.”

“Due to a combination of poverty, ignorance and persecution these poor Christians don’t understand much so they believed Camping’s shortwave broadcast which is how most get their teaching,” he said.

Now “their families don’t know if their missing loved ones are among the many shot dead, among those arrested and imprisoned, or among those from the 7,000 hiding in the jungle,” he said.

“These people already suffering for their faith in Jesus had it bad enough. They are not like the undiscerning whackos in the West who should have known Camping was a crackpot and a proven false prophet and false teacher,” Prasch reported. “This is a persecuted church who just had no means to know any different. This is why … I warn so much about false teachers and false prophets.”

He continued, “Of course we can blame Satan and the communists but their blood is on the hands of Harold Camping and his Family Radio. Women without husbands, children without parents, husbands without wives.”

A WND request of Family Radio for comment did not generate a response.

When Camping’s expected rapture did not occur, International Business Times reported Lyn Benedetto of Antelope Valley, Calif., slit the wrist and throat of her two daughters and then slit her own, claiming to prevent them from going through the “Tribulation” on May 21.

A neighbor summoned an ambulance in time for them to be hospitalized.

Upon hearing the story, Camping said, “Murdering is terrible. It is contrary to everything the Bible teaches. That would have been a horrible thing if she has done that. That will make me weep. That will fill me with sorrow that she would do that. The Bible teaches that we are to save life, not kill. If it is going to be death, leave it to God. God knows who He wants to kill and make alive. That is His business, not our business.”

Asked if he would take responsibility for such incidents, Camping said no.

WND reported just months ago when authorities in Vietnam harassed hundreds of Christians by scheduling holiday events, then abruptly canceling them without notice.

Montagnard Foundation Director Kok Ksor said at the time the government’s actions over the Christmas parties were consistent with how it deals with Christianity in general.

“The government lies like that all the time. They will say that the people have religious freedom and they say they allow people to worship God and that all beliefs are protected by law,” Ksor stated.

“That’s a lie and the people listen to them. I don’t know why,” Ksor said. “It’s not the only time. Every year people get hurt because they want to worship God. Now the people can’t do anything for fear of the police.”

Even earlier, WND reported on a typical attack on the people of the Central Highlands where the Montagnards live.

Dieu Suoi, a Christian, was tortured by police and prison officials. He was arrested in 2005 “because he was a house church Christian who refused to join the official church,” the foundation said. He was beaten with batons and shocked, then imprisoned. His health deteriorated in prison, and in 2007, police returned him to his family, who insisted he be hospitalized because he had been beaten so badly they hardly recognized him. Suoi, 30, died two days later.

Prasch said, “Please pray for these people and the work of Moriel Asia branch here among the Hmong. We are trying to get 5,000 outlawed Hmong Bibles printed.”

The prediction that Jesus would return May 21 was not the first time Camping made a false prophecy. He similiarly forecast Christ’s return in 1994.

“This guy is something else,” Richard Myers, the administrator of abibleanswer.org, told WND. “We are calling for the Family Radio board to remove him.”

In a posting on Myers’ website, he says the board of directors of Family Radio is just as culpable as Camping in the spreading of erroneous information:

In the aftermath of his glaring error, Camping has adjusted his prediction for the end of the world to Oct. 21 of this year.