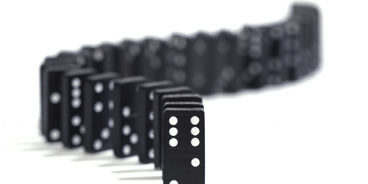 Last Saturday Hizbullah chief Hassan Nasrallah gave Hizbullah-backed Lebanese Prime Minister Najib Mikati the political equivalent of a public thrashing. Last Thursday Mikati gave a speech in which he tried to project an image of a leader of a government that has not abandoned the Western world completely. Mikati gave the impression that his Hizbullah-controlled government is not averse to cooperating with the UN Special tribunal for Lebanon. The Special Tribunal just indicted four Hizbullah operatives for their role in the 2005 assassination of former Lebanese prime minister Rafik Hariri.

But on Saturday night, Nasrallah gave a speech in which he made clear that he has no intention whatsoever of cooperating with the Special Tribunal and that since he runs the show in Lebanon, Lebanon will not cooperate in any way with the UN judicial body. As an editorial at the NOW Lebanon website run by the anti-Hizbullah March 14 movement wrote, last Saturday night Nasrallah “demolished Mikati’s authority and the office from whence it comes, and used it as a rag to mop up what is left of Lebanese dignity.”

Just as it always has, the fate of Lebanon today lies in the hands of outside powers. Hizbullah rules the roost in Lebanon because it is backed by Syria and Iran. Unlike the US and France, Iran and Syria are willing to fight for their proxy’s control over Lebanon. And so their proxy controls Lebanon. It follows then that assuming the US and France will continue to betray their allies in the March 14 democracy movement, Hizbullah will be removed from power in Lebanon only if its outside sponsors are unseated.

And it is this prospect, more than the UN Special Tribunal that is keeping Nasrallah up at nights.

Last month France’s Le Figaro reported that Hizbullah has moved hundreds of long-range Iranian built Zilzal and Fajr 3 and Fajr 4 missiles from its missile depots in Syria to Lebanon’s Bekaa Valley. The missile transfer was due to Hizbullah’s fear that Syrian President Bashar Assad’s regime is on the verge of being toppled.

According to Tariq Alhomayed, the editor in chief of Asharq Alawsat in English, Assad fired his provincial governor of Hama following Friday’s demonstration for not shooting the demonstrators. Assad’s move is yet another clear sign that he has no intention of compromising with his opponents. He will sooner destroy his country then let anyone else rule it.

And this makes sense. A son of the Alawite sect that makes up just 12 percent of Syria’s population, Assad has no serious support base in Syrian society outside his family-controlled military. He has repressed every group in his society including much of his own Alawite sect. As Syria expert Gary Gambill noted in Foreign Policy on Thursday, Assad has no post-regime prospects. And so he can entertain no notion of compromise with his people.

Like Hizbullah, Assad’s ability to survive is also going to be determined elsewhere. To date, the US has backed Assad against the Syrian people and Europe has gone along. In contrast, the Iranians and their Hizbullah proxies are actively working to ensure their favored outcome in Syria. In testimony before the Knesset’s Foreign Affairs and Defense Committee on Tuesday IDF Intelligence chief Maj. Gen. Aviv Kochavi repeated his previous claim that Iran and Hizbullah are actively assisting Assad’s forces in killing and repressing the Syrian people. Kochavi explained, “The great motivation Iran and Hizbullah have to assist comes from their deep worry regarding the implications these events might have, particularly losing control of their cooperation with the Syrians and having such events slide onto their own territories.”

From Iran’s perspective, the prospect of a renewal of the Green Movement anti-regime protests is the gravest threat facing the regime today as it reaches the nuclear threshold. As Iran expert Michael Ledeen wrote this week at Pajamas Media, the Iranian regime itself is plagued by internal fissures due to escalating estrangement and rivalry between President Mahmoud Ahmadinejad and supreme dictator Ali Khamenei.

Their infighting can be compared to pirates arguing over the division of their stolen loot as their ship sinks to the bottom of the ocean. Iran’s economy is failing. Its inflation rate is around 50 percent. Its people hate the regime. Lacking the ability to win the public over through politics, since the Green Movement protests in 2009 the regime has simply terrorized the Iranian people into submission. Their fear of their people has only grown since the anti-regime protests in the Arab world began last December. And in line with this heightened fear, the regime has tripled its rate of public executions since the start of the year.

The Iranian regime understands that if Syria falls, it is liable to lose its ability keep its people down. The Alawite- dominated Syrian military is far more loyal to the Assad regime than the Iranian army is to the Iranian regime. And there have already been multiple defections from the Syrian army among the junior officer corps.

If Assad falls then Hizbullah will lose its logistical supply-line from Iran. Hizbullah will be so busy fending off challenges from no-longer-daunted Lebanese Sunnis empowered by their Syrian brethren, that its operatives will be less available to kill Iranian protesters. Fearing insubordination in the ranks of its military and Revolutionary Guards, in 2009 the regime reportedly brought Hizbullah operatives to Iran to kill anti-regime demonstrators.

With the US compliant with Assad and maintaining its policy of appeasing the Iranian regime, the only outside government currently making an attempt to influence events in Syria is Turkey. Although it is being careful to couch its anti-Assad policy in the rhetoric of compromise, given Assad’s inability to make any deal with his opponents, simply by calling for him to compromise, the Turkish government is making it clear that it seeks Assad’s overthrow. Turkey’s talk of sending troops into Syria to protect civilians and its willingness to set up refugee camps for the Syrians from border towns fleeing Assad’s regime goons, make clear that Ankara is vying to expand its sphere of influence to Damascus in a post-Assad Syria.

Ankara’s plans are all the more apparent when seen in the context of Turkish Prime Minister Recip Erdogan’s moves to reinstate Turkey as a regional hegemon along the lines of the Ottoman Empire. To this end, according to a report this week in the Hindu, since Erdogan’s Islamist AKP Party formed its first government in 2003, it has been actively cultivating ties with Muslim Brotherhood movements throughout the region. The Egyptian Muslim Brotherhood has deep ties to the Turkish government and the Palestinian Muslim Brotherhood branch Hamas has been publicly supported by Erdogan’s government since 2006. In the event that Turkey plays a significant role in a post-Assad Syria, it can be expected that the Syrian Muslim Brotherhood would fairly rapidly take control of the country.

Many commentators have argued that Turkey’s anti-Assad stance indicates that the recent warming of ties between Teheran and Ankara, (which among other things saw Erdogan siding with Iran against the US at the UN Security Council), is over.

But things in the Middle East are never cut and dry. While it is true that Turkey and Iran are rival hegemons, it is also true that their also allied hegemons. The Muslim Brotherhood in Egypt, Syria and Gaza have close ties to Hizbullah and Iran as well as Turkey. Al Qaeda in Lebanon has close ties to Syria and working relationships with Hizbullah.

Then again, if Assad is overthrown, and his overthrow reinvigorates the Iranian Green revolution, given the pro-Western orientation of much of Iranian society, it is likely that at a minimum, Iran would drastically scale back its sponsorship of Hizbullah and other terror groups.

For Israel Assad’s overthrow will be clear strategic gain in the short and medium term, even if a post-Assad Syrian government exchanges Syria’s Iranian overlords with Turkish overlords. Syria’s main threats to Israel stem from Assad’s support for Palestinian terrorists and Hizbullah, and from his ballistic missile and nuclear programs. While Turkey would perhaps maintain support for Palestinian terrorists and perhaps for Lebanese terrorists, they do not share Syria’s attraction to missiles and nuclear weapons as Iran does. Moreover, they would not have a strong commitment to Hizbullah and so the major threat to Israel in Lebanon would be severely weakened.

Moreover, if Assad’s potential overthrow leads to increased revolutionary activities in Iran, the regime will have less time to devote to its nuclear program and its nuclear installations will become more vulnerable to penetration and sabotage. A successor regime in Iran will likely seek close ties with the West and be willing to pay for those ties by setting aside Iran’s nuclear program.

In the long-term, the reestablishment of a Turkish sphere of influence in the Arab world in Syria, Lebanon, the Palestinian Authority and Egypt through the Muslim Brotherhood will be extremely dangerous for Israel. With its jihadist ideology, its powerful conventional military forces, its strong economy and its strategic ties to the US and Europe, Turkey’s rise as a regional hegemon would present Israel with a difficult challenge.

Despite the massive dimensions of the anti-regime protests, it is still impossible to know how the situation there will pan out. This uncertainty is heightened by the US’s passivity in the face of the uprising against its worst foe in the Arab world.

Given the strategic opportunities and dangers the situation in Syria presents to it, Israel cannot be a bystander in the drama unfolding to its north. True, Israel does not have the power the US has to dictate the outcome. But to the extent it is able to influence events, Israel should actively assist the non-Islamist regime opponents in Syria. This includes first and foremost the Syrian Kurds, but also the non-Islamist Sunni business class, the Druse and the Christians who are all participating the anti-regime protests. Israel should also oppose Turkish military intervention in Syria and openly advocate the establishment of a democratic, federal government in Syria to replace Assad’s dictatorship.

It might not work. But if it does, the payoff will be extraordinary.