PA to Apply to Security Council Next Week for UN Membership 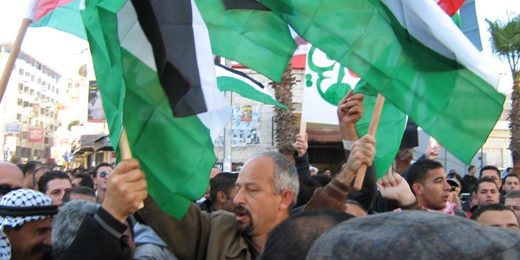 On Wednesday, July 6, the Palestinian Authority notified the Obama administration that early next week it would file with the UN Security Council a request for admission to the United Nations as a full member recognized as an independent state within the 1967 borders.

But debkafile’s Washington sources report the US had got in first, having agreed with European powers and Russia on a ploy for deferring the Palestinian request. The Security Council would agree to discuss it behind closed doors without setting a date. A senior American official commented: The Security Council will stall by keeping the matter “under consideration” on its regular agenda.

PA Chairman Mahmoud Abbas knew what was going on: That is why his chief negotiator Saeb Erekat said in Washington Thursday, July 7, that there is no contradiction between the Palestinian application for UN recognition and the restart of negotiations with Israel. What Erekat had in mind was the US-French initiative -first revealed exclusively by debkafile Tuesday, July 5 – for the convening of an Israeli-Palestinian peace summit on September 2 in Paris. If this plan takes off, President Barack Obama will come to Paris to join President Nicolas Sarkozy in declaring the talks open alongside Israeli Prime Minister Benjamin Netanyahu and PA Chairman Mahmoud Abbas.

By putting off a Security Council debate, the US, France, Israel and the Palestinians have won two months to get negotiations off the ground and moving forward. The Americans hope to bring Turkey aboard for the effort, to which end it is necessary to end the quarrel between Ankara and Jerusalem in that time.

According to US and Israeli sources, Abbas was given to understand that whatever happens, even if the talks stall again, Washington would stand in the way of a Security Council discussion of the Palestinian application. Abbas would then have to decide whether to circumvent the Security Council and take the Palestinian request for recognition of its statehood to the UN General Assembly when it convenes in September.

Tuesday, July 5, debkafile’s sources disclosed the US-French plan to convene an Israeli-Palestinian peace summit in Paris on Sept. 2 after ending the Libyan war.

Back to the main story: The Obama and Sarkozy administrations are working together on a plan to convene an Israel-Palestinian peace summit in Paris on Sept. 2 shortly after the Libyan war is brought to a close, debkafile’s Washington and Paris exclusive sources disclose. If they can pull it off, Presidents Barack Obama and Nicolas Sarkozy will join Prime Minister Benjamin Netanyahu and Palestinian leader Mahmoud Abbas at a summit in the French capital to announce the restart of Israel-Palestinian peace talks, thereby calling off the unilateral Palestinian request for UN recognition of an independent state.

President Obama’s Special Adviser Dennis Ross and senior French diplomat Jean-David Levitte are leading the effort to get this summit off the ground. According to the US-French plan, it will take place shortly after the Libyan war is brought to a close – ideally by a four-way accord between the US, France, Muammar Qaddafi and the Libyan rebels or, failing agreement, by a crushing NATO military blow in which the United States will also take part. The proposed accord would be based on Muammar Qaddafi’s departure and the establishment of a power-sharing transitional administration in Tripoli between the incumbent government and rebel leaders.

To this end, negotiations are going forward with the concerned parties. Russia and the African Union have been drawn into the drive to end the war in Libya. One stumbling block still remaining is Qaddafi’s demand for his sons to be part of the proposed transitional administration in Tripoli.

To clear the way for the Paris summit, Ross recently put before Netanyahu Obama’s revised formula for the starting-point of negotiations with the Palestinians: Israel would accept the 1967 borders with territorial swaps in exchange for Palestinian recognition of Israel as the national state of the Jewish people. Just this week, the Israeli prime minister said that if the Palestinians recognized Israel as the Jewish homeland, the other outstanding issues could be easily and quickly resolved.

However, it is not clear whether the revised formula had won prior Palestinian approval before it was presented in Jerusalem or Washington intended to later squeeze this concession out of Mahmud Abbas and so drive a crack in the deadlock which has frozen the peace track for more than seven months.

At all events, Netanyahu’s reply was qualified. He accepted the new US formula in principle, but batted the ball back into the White House’s court. debkafile’s sources in Jerusalem and Washington disclose that he made acceptance contingent on President Obama publicly and formally affixing his signature to President Bush’s letter of April 2004 to then-Prime Minister Ariel Sharon. This letter constituted a presidential commitment to support negotiations with the Palestinians based on UN Resolution 242 (which promised Israel defensible borders), to refrain from demanding Israel’s return to the 1949 lines, and to acknowledge the existence of major Jewish population centers on the West Bank as demographic changes occurring in the years since the Six-Day War.

The prime minister is now waiting for an answer from the White House.

Our sources in Jerusalem explain that this exchange encapsulates the US-Israeli-Palestinian debate over how much territory the land swaps would leave Israel and the Palestinians respectively in future agreements on their borders.

Up until now, the Palestinians have insisted on a ratio of one kilometer in pre-1967 Israel for every kilometer awarded Israel on the West Bank. This ratio Jerusalem has found to be unacceptable. A comprehensive study commissioned by the prime minister’s office from the National Security Council found that the big settlement blocs on the West Bank cover roughly 8 percent of West Bank area. Giving up an equal area of Israeli territory would imperil its security no less than a flat return to the 1967 borders. Israel cannot therefore afford to cede more than 4 percent of its sovereign territory at most. The Palestinian demand for parity in the mutual exchanges of land is therefore rejected by Jerusalem.

Jerusalem is reverting to the Bush letter and its reaffirmation of UN Resolution 242 – not just because it better addresses Israel’s security needs more advantageous, but also because, “You can’t just toss out UN Resolution 242 and Bush’s letter to Sharon,” Netanyahu has been saying in recent private talks. In his view, the Obama White House cannot simply ignore a presidential commitment given by his predecessor personally to an Israeli prime minister.

In the opinion of the prime minister and his advisers, the formula incorporated in Obama’s May 19 speech requiring Israel to return to the 1967 borders with mutual land swaps and accept a non-demilitarized Palestinian state is tantamount to giving up on secure borders. The UN 242 and the Bush commitment upheld this principle and is therefore the option preferred in Jerusalem.