The Promised Land: A screenplay or a sham? 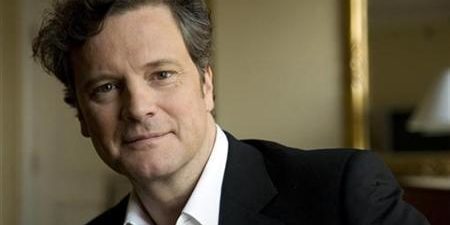 Sometime towards the end of 2011 or early in 2012 a new British made film may be released called The Promised Land. It will not be like Exodus, Cast a Giant Shadow, Sword in the Desert or Hill 24 Doesn’t Answer.

Those were movies sympathetic to the epic struggle by the Jews of British Mandatory Palestine (the Yishuv) to liberate their land from Britain, and the subsequent struggle to defend it against the overwhelming Arab invasion during the 1948 Arab-Israel War.

This new film will star Colin Firth, fresh from his success in The King’s Speech. Firth apparently will play the role of British Assistant District Commissioner, Robert Chambers.

Avraham Stern, shown as Britain’s one-man nemesis in the movie, was the leader of the Lechi Underground (Fighters for the Freedom of Israel) whom the British Authorities chose to denigrate by using the pejorative term; the Stern Gang.

Avraham Stern was killed, unarmed, in his Tel Aviv apartment by two British policemen. Stern, like all the members of the Jewish underground, was tormented by Great Britain’s 1939 White Paper, which effectively had closed the doors of Mandatory Palestine to the Jews fleeing for their lives from the German Nazi juggernaut of death.

Britain’s policy of appeasement of the Arabs and obstructionist diplomacy towards the fate of the European Jews before, during and after the Second World War was finally exposed in 1972. The British Government released the minutes of cabinet meetings from the early 1940s, vindicating what Avraham Stern and the Jewish underground always knew or suspected.

Menachem Begin who led the Irgun Zvai Leumi fighters, becoming Israeli Prime Minister in the 1970s, wrote these bitter words long before the minutes of the British cabinet meetings were revealed:

“One cannot say that those who shaped British Middle Eastern Policy at that time didn’t want to save the Jews. It would be more correct to say that they eagerly wanted the Jews not to be saved.”

The cabinet minutes included a decision by Britain to protest to the International Red Cross, which was in advanced plans to transfer 40,000 Jews to Turkey from Nazi threatened Hungary with the intention that they would be given refuge in Mandatory Palestine.

The protest was sent, claiming that the IRC had no right to save the Jews without permission of the British government. Britain opposed the transfer of the Jews lest they entered Mandatory Palestine. The Jews, all 40,000, were subsequently sent to the gas chambers.

In Arthur Morse’s book, While Six Million Died, released cabinet minutes by the British government are also quoted as follows:

“We have received the views of the Foreign Office on the proposal of the U.S. Treasury to license the remittance to Switzerland of $25,000 dollars as a preliminary installment to be expended on the rescue of Jews from France and Rumania. The Foreign Office is concerned with the difficulties of disposing of a considerable number of Jews, should they be rescued.”

These are but two examples of British government policy in the early years of the war and needless to say, the French and Rumanian Jews were not saved but subsequently exterminated.

The cold hearted and obdurate refusal to offer real humanitarian aid to the vast majority of stricken Jews left its mark on Avraham Stern, now seen as a selfless and heroic martyr in Israel for fighting that injustice, and the Jewish resistance to continued British occupation of what was left of Palestine west of the River Jordan. Britain had already severed eastern Palestine (comprising four fifths of the original Mandate territory) and given it away to the Arab Hashemite tribe in 1922. It is present day Jordan.

After the war, Britain’s left-wing Labor Government continued the anti-Jewish and pro-Arab policies. Jewish bitterness turned to finally ending the long British occupation that had lasted since 1920; a period which included a betrayal by numerous British officers of the original 1917 Balfour Declaration.

From 1946, Jewish survivors from the German death camps tried to reach Mandatory Palestine and escape the European charnel house. They came in leaking and unseaworthy hulks only to find British warships blocking their entry. Many were sent to camps in Cyprus, Mauritius or even back to Germany.

The film that director Michael Winterbottom is now working on in which two British policeman, Thomas Wilkin, and Geoffrey Morton,hunt down the unarmed Avraham “Yair” Stern, storm his apartment on Mizrachi Street in Tel Aviv and kill him is, according to those who have presumably also seen the screenplay, taken completely from a British viewpoint.

The Jewish characters are portrayed in a highly negative manner. The screenplay is written to show atrocities committed solely by Jews who are described as terrorists.

Laurence Coriat provided the screenplay, which, according to Joel B. Pollack writing in Andrew Breitbart’s Big Hollywood blog, embodies an anti-Israel bias. Pollack wrote his piece in February 2011 and the screenplay may well be different once the final draft is approved.

According to Pollack, Israeli actress Mili Avital refused to participate in the movie after reading the screenplay:  “…it was so anti-Zionist that I closed it after 20 pages. I read it and there were tears in my eyes…it pains me to read how (Winterbottom) describes the beginning of Zionism from such an extreme point of view.”

Coriat, however, in 2006, apparently signed an open letter accusing Israel of harming Lebanese infrastructures, omitting however to mention the cause of Israel’s military response: Hezbollah’s unprovoked attack within Israeli territory and the killing and kidnapping of Israeli soldiers.

It seems it is open season now on Jews to rewrite history with an anti-Israel and ant-Jewish bias while studiously avoiding any labeling of Arabs and Muslims – todays and yesterday’s true terrorists – as such due to self-imposed British political correctness.

Much of what really took place during those days of extreme passion and rage is left out in the film. Atrocities committed by British soldiers and police are ignored, which casts yet more doubt on the credibility or fair and balanced nature of the script.

Historical correctness should trump political correctness. The film makes no mention, for example, of the British military unit, which on May 6, 1947 arrested 16 year old Alexander Rubowitz for putting up posters in Jerusalem on behalf of Lechi. The soldiers took the boy away and bludgeoned him to death with a rock. The leader of the unit, one Farran, was arrested but acquitted by a military court.

Similarly several members of the underground were hanged, not for fighting troops, but merely for possessing handguns. British soldiers bombed Jerusalem’s Ben Yehuda Street killing 50 civilians and wounding 100. All the while Arab attacks upon Jewish civilians were resulting in hundreds more dead and wounded. None of this will apparently be shown in the movie.

If the movie does not expose the Jewish suffering, the deadly Arab assaults and the heavy handed British policies towards the Jewish population then this film will be yet one more in a catalogue of anti-Israel canards. Colin Firth is a fine actor. Let us hope his reputation remains intact and is not compromised by a dubious script for The Promised Land.

Hopefully there are others who can prevail upon Michael Winterbottom to balance the screenplay before it is too late,thus preventing millions more who watch the movie from being swayed into joining the ranks of the hate Jews and Israel crowd.

Victor Sharpe is a freelance writer and author of volumes one and two of Politicide: The attempted murder of the Jewish state.