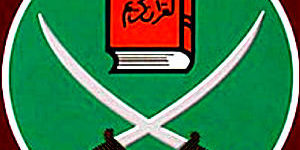 The Obama Administration on Wednesday signaled that it will reestablish official ties with Egypt’s rising Islamist power, the Muslim Brotherhood.

When former Egyptian dictator Hosni Mubarak was ousted earlier this year, the Obama Administration insisted that the Brotherhood was a fringe group, and that detractors were making too big a deal of the Islamists influence in Egyptian society.

But an unnamed White House official told Reuters that the administration has had to face facts and is now determined to “engage with all of the parties that are competing for parliament or the presidency” in Egypt.

The Muslim Brotherhood, while not actively involved in terrorism at present, has a very violent past and continues to support allied terror groups across the region. The Brotherhood also has a stated long-term goal of establishing an Islamic caliphate, first in Egypt, then stretching across the Middle East, and finally encompassing the whole world.

But first, the Muslim Brotherhood wants to see Egypt return to a state of war with Israel, an entity that it sees as a blight on the Muslim Middle East.

There is concern in Israel that if Washington can succumb to pressure to accept the Muslim Brotherhood, it may eventually open its arms to Hamas and Hizballah, too. After all, both of those groups also wield considerable political clout in their respective societies.