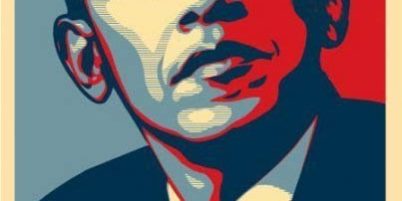 President Obama pressures Israel to adopt his initiative, which is based on the 1949 ceasefire lines, including the repartitioning of Jerusalem and land swaps. He implies that Israeli rejection of his initiative would undermine US-Israel relations, while advancing Palestinian maneuvers at the UN.

However, Obama lacks the domestic backing to effectively pressure Israel, which has recently gained in bi-partisan support on Capitol Hill and among constituents, while Obama lost the “Bin Laden Bump” and is struggling with a less than-50% approval rating.

Obama’s power constraints are derivatives of the Federalist system, which is based on limited government with a complete separation of powers and checks and balances between Congress and the White House, Congressional “Power of the Purse” and the centrality of the constituent in a political system of bi-annual elections. Therefore, legislators are more loyal to – and fearful of – their constituents than to their party or to the president. Moreover, the loyalty to constituents constitutes a prerequisite for re-election.

Obama’s constraints in pressuring the Jewish State emanate from the unique attitude of Americans – as early as the 1620 landing of the Mayflower, as well as the Founding Fathers – to the idea of reconstructing the Jewish Commonwealth in the Land of Israel. The solid and sustained support enjoyed by Israel in the US derives its vitality from the American people and from their representatives on Capitol Hill and in the legislatures of the 50 states more than from the president.

While the president plays a major role in shaping US-Israel relations, constituents and legislators laid the foundations to this relationship and they continuously codetermine its direction, tone and substance. They can also initiate, suspend, terminate and amend policies, direct presidents and overhaul presidential policies.

The results of the November 2010 Congressional elections revealed that Obama’s policies had lost the support of most constituents.

But, the “Poll of Polls” is conducted daily in Congress – a coequal branch of government – where hard-core support of the Jewish State has been bi-partisan, robust and steady. Majority Leader, Senator Harry Reid and Minority Whip Congressman Steny Hoyer publicly criticized (fellow Democrat) President Obama’s focus on the 1967 ceasefire lines.

Other key Democrats – whose cooperation is critical to Obama’s reelection campaign – have clarified that they expect him to veto any anti-Israel UN resolution. Just like their constituents – most Democrats value Israel as a unique ally, whose alliance with the US is based on shared values, mutual threats and joint interests.

Will Prime Minister Netanyahu leverage this unique American support, defying pressure and solidifying Israel’s posture of deterrence in the face of an unpredictably violent Middle East, where concessions breed radicalism, terrorism and war? Or, will he succumb to the psychological warfare launched by the White House?