Has God Forsaken His People? 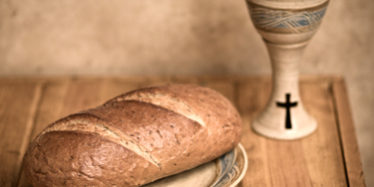 Some things are non-negotiable. God’s covenant with Israel is one of them. How could He have made Himself more clear?

He gave His oath to Abram, and reiterated it six more times to Abraham, to his son Isaac and to his grandson Jacob. On one occasion, “When God made His promise to Abraham, since there was no one greater for Him to swear by, He swore by Himself” (Heb. 6:13).

Why did God speak so decisively? It was because He “wanted to make the unchanging nature of His purpose very clear to the heirs of what was promised, He confirmed it with an oath’ (Heb. 6:17). God Who cannot lie bound Himself by an oath!

His covenant with Israel was reiterated through Moses, repeated by the prophets and rehearsed by the psalmists. Jesus Himself affirmed it (Matt. 19:28), Paul articulated it (Rom. 9-11) and the gates of the New Jerusalem announce it forever (Rev. 22:11-12). God has chosen Israel as His covenant people.

No matter what Israel does, God will never forsake them as a distinct people. In Jeremiah 31:31-34, the Lord declares that He will make a new covenant with Israel and Judah. But He doesn’t stop there. It’s as if He’s saying, “Now, don’t get me wrong! Don’t think that this new covenant means that I’m abandoning My people. No!”

This is what the LORD says, He who appoints the sun to shine by day, who decrees the moon and stars to shine by night, who stirs up the sea so that its waves roar – the LORD Almighty is His name: “Only if these decrees vanish from My sight,” declares the LORD, “will the descendants of Israel ever cease to be a nation before Me.” This is what the LORD says: “Only if the heavens above can be measured and the foundations of the earth below be searched out will I reject all the descendants of Israel because of all they have done,” declares the LORD (Jer. 31:35-37).

As long as there is a sun, moon, stars, earth, and sea, there will be a distinct people of Israel – no matter what they do. It’s God’s promise! It’s true!

“Is not Ephraim my dear son, the child in whom I delight? Though I often speak against him, I shall remember him. Therefore My heart yearns for him, I have great compassion for him,” declares the Lord (Jer. 31:20)

Look at how relevant God’s prophetic word is to our day and age. For centuries the Church, in arrogance, because of ignorance, claimed that she alone was the true Israel, that she had replaced the ancient covenant people. The Church taught that it was the Christians alone who were the true Jews. (How strange that these Christians were not claiming to be Jewish during the Holocaust!) The Church taught emphatically that the physical people of Israel (those who were ethnically Jewish and those who joined the nation through conversion to Judaism) were eternally rejected.

This is not some worn-out old doctrine. It is on the increase again in our day. Yet the Lord is not surprised. Twenty-five hundred years ago, He already addressed this issue:

The word of the LORD came to Jeremiah: “ Have you not noticed that these people are saying, ‘The LORD has rejected the two kingdoms He chose?’ So they despise My people and no longer regard them as a nation. This is what the LORD says: ‘If I have not established My covenant with day and night and the fixed laws of heaven and earth, then I will reject the descendants of Jacob and David My servant and will not choose one of his sons to rule over the descendants of Abraham, Isaac, and Jacob. For I will restore their fortunes and have compassion on them’ ” (Jer. 33:23-26)

People are still murmuring against Israel and despising the people and the nation.

God’s answer is still the same: “I will never reject them!”

What exactly did God promise Abraham and his descendants? How long are His promises good? Psalm 105 has the answer for us.

He remembers His covenant forever, the word He commanded for a thousand generations, the covenant He made with Abraham, the oath He swore to Isaac. He confirmed it to Jacob as a decree, to Israel as an everlasting covenant: “To you I will give the land of Canaan as the portion you will inherit” (Ps. 105:8-11).

Did God make himself clear? The Scriptures speak of God’s covenant, the word He commanded, His oath which He confirmed as a decree forever, for a thousand generations, as an everlasting covenant. The Lord is trying to make a point!

Amazingly, some teachers have tried to get out of this perpetual land promise to Israel. They claim that in the New Testament, neither Jesus nor the apostles ever reiterate this particular aspect of the covenant. But why should they reiterate it? When almost all of the New Testament was being written, about one million Jews were living in the Land, Jerusalem was the spiritual and national capitol and the Temple was still standing. And Jesus made it clear that, despite Jerusalem’s soon-coming destruction – a destruction that would last “until the times of the Gentiles are fulfilled” – He would come back to a Jewish Jerusalem (Luke 21:24; Matt. 23:37-39). Obviously Jews would be in the Land!

But there is another reason why Jesus and the apostles did not explicitly stress the land promise to their people. The specifics of God’s covenant with the patriarchs were so clearly stated in the Scriptures that it would have been a waste of words to repeat them all! David Brown, the respected nineteenth century Bible commentator, was correct when he said: “What is permanent in the kingdom of God under the Old Testament is PRESUMED in the New.”

And let all believers who question Israel’s rights to the Land, based on the New Testament, take note of this: The New Testament doesn’t state that Israel would be exiled from the Land either! Both of these Old Testament truths, Israel’s scattering and Israel’s regathering, are presumed in the New.

The covenant God made with Israel is just like the covenant He made with David. The Lord declared to David that He would establish a lasting dynasty for him. He gave this promise to David’s son who would succeed him on the throne:

When he does wrong, I will punish him with the rod of men, with floggings inflicted by men. But My love will never be taken away from him, as I took it away from Saul, whom I removed from before you. Your house and your kingdom will endure forever before Me; your throne will be established forever (2 Sam. 7:14-16)

What a wonderful word! In spite of David’s terrible sin and Solomon’s tragic backsliding, in spite of the godlessness of Davidic kings like Ahaz and Manasseh, the kingdom would never be taken from his physical descendants.

When the kingdom was divided and God gave Jeroboam the ten northern tribes, He did so to humble David’s descendants, “but not forever” (1 Kin. 11:39). He still left one tribe with the sons of David, “so that David My servant may always have a lamp before Me in Jerusalem, the city where I chose to put My Name” (1 Kin. 11:36). The King of kings and Lord of lords is a direct descendant of David! God was faithful to keep His word to David, and He is just as faithful to keep His word to Israel.

His covenant with Abraham is just as unconditional and everlasting as His covenant with David. Read Genesis 15 carefully. In ancient days, that is how covenants were made. Sacrificial animals were cut in two and their severed bodies placed in two lines. Both parties entering into the covenant would then walk between the carcasses. By doing so they were symbolically saying, “If I break this binding agreement, if I fail to uphold my side of the pact, then let me suffer the same fate that these animals have suffered.” But something was different in Genesis 15. Only God passed through the pieces! This was a one-way deal (see Gen. 15:17-21)

The Land belonged to other nations. But at the proper time it would be given to Abraham’s seed. If they violated the terms of the covenant – especially as expressed through Moses – then they would be punished and even driven temporarily from the Land. But just as God’s word to David stands firm, His word to Abraham endures, no matter what Israel does. This is what He said through Moses.

When the Israelites are…in the land of their enemies, I will not reject them or abhor them so as to destroy them completely, breaking My covenant with them. I am the LORD their God. But for their sake I will remember the covenant with their ancestors whom I brought out of Egypt in the sight of the nations to be their God. I am the LORD (Lev. 26:44-45; see also Deut. 4:27, 30-31)

Right now the great majority of the Jewish people are our “enemies” as far as the gospel is concerned. They reject our message (the Orthodox Jews reject it most strongly), and some even actively oppose it. As individuals, they forfeit their covenant blessings when they turn from Jesus the Messiah. But as a people, they are still elect and loved “on account of the patriarchs.” Otherwise, God’s promises have no meaning and election has no significance. “Abraham, I’m swearing by Myself, I’m putting My reputation on the line. I will bless your offspring always – no matter what. (But I may replace them with someone else one day!)” That is not the Lord that we serve.

God’s covenant with Abraham is just as unconditional and everlasting as His covenant with the Church. The Lord “saved us, not because of righteous things we had done, but because of His mercy” (Titus 3:5). Praise God, we were chosen by grace! But we are not the only recipients of the Lord’s unmerited favor. To Israel, Moses said:

The LORD did not set His affection on you and choose you because you were more numerous than other peoples, for you were the fewest of all peoples. But it was because the LORD loved you and kept the oath He swore to your forefathers that he brought you out with a mighty hand and redeemed you from the land of slavery, from the power of Pharaoh king of Egypt (Deut. 7:7-8).

Sounds familiar, doesn’t it? God’s covenants with Israel and with the Church are based on His promise, not our performance.

Old Testament Israel and the New Testament Church both stood, and still stand, by grace. Both received God’s eternal promises. Together we make up the family of God: The faithful ones of Israel and the chosen ones from every nation become one new man out of the two, one body, one people. “For through Him we both have access to the Father by one Spirit” (Eph. 2:18). Great is the wisdom of God.

Maybe the Koran is right!

* Excerpted from Michael L. Brown, Our Hands Are Stained with Blood, chapter 12.