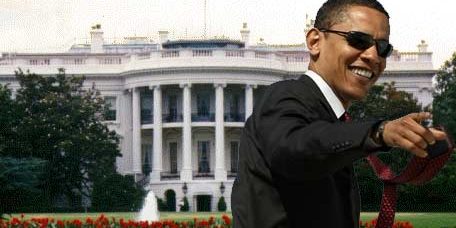 BY ELI LAKE, THE WASHINGTON TIMES—

A senior administration official Friday told American Jewish leaders that the request for Israel to endorse the president’s peace principles was part of an effort to head off Palestinian plans to declare an independent state at the United Nations in September.

Steven Simon, the new White House National Security Council senior director for the Middle East and North Africa, said he was looking to get both the Palestinian Authority and the Israeli government to adopt Mr. Obama’s “principles as a basis for negotiation,” according to a recording of the call played for The Washington Times.

Mr. Obama said last month, “the borders of Israel and Palestine should be based on the 1967 lines with mutually agreed swaps.” But the president has also rejected a set of U.S.-Israel understandings made during the Bush administration that tacitly accepted construction in some Jerusalem suburbs over the 1967 line.

Mr. Obama’s position would effectively reopen border negotiations between Israel and the Palestinian Authority that had been mostly settled in the last round of peace talks that ended in 2008.

The request of Mr. Netanyahu to publicly endorse those lines was made June 6 to the prime minister’s top peace negotiator, Yitzhak Molcho, at a meeting with Secretary of State Hillary Rodham Clinton at the National Security Council, according to an Israeli diplomat based in Jerusalem.

The diplomatic effort shows Mr. Obama is now ready to begin imposing general principles on both sides of the Israeli-Palestinian conflict, a tactic that until now the White House had avoided.

Mr. Simon, who served as the Clinton White House’s top counterterrorism official, said the United States had about a month to head off the Palestinian plan to declare a state during the annual United Nations General Assembly meeting set for September.

“We have a month to see if we can work something out with the Israelis and Palestinians as accepting these principles as a basis for negotiations,” he said. “If that happens we are somewhat confident that the Palestinians will drop what they intend to do in the U.N.”

Mr. Simon said Palestinians in general were supportive of the idea.

“We are working with the Israeli government to see whether they can accept these principles as a basis for negotiations,” he said.

Palestinian leaders have long said the 1967 lines, or the de facto borders of Israel prior to the 1967 Six-Day War, should be the basis of negotiations.

But since Israel’s victory in the war, successive governments have built Jewish suburbs in and around Jerusalem. Both Israeli and Palestinian negotiators agreed privately in 2008 talks, that most of these suburbs would remain part of Israel after a peace agreement, according to a Palestinian negotiation record first disclosed by the Al Jazeera news organization.

Last month, Mr. Obama, in a major foreign policy speech, endorsed the Palestinian position on the 1967 lines in his speech about the Arab Spring.

The New York Times reported that senior Obama administration officials were divided on whether the president should make mention of the 1967 lines in the way that he did.

The last-minute inclusion in the speech of language using the lines was a surprise to Mr. Netanyahu, who was en route to Washington when the president delivered his speech.

The tension over the 1967 lines lessened after Mr. Obama spoke to the American Israel Public Affairs Committee during Mr. Netanyahu’s visit. He clarified that the final borders between Israel and a future state of Palestine should take into account demographic realities and facts on the ground, a clarification that brought Mr. Obama closer to his predecessor President George W. Bush.

Mr. Bush, in 2004, wrote a letter to then-Prime Minister Ariel Sharon saying it was “unrealistic to expect that the outcome of final status negotiations will be a full and complete return to the armistice lines of 1949, and all previous efforts to negotiate a two-state solution have reached the same conclusion.”

The Israelis have long considered that letter to be the basis of a set of agreements with the Bush administration that would shield the Jewish state from criticism for building roads, housing and other developments inside the boundaries of the Jerusalem area settlements known as Maale Adumim.

Mr. Bush’s letter was written a year before Mr. Sharon became the first Israeli leader since Menachem Begin to dismantle settlements, when he withdrew from Gaza and four other settlements in the West Bank.