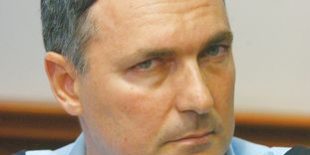 The Israel Police are in the midst of preparing for the possibility of wide-scale rioting this September, when Palestinians are expected to unilaterally declare statehood, newly appointed police commissioner Insp.-Gen. Yochanan Danino said in a speech before the Israel Bar Association in Eilat on Sunday.

“The Israel Police is currently preparing for September, and for the possibility that various declarations regarding a nonviolent civil struggle against the background of a declaration of a Palestinian state will end up becoming a violent conflict and turn into wide-scale rioting,” Danino said.

The police commissioner added that his forces faced a “new reality” due to areas of friction between populations, attempts to infiltrate Israel’s borders, and “calls on internet sites and Facebook to violate Israel’s sovereignty, as well as the the situation in which the whole of the Middle East is experiencing during these days.”

Intelligence officers have been working together with operational planners at police headquarters in Jerusalem, including Border Police, the Jerusalem police district, and the northern district, to draw up the plans.

“In this reality, we are obligated, as a security force, to expect all possibilities and various scenarios, and prepare accordingly. This is a national mission and a national challenge,” Danino said.

“The key to success for the state of Israel in containing these these expected incidents, at least from the security standpoint, is to have cooperation between the security forces, with a wide national perspective on the threats, potential scenarios, and the responses to them,” he added.