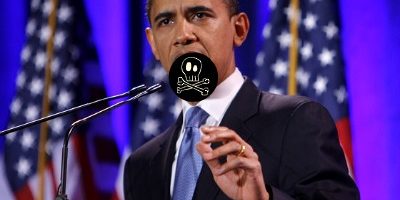 In his press conference with Prime Minister David Cameron in London on Wednesday, President Obama explained his thinking as to why he insisted that the first step in seeking a peaceful two-state solution between Israel and the Palestinians must be an agreement by Israel to accept the 1967 borders with mutually agreed-upon land swaps. Here is what he said:

“It is going to require wrenching compromise from both sides. In the last decade, when negotiators have talked about how to achieve that outcome, there have been typically four issues that have been raised. One is the issue of what would the territorial boundaries of a new Palestinian state look like. Number two: how could Israel feel confident that its security needs would be met? Number three: how would the issue of Palestinian refugees be resolved; and number four, the issue of Jerusalem. The last two questions are extraordinarily emotional. They go deep into how the Palestinians and the Jewish people think about their own identities. Ultimately they are going to be resolved by the two parties. I believe that those two issues can be resolved if there is the prospect and the promise that we can actually get to a Palestinian state and a secure Jewish state of Israel.”

This recent statement clearly reveals the underlying flaw in Obama’s thinking about the Israeli-Palestinian conflict. There is no way that Israel can agree to borders without the Palestinians also agreeing to give up any claim to a “right of return.” As Palestinian Prime Minister Salaam Fayyed once told me: each side has a major card to play and a major compromise to make; for Israel, that card is the West Bank, and the compromise is returning to the 1967 lines with agreed-upon adjustments and land swaps; for the Palestinians, that card is “the right of return,” and the compromise is an agreement that the Palestinian refugees will be settled in Palestine and not in Israel; in other words, that there will be no right to “return” to Israel.

President Obama’s formulation requires Israel to give up its card and to make a “wrenching compromise” by dismantling most of the West Bank settlements and ending its occupation of the West Bank. But it does not require the Palestinians to give up their card and to compromise on the right of return. That “extraordinarily emotional” issue is to be left to further negotiations only after the borders have been agreed to.

So it’s not so much what President Obama said; it’s what he didn’t say. It would have been so easy for the President to have made the following statement:

“I am asking each side to make a wrenching compromise that will be extraordinarily emotional and difficult. For Israel, this compromise must take the form of abandonment of its historic and Biblical claims to what it calls Judea and Samaria. This territorial compromise will require secure boundaries somewhat different than the 1967 lines that led to war. Resolution 242 of the Security Council recognized the need for changes in the 1967 lines that will assure Israel’s security. Since 1967, demographic changes have occurred that will also require agreed-upon land swaps between Israel and the new Palestinian state. This territorial compromise will be difficult for Israel, but in the end it will be worthwhile, because it will assure that Israel will remain both a Jewish and a fully democratic state in which every resident is equal under the law.

“For the Palestinians, this compromise must take the form of a recognition that for Israel to continue to be the democratic state of the Jewish people, the Palestinian refugees and their descendants will have to be settled in Palestine. In other words, they will have a right to return, but to Palestine and not to Israel. This will be good both for Palestine and for Israel. For Palestine, it will assure that the new state will have the benefit of a large and productive influx of Palestinians from around the world. This Palestinian diaspora should want to help build an economically and politically viable Palestinian state. The Palestinian leadership must recognize, as I believe they do, that there will be no “right of return” of millions of Palestinian refugees and their descendants to Israel. Compensation can be negotiated both for those Palestinians who left Israel as a result of the 1948 wars and for those Jews who left Arab countries during and after that same period.”

It’s not too late for President Obama to “explain” that that is what he really meant when he declared that Israel must remain a Jewish state and that any Palestinian government that expects compromises from Israel must recognize that reality. Central to Israel’s continued existence as the nation-state of the Jewish people is the Palestinian recognition that there can be no so-called “right of return” to Israel, and that the Palestinian leadership and people must acknowledge that Israel will continue to exist as the nation-state of the Jewish people within secure and recognized boundaries. Unless President Obama sends that clear message, not only to the Israelis but to the Palestinians as well, he will not move the peace process forward. He will move it backward.