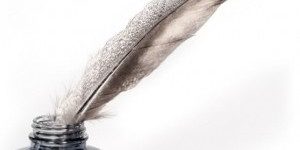 ABBAS: In November 1947, the General Assembly made its recommendation and answered in the affirmative.

FACT: SIXTY-FOUR years ago, just before Israel’s War of Independence in 1948, Palestinian Arabs launched a series of riots, pillaging, and bloodletting. This was followed by the invasion into Jewish Palestine of seven Arab armies from neighboring states attempting to prevent by force the establishment of a Jewish state in accordance with UN Resolution 181, known also as the 1947 Partition Plan. The Arab nations denounced the plan on the General Assembly floor and voted as a bloc against Resolution 181 promising to defy its implementation by force. The Jews accepted the UN Partition Plan.

There were 6,000 Israeli dead as a result of that war, in a population of 600,000. One percent of the Jewish population was gone. In American terms, the equivalent is 3 million American civilians and soldiers killed over an 18-month period.

To resuscitate Resolution 181 more than six decades after Palestinian Arabs rejected it “as if nothing had happened” are a baseless ploy designed to use Resolution 181 as leverage to bring about a greater Israeli withdrawal from parts of western Palestine and to gain a broader base from which to continue to attack Israel with even less defendable borders.

Ironically, in Article 19 of the PLO CHARTER, Mahmoud Abbas, chairman of the Palestine Liberation Organization contradict himself when he makes it clear – that the UN Partition Plan is “illegal.”

“Article 19: The Partition of Palestine in 1947 and the establishment of the state of Israel are entirely illegal, regardless of the passage of time…”

“Article 20: The Balfour Declaration, the Mandate for Palestine, and everything that has been based upon them, are deemed null and void. Claims of historical or religious ties of Jews with Palestine are incompatible with the facts of history and the true conception of what constitutes statehood. Judaism, being a religion, is not an independent nationality. Nor do Jews constitute a single nation with an identity of its own; they are citizens of the states to which they belong.”

ABBAS: key focus of negotiations will be reaching a just solution for Palestinian refugees based on Resolution 194, which the General Assembly passed in 1948.

FACT: Resolution 194, adopted by the UN General Assembly on December 11, 1948, addressed a host of issues, but only one paragraph out of 15 dealt with refugees created by the conflict. Resolution 194 attempted to create the tools required to reach a truce in the region. It established a conciliation commission with representatives from the United States, France and Turkey to replace the UN mediator. The commission was charged with achieving “a final settlement of all questions between … governments and authorities concerned.” The Resolution’s “refugee clause” is not a standalone item, as the Arabs would have us think, nor does it pertain specifically to Palestinian Arab refugees.

Of the 15 paragraphs, the first six sections addressed ways to achieve a truce; the next four paragraphs addressed the ways that Jerusalem and surrounding villages and towns should be demilitarized, and how an international zone or jurisdiction would be created in and around Jerusalem. The resolution also called on all parties to protect and allow free access to holy places, including religious buildings.

One paragraph has drawn the most attention: Paragraph 11, which alone addressed the issue of refugees and compensation for those whose property was lost or damaged. Contrary to Arab claims, it did not guarantee a Right of Return and certainly did not guarantee an unconditional Right of Return – that is the right of Palestinian Arab refugees to return to Israel. Nor did it specifically mention Arab refugees, thereby indicating that the resolution was aimed at all refugees, both Jewish and Arab. Instead, Resolution 194 recommended that refugees be allowed to return to their homeland if they met two important conditions:

1. That they be willing to live in peace with their neighbors
2. That the return takes place “at the earliest practicable date”

The resolution also recommended that for those who did not wish to return, “Compensation should be paid for the property … and for loss of or damage to property” by the “governments or authorities responsible.”

Although Arab leaders point to Resolution 194 as proof that Arab refugees have a right to returnor be compensated, it is important to note that the Arab States: Egypt, Iraq, Lebanon, Saudi Arabia, Syria, and Yemen voted against Resolution 194. Israel is not even mentioned in the resolution. The fact that plural wording also is used – “governments or authorities” – suggests that, contrary to Arab claims, the burden of compensation does not fall solely upon one side of the conflict. Because seven Arab armies invaded Israel, Israel was not responsible for creating the refugee problem. When hundreds of thousands of Arab Jews, under threat of death, attack and other forms of persecution, were forced to flee Arab communities, the State of Israel absorbed the overwhelming majority of them into the then-fledgling nation.

FACT: What Abbas wants the world to forget is the content of the “Mandate for Palestine,” an historical League of Nations document that laid down the Jewish legal right to settle anywhere in western Palestine, the area between the Jordan River and the Mediterranean Sea, an entitlement unaltered in international law.

The “Mandate for Palestine” was not a naive vision briefly embraced by the international community. Fifty-one member countries-the entire League of Nations-unanimously declared on July 24, 1922:

“Whereas recognition has been given to the historical connection of the Jewish people with Palestine and to the grounds for reconstituting their national home in that country.”

It is important to point out that political rights to self-determination as a polity for Arabs were guaranteed by the same League of Nations in four other mandates-in Lebanon and Syria , Iraq, and later Trans- Jordan .
Any attempt to negate the Jewish people’s right to Palestine-Eretz-Israel, and to deny them access and control in the area designated for the Jewish people by the League of Nations is a serious infringement of international law.

FACT: The Arab League’s April 10, 1948 decision to invade Jewish Palestine on May 14 to “save Palestine,” as the British Mandate ended, marked a watershed event, for it changed the rules of the conflict. Accordingly, Israel bears no moral responsibility for deliberately banishing Palestinian Arabs in order to “consolidate defense arrangements” in strategic areas, as the Jewish people organized to battle seven well-equipped and well-trained aggressor armies. With the pending invasion following Israel’s declaration of independence, it is no exaggeration to say the new Jewish state’s very existence hung in the balance.

The Palestinians were responsible for escalating the war – a move that cost the Jews thousands of lives and Palestinians their homes. By their own behavior, Palestinians assumed the role of belligerents in the conflict, invalidating any claim to be hapless victims. Explains scholar Benny Morris:

“One of the characteristics of the Palestinian national movement has been the Palestinians’ view of themselves as perpetual victims of others: Ottoman Turks, British officials, Zionists, Americans – and never to appreciate that they are, at least in large part, victims of their own mistakes and iniquities.”

ABBAS: Our territory is recognized as the lands framed by the 1967 border, though it is occupied by Israel.

FACT: Political figures and international jurists have discussed the existence of “permissible” or “legal occupations.” In a seminal article on this question, entitled What Weight to Conquest Professor, Judge Schwebel, a former president of the International Court of Justice, wrote: