Obama turns his sights to Israel 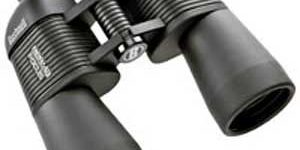 Word is that President Obama will deliver a comprehensive speech on the Middle East any day now. And as you know, there’s nothing — and I mean nothing — Americans want to talk about more during a prolonged economic downturn than Palestinian statehood. Hey, the White House might not be able to sign a budget, but it’s going to fix 2,000 years of strife halfway around the globe.  You just watch.

According to a Bloomberg report, Obama will urge Israel to halt West Bank settlement expansion and return to the 1967 “borders.” (There were never any 1967 borders, but that’s another story.) If this is true, the president of the United States will be asking an ally — though he probably bristles at such a narrow-minded concept — to accept a Judenfrei West Bank, washed of all aggressive settlers, prosperity and progress. The president, if the report is true, will be asking the Jews to surrender the old city of Jerusalem and place it under new management. Hamas-Fatah management.

Why, one wonders, wouldn’t Israelis jump all over such a fabulous offer?

It’s not that Hamas is a belligerent terrorist organization that won’t accept the existence of Israel — the Jews are blessed with similar neighbors in Syria, Hezbollahstan and soon-to-be Muslim Brotherhood Land. It’s that no treaty with Hamas is worth the parchment paper it’s scribbled on. Obama would never send a treaty with Hamas to the Senate, so why would we expect Israel to enter into one?

The Arabs, though, will also demand the ‘right of return’ for refugees. In truth, whether the Israeli government leans left or right, the probability of any return of “refugees” is as remote as the chance of my “returning” to a ghetto in autonomous Transylvania.

History moves on. The Arab world refuses. On al-Nakba day (belated greetings!) last week — a day on which Arabs mourn not the loss of West Bank or Gaza but the existence of a Jewish state in any configuration — the Syrian regime encouraged a few thousand Palestinian “refugees” to bum rush the border to deflect attention away from the ongoing brutalization of its own people. What’s another 12 lives?

How long will the world — and the American media — keep calling these people “refugees”? After more than 60 years, while the grandchildren of Arab exiles inhabit camps (giant slums at this point) near the Israel border, the offspring of hundreds of thousands of Jews who were expelled from Muslim lands in the late 1940s live in dynamic societies. Why is that? Vietnamese boat people do not live in camps. Nor do Cuban Americans. Nor do Arabs in Israel.

Peter Beinart, the anti-Israel theoretician, writing in The Daily Beast, recently bemoaned the fact that the United States was running out of time and would soon be unable to effectively influence Middle East policy — mainly because of “mindless” land grabbers of Israel. (As you can see on any map, as expansionist states go, Israel is an utter failure.)

Fact is, Israel doesn’t benefit from American prodding, typically unfurled to bolster the political aspirations of presidents. Obama has demonstrated that dependency on the United States — even though this dependency is greatly exaggerated by critics — is bad for Israel. It’s also a bad thing for us. Israel doesn’t benefit from American financial aid. What it needs is moral support, a trade partner and an ally. (A beneficial alliance is more than most nations who receive our aid offer in return.)

Beinart went on to make the tortured argument that the concocted flare up on Israel’s borders was an extension of the Arab Spring. Well, when the Arab world and the Palestinians undergo a genuine transformation toward liberalism and an acceptance of history, there might be lasting peace. Until then, we’re wasting our time.