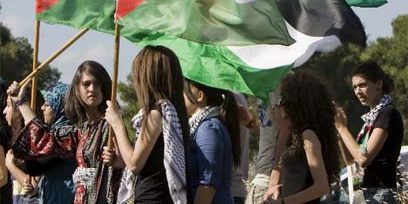 Independence Day over, ‘Nakba Day’ looming: Israel’s defense establishment is preparing for a possibly turbulent weekend as Palestinians mark what they view as the disaster inherent in Israel’s establishment.

Security officials have been assessing the volatile situation in the past week, and as of Wednesday the IDF will be boosting its deployment throughout Judea and Samaria. The army is preparing for various scenarios, including extreme violence, despite estimations that Palestinian security forces will aim to keep tensions low.

“We don’t want to be surprised or improvise a response at the last moment,” a military official said, while expressing his hope that quiet will prevail throughout ‘Nakba Day.’

Meanwhile, Israel Police officials are preparing for the possibility of Arab Israelis joining the protests and resorting to violence within the Green Line. Police officers fear that planned rallies and marches will turn into mass riots and will discuss the option of boosting police deployment over the weekend.

As opposed to previous years, the Palestinians have been calling for civil disobedience both in the West Bank and outside Israel, in states sharing a border with the Jewish state. The trend got underway with the launch of a Facebook page urging the Palestinians to embark on a third Intifada on May 15.

Elsewhere online, several groups are organizing with the aims of reaching Israel’s borders. One such initiative is being organized by the Islamic Brotherhood in Egypt, with university students expected to depart from Cairo Friday en route to the Gaza Strip border.

Tuesday evening, some 15,000 Arab Israelis took part in a ‘Nakba Day rally in the western Galilee region. The event was attended by Arab Knesset members and senior Islamic Movement figures.

However, it appears that there is no consensus on the Arab side, after the Islamic Movement walked out of the event because a female singer took the stage.

Speaking at the event, MK Ahmed Tibi said: “In 1948, ethnic cleansing was carried out through the destruction of 531 villages, the expulsion of hundreds of thousands, and the pulverizing of the Palestinian people.”

Referring to the so-called Nakba Law, aimed at combating displays rejecting the Jewish state’s existence, Tibi said: “This is an open wound in our heart, a narrative that is alive and kicking, and no law would change that. The Nakba Law deserves to be violated, and that’s what we did.”