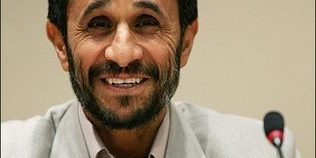 Iran’s President Mahmoud Ahmadinejad has survived one of the most turbulent political storms of his seven-year presidency, a stand-off with Iran’s supreme religious leader that caused some to believe he would be impeached or forced to resign as early as this past weekend.

But Mr. Ahmadinejad arrived in Istanbul for an international conference as planned, after accusing political enemies of dirty tricks and brushing off his weeks-long defiance of Ayatollah Ali Khamenei. At issue was a tussle over the key post of the Intelligence minister and the powerful role of Ahmadinejad’s chief of staff and in-law, Esfandiar Rahim Mashaie.

The feud drew a rare public rebuke of Ahmadinejad from Khamenei, whose unqualified support of the president’s disputed reelection victory in June 2009 — Khamenei called it a “divine assessment” — ensured that Ahmadinejad stayed in the post and set the tone for a brutal crackdown on pro-democracy protests.

The political turmoil is likely to extend far beyond the current spat to parliamentary elections next year and the presidential vote slated for 2013.

“Both Ahmadinejad and Khamenei have been damaged, because what has become evident that Ahmadinehad was genuinely trying to encroach on the powers of the supreme leader,” says Mehrdad Khonsari, an Iranian analyst and critic of the government who is based in London. “Ahmadinejad couldn’t carry the day and that’s why he backed down.”

“The fate of these two men were bound together in the aftermath of the elections,” adds Mr. Khonsari. “So the fact that they are feuding is a highly damaging matter … because fighting is seen at the very top of the hierarchy.”

HOW THE SPAT EVOLVED

Ahmadinejad dismissed the Minister of Intelligence, Heydar Moslehi, in mid-April, apparently because he found out that the ministry and Revolutionary Guard intelligence had bugged the offices of chief of staff Mr. Mashaie, according to an account in The Los Angeles Times.

Moslehi’s deputy, Hassan Abdollahian, had helped Mashaie discover that his office had been bugged and was subsequently fired, according to the Times. After Ahmadinejad sacked Moslehi, he picked Mr. Abdollahian for the top slot.

But within hours, Khamenei overturned the president’s decision. Ahmadinejad then refused to accept Khamenei’s ruling, and for 11 days boycotted official functions, from cabinet meetings to religious ceremonies. The spat turned into a full-blown political storm as the days went by, damaging the image of a unified leadership in the Islamic Republic as senior voices across Iran’s conservative spectrum — from grand ayatollahs and Revolutionary Guard commanders to parliamentarians — made clear their view that challenging Khamenei was akin to apostasy against God. Ahmadinejad was given a deadline by the supreme leader to accept the return of the Intelligence minister or resign, according to an videotaped account to followers by Morteza Agha-Tehrani, the hard-line “ethics” adviser of the cabinet, as described in the Guardian newspaper.

Before leaving for Istanbul on Monday, Ahmadinejad tried to reclaim the high ground, while restating his loyalty to Khamenei.

In fact, it is Ahmadinejad and his controversial chief of staff who have been widely accused of deviation from the tenets of Iran’s 1979 Islamic revolution, and from accepted Shiite religious practice. Some of Ahmadinejad and Mashaei’s close advisers have been arrested for “sorcery” in recent days.

Ahmadinejad this week repeated his statement that Khamenei’s relationship with him is like a father to a son. But even high-ranking hard-line voices in the regime, who have supported Ahmadinejad for years, have taken aim at the president this time.

“To obey and submit to the supreme leader is a religious duty that has nothing to do with politics,” said Ayatollah Mohammad Taghi Mesbah Yazdi, who has often been cited as the president’s spiritual mentor. He added that the president’s “legitimacy is based upon the approval of the supreme leader and not the popular vote,” according to a translation by Agence France-Presse.

Khamenei’s representative to the Revolutionary Guard, Hojatoleslam Ali Saeedi, had a similar warning for the president. He told Ahmadinejad that “resisting the supreme leader’s orders is opposition to God and the Hidden Imam…”

Ahmadinejad last week reaffirmed his allegiance to the velayat-e faqih — the post of supreme leader which gives Khamenei final say in all state affairs — but he and Moslehi did not appear in the same room during a Wednesday cabinet meeting.

The immediate crisis was finally defused on Sunday, when Moslehi was shown by Iranian state media sitting in a cabinet meeting, several chairs away from the president.

“We saw that some celebrated. They said the rift has been created,” Ahmadinejad told the cabinet on Sunday, according to a translation of state-run TV by the Associated Press. IRNA news agency quoted him saying that despite “propaganda by enemies over my absence , my entire life … has been geared toward velayat.”

The dispute over the top intelligence post is just one problem for Ahmadinejad, whose son is married to Mashaie’s daughter. Both men have not hidden their obsession with the 12th Imam — the Muslim messiah who Shiites believe will return one day to bring justice to the world — nor their view that this apocalyptic return is imminent.

But many in Iran, including many clerics, see a swift return of the messiah as superstition only — a view that played into the arrest of a handful of Ahmadinejad allies for “sorcery.”

Among them was Abbas Amirifar, who heads the president’s cultural affairs office, and was picked up on May 1 for promoting a DVD called “The Appearance is Imminent” that describes the president, supreme leader and chief of Lebanon’s Shiite Hezbollah movement, Sheikh Hassan Nasrallah, as paving the way for the return of the 12th Imam.

Other arrests have also been reported among those close to Mashaie — whom Ahmadinejad is widely believed to be positioning to succeed him as Iran’s next president — for “sorcery” and summoning of spirits.

“Certain people within the regime have forgotten the values of the revolution and seek to misrepresent Islam … but the people do not follow demons or djinns, and will not tolerate such deviance,” warned Revolutionary Guard commander Mohammad Ali Jafari.

Mashaie has drawn fire from hard-liners for promoting an “Iranian school of Islam” that amounts to Islam without clerics — a taboo notion is this religious regime. He has in the past spoken about the Israelis — citizens of Iran’s archenemy — as “beautiful people.”

When Ahmadinejad named Mashaie first vice president in 2009, Khamenei overruled him. But to the surprise of many, the president took one week to act on Khamenei’s order — and then snubbed the supreme leader by appointing Mashaie to be his chief of staff.

The political gamesmanship has shown Ahmadinejad to be a gutsy politician, in keeping with his accumulation of power in a presidential post that — almost by definition in Iran — has limited influence.

But the latest episode also shows a lack of judgment that will embolden Ahmadinejad’s enemies.

“I think he overplayed his hand,” says Khonsari in London, though he says Ahmadinejad is far from a lame duck president. “He’s just received a setback at this stage it has some political costs for him. But it’s not something that will cripple him just yet.”