'PA will get majority UN-recognition for Palestinian state' 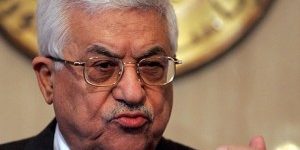 Senior Fatah Central Committee member Nabil Shaath on Tuesday estimated that the Palestinian Authority will be able to gain recognition for a Palestinian state from two-thirds of United Nations member states before September 2011.

PA President Mahmoud Abbas was expected to travel to France on Wednesday to meet with French President Nicolas Sarkozy to discuss recognition of an independent Palestinian state.

According to the A-Sharq Al-Awsat newspaper, Abbas will attempt to convince France to endorse a Palestinian state before the PA approaches the UN in September.

Furthermore, Abbas will reportedly try to convince German Chancellor Angela Merkel to recognize Palestinian statehood in a meeting scheduled for May.

The Palestinian goal is to garner as many “European recognitions” of a Palestinian state as possible before September, A-Sharq Al-Awsat reported.

Earlier Tuesday, the Los Angeles Times reported that the Middle East Quartet may try to reignite the peace process between Israel and the Palestinians by officially supporting, for the first time, the establishment of a Palestinian state along 1967 lines.

According to the report, Prime Minister Binyamin Netanyahu has been facing growing pressure to present a new strategy to resume peace talks and solve the Israeli-Palestinian conflict.

US and European diplomats warned that if Netanyahu does not present a new initiative, the US, Russa, the European Union and the United Nations will potentially endorse the creation of a Palestinian state along 1967 borders, with east Jerusalem as the capital.

Netanyahu acknowledged for the first time on Thursday that he will deliver a speech to a joint session of the US Congress at the end of May in which he will lay out the principles of his government’s diplomatic and security policies.

“Next month I will have the opportunity to present the principles of our diplomatic and security polices during my visit to the US,” Netanyahu said at a pre-Pessah Likud gathering in Tel Aviv.

Netanyahu is scheduled to go to Washington on May 22, and is expected to address Congress two days later.

On Wednesday, major donor nations in Brussels agreed that the Palestinian Authority is ready for statehood but urged it to achieve this goal through a negotiated solution with Israel rather than unilateral action.

“The PA is above the threshold for a functioning state in key sectors” based on assessments by the World Bank, the International Monetary Fund and the United Nations, the Ad Hoc Liaison Committee said in a statement it released after a meeting it held to assess the economic and institutional capacity of the PA.

The committee reaffirmed its “support for negotiations to end the Israeli-Palestinian conflict in full compliance with road map obligations.”

Last week, US Secretary of State Hillary Clinton said US President Barack Obama will lay out US policy towards the Middle East and North Africa in the coming weeks.

Obama will be speaking in detail about new plans, including “renewed pursuit of comprehensive Arab-Israeli peace,” Clinton told Arab and US policy makers in her speech at the US-Islamic World Forum last week, a gathering sponsored by Qatar and the Brookings Institution, a Washington think tank.

“The status quo between Palestinians and Israelis is no more sustainable than the political systems that have crumbled in recent months,” she said, saying the only way to meet both people’s aspirations was through a two-state solution.

“And while it is a truism that only the parties themselves can make the hard choices for peace, there is no substitute for continued, active American leadership — and the president and I are committed to that,” she added.

Tovah Lazaroff, Herb Keinon and Reuters contributed to this report.