Poll: 51% in US oppose unilateral creation of Palestinian state 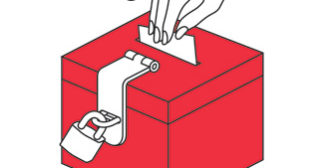 A new survey released Monday by the Israel Project, revealed support for Israel among the American public is strong.

The national survey, which included 800 registered voters from both major parties, and stated a margin of error of 3.46%.

Leaders from both the Democratic and Republican parties have also expressed their opposition to a unilateral declaration of statehood by the Palestinian Authority: US Ambassador to the UN Susan Rice, told the House Foreign Affairs Committee this week that, “The tough issues between Israelis and Palestinians can be resolved only by direct negotiations between the parties, not in New York,” referring to UN headquarters there.

Republican Committee Chairwoman Ileana Ros-Lehtinen added: “I ask that the US do all we can to ensure that the Palestinian lobby does not gain member status in the UN before negotiating a true peace with our ally Israel.”

Speaking about the theoretical declaration of a Palestinian state, Jennifer Laszlo Mizrahi, Founder and President of The Israel Project said: “Many Americans feel that the problem is not territory, but rather the culture of hate that encourages young Palestinians to commit acts of terrorism against Israeli civilians. They do not see how an empty declaration of Palestinian statehood can bring peace until the hatred ends.

“Israeli and Palestinian relations are very complicated with shared power, water, security and refugee issues affecting both sides,” she added. “These issues must be worked out before there is peace. It is vital to settle all the outstanding issues to the satisfaction of both sides with mutual respect and security.”

According to the poll, 61% of US voters said that Israel is making an effort for peace, while 53% believe the Palestinians are making “not much” or “no” effort.

“There is a clear perception that the Palestinians are not stepping up to the plate on working toward a real peace agreement.” Neil Newhouse, Republican partner of TIP’s bipartisan polling team, said.

Moreover, the Israel Project poll found that as political turmoil roils the Arab world, 58% of American voters think the United States should support Israel – a jump of seven percentage points since January.

“Instability in the region and recent events in Israel are causing an increase of support for Israel among the American electorate,” said Stanley Greenberg, Democratic partner of TIP’s bipartisan polling team.