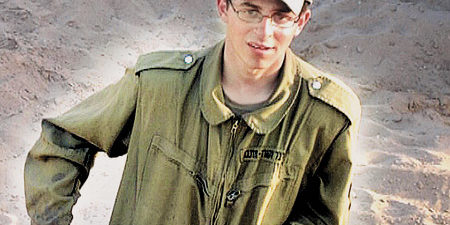 The sources said the Shalit family was informed of the news.

However, Abu Ubaida, a spokesman for Hamas’ armed wing, said Saname killing “will not affect our work” and dismissed Israel’s claims.

He said Israel “does not have the information about Shalit’s capture to be able to say who among our leaders had a role in its execution.”

Ubaida also accused Israel of “looking for an achievement as a cover for their crimes.”

The Air Force bombed another 15 terror targets in the Strip, including outposts, smuggling tunnels, and sites used to store and produce weapons. The army said that the targets were hit accurately.

Meanwhile, terror groups fired more than 120 rockets, mortar shells and missiles at Israel in the past two days, including more than 50 on Saturday.