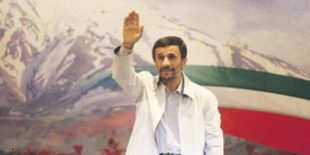 It has been falsely claimed of the late educator Ernst Simon (1899-1988) that he would intentionally avoid celebrating Purim. Uncomfortable with the idea that the Purim miracle included the killing of 75,000 enemies of the Jews, the traditional-minded Israel Prize laureate and co-founder of Brit Shalom purportedly would remain in Jerusalem on the 14th of the month of Adar (the day Purim is not celebrated in the capital) and go elsewhere on the 15th (the day Purim is celebrated in Jerusalem).

Those who knew Simon have flatly reject the rumor, which is also erroneously attributed to Prof. Yeshayahu Leibovitz. But its persistence demonstrates many Jews’ discomfort with the glorification of bloodshed.

Simon (and Leibovitz) had no reason to avoid the celebrations, which focus not on jingoistic revelry, but on the miraculous deliverance of the Jews from their Persian enemies. Even the dates chosen to celebrate the holiday mark the days when the Jews rested from their enemies, not the days when the battles and killing actually took place. Lacking evidence, many historians doubt the Purim event ever even happened.

The entire story could be a type of “what if” scenario concocted by a group of powerless Jews living in exile that belongs to the same genre recently explored by Quentin Tarantino in Inglourious Basterds.

Yet if you believe the propaganda presented by Iranian students at Avicenna University in the Hamadan region, Purim is all about celebrating “genocide.” Last December, hundreds of these students, incensed by scurrilous reports that Israelis were excavating under Al-Aksa Mosque on the Temple Mount, demonstrated in front of what is believed to be the tomb of the biblical Mordechai and Esther. The students called to turn the burial site into a “Holocaust” memorial to the thousands of “Iranian” victims of Esther and Mordechai. Shortly after the demonstration, the Iranian government ordered the removal of a sign identifying the mausoleum as an official pilgrimage site. A complaint filed by the Simon Wiesenthal Center’s director for international relations, Dr. Shimon Samuels, to UNESCO Director-General Irina Bokova has not changed the situation.

The Iranian regime’s cynical revision of Jewish history, which includes state-sanctioned Holocaust denial, is only a tiny part of the hell that is modern-day Iran.

According to an 18-page report presented this week by UN Secretary-General Ban Ki-moon, Iran has in recent months intensified its crackdown on opponents, as well as executions of drug traffickers, political prisoners and juvenile criminals. Ban also voiced concern at floggings, arbitrary arrests and torture of human rights activists, lawyers, journalists and opposition leaders, as well as barbaric punishments such as amputations for theft and stoning for alleged adultery.

THE ANTI-SEMITIC vitriol spouted by Iranian students against Purim is instructive here. Historically, treatment of Jews has been a barometer of a society’s health, be it Isabella and Ferdinand’s Spain, Lenin’s Russia, Mahmoud Ahmadinejad’s Iran or, for that matter, Ahasuerus’s Persia. When Jews are singled out for discrimination, it is an ominous sign for all. True, there are about 25,000 Jews living “peacefully” in Iran.

But, as Prof. Harold Gellis has noted in Community magazine, the Jews, in return for their safety, must demonstrate hostility to Israel, keep their schools open on Shabbat and not build any new synagogues. And while The New York Times’s Roger Cohen argued against a preemptive attack on Iran after a 2009 trip there – thanks, in part, to the country’s tolerance of the Jewish community – he also reported that a synagogue waved a sign reading “Congratulations on the 30th anniversary of the Islamic Revolution, from the Jewish community of Esfahan.” Imagine the sickly shame of playing the sycophant to a regime that virulently hates your people.

JUST THIS week, as if to honor the holiday spirit, Ahmadinejad’s Islamist regime sent Hamas advanced weaponry, which, had it not been intercepted by our navy, would have made it easier to kill Jews. But in a Purim-like ending, the Islamic Republic’s murderous intentions were foiled, at least this time.

Purim’s central message is particularly relevant today: The Jewish people should feel grateful for not always being on the receiving end of history’s tragedies, while recognizing that it is no cause for celebration when we are forced to use violence against our many enemies.