It is very nearly too late 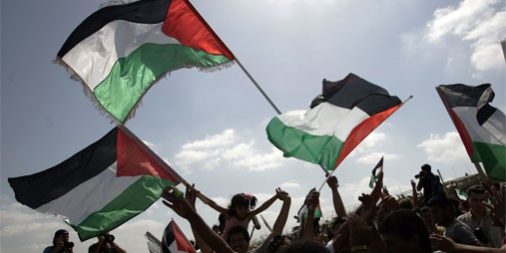 Something is becoming increasingly and distressingly apparent with every passing month: So many of us Christians who stand with God’s purposes for Israel are way, way behind, and way out of touch. We’re sleeping. We’re dreaming. We’re looking in the wrong direction and, those who are calling out are calling into the teeth of a gale that is drowning us out and preparing to blow us away.

The hour is MUCH later than we think. We’re listening for the sound of far off war drums, straining to see the first signs of a distant enemy. We’re easily distracted, quick to speculate, readily misled. We run to our services and conferences and introverted gatherings where we seek affirmation from those around us and feed off one another.

We proclaim our conviction that God is restoring His people to their land, and His land to its people, then caucus some more about new ways to “comfort” those people, even as we gaze expectantly at the clouds for the coming of our, Christian, king.

We’re so “Christian,” so “spiritual,” so “religious.” And while we fish around trying to identify the “signs of the times,” gaze at the clouds and try to prove WE are right about the “rapture,” the enemy is down here on the ground, racing right at us, baring his fangs.

Will we only waken when the stench of his breath blasts us all full in the face?

2010 ended with South American nations falling over one another to recognize a “State of Palestine” in the biblical and historical homeland of the Jews.

According to the PLO’s “foreign minister,” Riyad al-Maliki, another ten countries are set to recognize Palestine by the end of March.

Before another six months have passed, the “Palestinian” said, 150 countries around the world will have put their imprimatur on this, the Middle East’s 22nd Arab state.

The PLO will be ready to declare statehood by September of this year, and will win the universal endorsement of the world, Maliki said, – according to reports Thursday in the Israeli press.

“Our issue will be raised, not only by us, but by the international community as a whole including the United States.”

Also Thursday, Ha’aretz headlined as its top story a veiled threat by Norway’s foreign minister to recognize a Palestinian state unless Israel made an effort to get the stalled “peace” talks with the Palestinian Arabs underway.

“Europe is watching for results and initiatives towards a settlement of this conflict,” Jonas Gahr Store told the Israeli daily.

“The major challenge for Israel in this century is that it stands out as an occupier in breach of international law. This to me is a big challenge to the quality of Israel – which is to be a democracy and player in the first division in the world. I think that in key European capitals the hope to see change is thinner that it used to be.”

The Norwegian, who emerged “very disappointed” from a meeting with Israeli Foreign Minister Avigdor Lieberman, slammed the Israeli. “His message is clear: Forget it,” Store said.

Concerning the PLO’s efforts to muster world support for its declaration of statehood in September, Store said his country was “recognizing facts and not visions.”

“I would like to be the first to recognize the state of Palestine when negotiations have been completed. … If it is clear that there is no such prospect we will have to reevaluate.”

In an interview published in The Jerusalem Post this week another European foreign minister, Luxembourg’s Jean Asselboun, left no doubt that for the European Community, the whole issue of Palestinian statehood creation on historic Jewish lands is already resolved.

“Negotiations should have three very precise points – as defined in the Annapolis process: two-state-solution, Jerusalem as the capital of two states, borders of 1967.”

The question of the borders was the main thing, Asselboun insisted. “Once we define the borders, I think everything is possible.”

Asked pointedly who was to blame for the breakdown in the negotiations, Asselboun said “it is the Israeli responsibility.”

Last week, another senior PLO official crowed over his organization’s near success in getting the United Nations Security Council to condemn Israeli “settlement” activity in Samaria and Judea.

The fact that only a US veto prevented the passage of the resolution “proved that Israel is isolated internationally and is only protected by the America,” declared a delighted Nabil Sha’ath.

Asselboun agrees: “The resolution of the Security Council was vetoed by the Americans, but 14 other countries said ‘yes, that is what we say every day.’ So what is wrong with that?”

Some Israelis – politicians, national religious Jews and others – as well as many Christian friends of Israel, still delude themselves that a State of Palestine will never come about. If only the Jews can make their case for the right to this land loudly and clearly enough, they say, they will stop the juggernaut and everything will begin to move in the right direction.

Forget it. The world is ready – nay eager – to recognize and declare Palestine in the biblical heartland of the Jews.

The Arabs want a Palestinian state for one reason and one reason only – as a platform from which to launch the attack that will wipe out what is left of truncated little Israel.

The world is colluding in this effort, weakening the Jewish state even as Muslims all around prepare the weaponry and the hearts of their millions to gobble her up.

Make no mistake, our nations – yours and mine – will be held fully accountable by God for what they are doing. Of this I have no doubt.

Late? It’s way past late. As far as the Christian church doing anything to strengthen Israel against this antisemitic act of international piracy – this theft of Jewish lands – it’s very, very nearly too late.

Israel Is Not an Apartheid State
June 9, 2022
A Hard Left Turn Against Israel in the U.S. Congress
June 3, 2022
Red Alert: Not just the rise, but the acceptance of antisemitism—what can we do about it?
May 18, 2022
Glory or weakness?
March 22, 2022
Palestinian terror factions could ‘seek escalation’ for fear of losing limelight to Russia-Ukraine war
March 14, 2022
Germany loosens asylum requirements for Ukrainian Jews amid ongoing war with Russia
March 10, 2022