How Pro-Israel is Obama? Assessing the Post-Veto Fallout 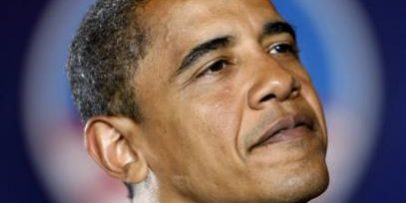 For the past two years the hottest debate in the pro-Israel community has been over how to assess the Obama administration. Despite the tense relationship with the Israeli government, the fights picked over building in Jerusalem and the pressure for a settlement freeze, there has been a considerable body of opinion that still insisted that Obama had basically changed nothing in the Israel-U.S. relationship.

Even most of those who took this position would concede that the atmospherics between Washington and Jerusalem were considerably worse than they were during the Bush administration. But they argued that when one looked coldly at the facts about the alliance, nothing had been altered. At the very least, they would contend, Obama was no worse than Bush or any other president, since no American leader had ever fully accepted Israel’s positions on territory, settlements or borders.

Their strongest argument consisted of citing the strong cooperation that has continued to exist between the U.S. Defense Department and the Israel Defense Forces. And on this point they are right, though for that to change it would have taken an overt and gratuitous effort by the White House that Obama has not made. So while he deserves credit for maintaining the close defense ties between the two allies, it is mainly for having the sense (both strategic and political) to have not tried to mess it up.

On the surface, the veto cast by the United States in the UN Security Council on Friday ought to be considered more proof of Obama’s steadfastness as a friend of Israel. When all was said and done, he followed in the footsteps of his predecessors and refused to allow the UN body to brand Israel a criminal lawbreaker. That this veto took place after an American effort to head off a vote by proposing a “statement” by the president of Security Council, rather than a formal resolution, was rejected by the Palestinians was testimony to the latter’s intransigence and not to Obama’s loyalty to his Israeli ally. And the unnecessary explanation given after the vote that branded the Jewish state’s position on the issue of settlements as “illegitimate” and went on to claim that they “threatened” peace and “devastate” trust undermined any notion of U.S. support for Israel.

Obama apologists could argue that opposition to settlements isn’t new. But the talk of the “illegitimacy” of the homes of not only the more than quarter million Israelis who live in the West Bank but of the more than 200,000 who live in the parts of Jerusalem that were illegally occupied by Jordan between 1949 and 1967 is something different. As with the fight that Obama picked in the spring of 2010 over building houses in an existing Jewish neighborhood of Jerusalem, this statement escalates a long-standing disagreement into a more serious dispute. Obama’s attempt to erase the distinction between the remote settlements that Israel has already said it would give up in a peace accord and those that the Bush administration conceded in a 2004 were established facts that must be respected was one thing. But Obama’s willingness to treat 40-year-old Jewish neighborhoods in Israel’s ancient capital as illegal settlements was quite another. Agreeing with those who wrongly claim all the settlements are illegal (as opposed to unwise or worthy of surrender for the sake of peace) was bad enough. But the American declaration on Friday (repeated by Secretary of State Hillary Clinton on ABC News on Sunday) that the Jewish presence there was “illegitimate” again places the issue in a different light.

Things could be worse. Had the U.S. not vetoed the resolution it would have been the final signal that this administration really was determined to cut loose the Israelis. But by showing that the veto was cast reluctantly and with ill will, the effect is not much different. So while relations could still deteriorate further, there is no doubt that Obama’s negative feelings toward Israel are becoming a serious factor in Middle East diplomacy that is making the already poor chances for peace worse and increasing the possibility that Israel’s foes will conclude that the Jewish state cannot count on U.S. support if new fighting breaks out along the border with Gaza or Lebanon. The work of Obama’s pro-Israel apologists has just gotten more difficult. One suspects that by the time he leaves office, it will have gotten harder still.