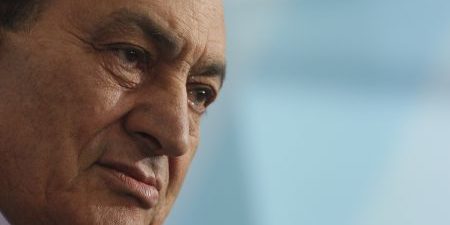 Egyptian President Hosni Mubarak resigned today after heavy popular and international pressure and most likely, an ultimatum from his own military. A new Egypt is being formed but it is unclear what it will look like, though the Muslim Brotherhood is certain to play a major role. The balance of power in the Middle East may soon dramatically change as the Obama administration appears indecisive and confused about the true nature of the Brotherhood.

On Thursday, senior Egyptian officials told the press that Mubarak would announce his resignation later that day. The military commander in Cairo told the protestors that “All your demands will be met today” and following a day’s worth of meetings between the members of the Supreme Military Council that excluded Mubarak, it declared its support “for the legitimate demands on the people.” It seemed certain that the military had told Mubarak that his time was up.

Mubarak’s defiant speech later that day offered no concessions and brought the rage of the Egyptian people to a whole new level. He only said that some powers would be transferred to Vice President Omar Suleiman without offering any detail. Today, the protestors marched on his presidential palaces in Cairo and Alexandria and the state television building. He was forced to flee Cairo and shortly after, it was announced that he was resigning and the Supreme Military Council would take over.

The military was probably compelled to finally kick Mubarak out because of the deteriorating security situation. The institution is tasked with protecting the nation and it had to take action as violent clashes erupted, riots broke out in the area of the Suez Canal and spreading labor strikes paralyzed the economy, especially its crucial tourism sector. Soldiers are being photographed with protestors and were seen smiling when the news broke.

The Supreme Military Council is claiming it will guide a democratic transition and will honor “the legitimate demands of the people.” It is now being reported that the Council will fire the entire government, suspend both houses of parliament and jointly rule with the chief of the Supreme Constitutional Court.

In the short-term, the military takeover benefits Western interests because it will bring stability that could prevent a governmental collapse that permits the Muslim Brotherhood to immediately take power. The economic crisis caused by the unrest would also be exploited by the Islamists. The change in power also ensures that a leadership hostile to radical Islam is in power that understands the threat of the Brotherhood.

Omar Suleiman is a friend of the U.S. who despises the Islamists. A 2006 cable said that the working relationship with Suleiman is “now probably the most successful element” of the American-Egyptian alliance. The released documents show that he refers to the Iranians as “devils” and warned the U.S. in 2006 that the Brotherhood had inspired “11 different Islamist extremist organizations,” which the State Department thought was an effort to make the Brotherhood a “bogey man.” A U.S. diplomat wrote in an August 2008 cable that “there is no question that Israel is most comfortable” with Suleiman taking power in Egypt instead of Mubarak’s son.

However, the Supreme Military Council won’t be in power forever. Islam scholar Robert Spencer, director of JihadWatch.org, told FrontPage that “This is the Muslim Brotherhood’s big chance. They are in the best position they ever have been in to take power in Egypt.” He suggested that the Brotherhood won’t immediately seize the country, but will dominate a coalition government and later begin ousting rival parties.

The Brotherhood has rallied behind Mohammed el-Baradei, the former director of the International Atomic Energy Agency. He said that “This is the greatest day of my life” when he heard the news of Mubarak’s resignation. He is viewed more favorably in the West as he champions secular democracy, but he defends the Brotherhood by saying they “ no way extremist” and comparing them to Christian evangelicals and Orthodox Jews. He has been favorable to Iran and says the “Israeli occupation only understands violence.”

El-Baradei downplays the Brotherhood’s strength by saying they’ll only win about 20 percent of the vote. Spencer said he believes there is a “calculated strategy of minimizing the Muslim Brotherhood’s role in the unrest.” The Brotherhood’s support for el-Baradei is part of that same strategy to stealthily take power without raising alarm. This appears to be working so far as President Obama and Director of National Intelligence James Clapper have downplayed the threat from the Brotherhood, even though its leaders have recently confirmed it will move to scrap the peace treaty with Israel and “the people should be prepared for war with Israel.” Two armed members of Hamas were arrested entering Egypt in late January.

It is difficult to discern how well the Brotherhood will fare in the upcoming elections. A new poll by the Washington Institute for Near East Policy found that the Brotherhood has an approval rating of only 15 percent and support for a presidential candidate from the group only had the support of one percent. Only 12 percent of those polled said they wanted Sharia to be fully implemented and 18 percent approved of Hamas or Iran. The survey also found that only four percent supported Mohammed el-Baradei for president while the Secretary-General of the Arab League, Amr Musa, received 29 percent.

Michael Rubin writes that the U.S. can influence the outcome of the crisis by endorsing populist causes, such as publicly demanding that the estimated $40 billion taken by Mubarak is returned to the Egyptian people and by taking a clear stance in favor of democratic freedoms. The State Department should make sure a free media exists that allows different voices to be heard. This would allow competition to the Brotherhood and el-Baradei to emerge before the elections.

The U.S. must not send mixed signals that allow Egypt’s neighbors to determine the course of the country and the region. A defection of Egypt to the Islamist bloc would overhaul the balance of power in the region. The removal of Mubarak will also invigorate the uprisings against pro-Western leaders like Jordanian King Abdullah II and Yemeni President Saleh, while anti-Western leaders like Syrian President Assad have been able to stamp out challenges thus far. The fate of the Middle East hangs in the balance.

Ryan Mauro is the founder of WorldThreats.com, the National Security Adviser for the Christian Action Network and an analyst with Wikistrat. He can be contacted at TDCAnalyst@aol.com.