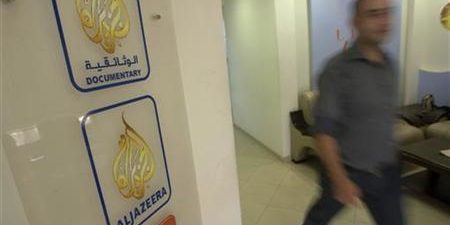 Reaction to a trove of secret documents from Israeli-Palestinian peace negotiations was fast and furious Monday, as Palestinians sought to defend or attack their leaders amid allegations that they had offered serious concessions on key issues.

In Ramallah, the capital of the Palestinian Authority, a crowd rampaged against the office of Al-Jazeera, the Arab satellite-television channel that is publishing what it calls the “Palestine Papers,” more than 1,600 Palestinian documents that span 10 years of secret U.S.-brokered Middle East peace talks.

On Monday, Al-Jazeera revealed the second installment, shedding further light on Palestinian concessions regarding the right of return, an issue that affects millions of Palestinian refugees who argue that they have the right to return to their ancestral homes in Palestine.

Papers revealed Monday also show the dealings of the Obama administration in a harsh light, first encouraging the Palestinian negotiators to demand a freeze on construction of Jewish settlements and then asking them to back away from their demands.

“So much for Obama and rapprochement,” Erekat is recorded as saying during an October 2009 meeting. “There is not a new word! Give me something at least to save face!”

U.S. Mideast special envoy George Mitchell is quoted telling Erekat in reply that “no negotiations is not in your interest. So we are to come up with a statement to give you a ladder to climb down on this issue — just like you asked. … Now you are arguing over the color of the ladder.”

Palestinian reaction to the “Palestine Papers” ran the gamut of emotions, from denial to appeasement to anger.

Mashall Hamid, a 40-year-old shopkeeper in east Jerusalem, said revelations that the Palestinian government had been willing to give up rights to most of Jerusalem didn’t surprise him.

“We have known for years that our government would not protect us or our rights. They will give up anything to stay in power,” Hamid said.

Walid Yousef, a 29-year-old shopkeeper who runs a stall next door, quickly chided him.

“So many Palestinians are disillusioned. They believe this Al-Jazeera nonsenseis all a ploy by Israel and its American backers to try and break apart the Palestinian people,” Yousef said.

He, like many other Palestinians, believes questions raised over the documents’ authenticity by Erekat and Yasser Abed Rabbo, a top aide in the Palestinian Legislative Council.

“We don’t have anything to hide,” Erekat said by phone from Cairo, where he’s holding meetings. He said the documents had been altered and “contained many lies.”

Speaking during a news conference in Ramallah, Abed Rabbo accused Al-Jazeera of engaging in “media games.”

“What Al-Jazeera is doing today is an attempt to distort the national position of the Palestinian leadership,” he said.

Shortly after he spoke, about 250 Palestinian protesters smashed windows and sprayed graffiti at the Ramallah offices of Al-Jazeera. Protesters spray-painted “Al-Jazeera are spies” and “Al-Jazeera equals Israel” on the walls outside the office before police removed them.

The reaction to the Al-Jazeera report in Gaza echoed the anger voiced across the Arab world over concessions secretly offered in the talks.

Sami Abu Zuhri, a spokesman for Hamas, which rules Gaza, said, “These secret documents exhibit shared culpability between the PA and Israel. This dangerous documentation proves the aggressive involvement intended to eliminate the Palestinian problem.”

Abu Zuhri said the documents also would expose collaboration between Israel and the Palestinian leadership against Hamas in the West Bank and the Gaza Strip as well as at the beginning of the blockade on Gaza, in June 2007, and during offensives on the Gaza Strip.

A document from Jan. 15, 2010, quotes Erekat as voicing concern about Hamas’ influence outside the Gaza Strip.

“Our credibility on the ground has never been so low. Now it’s all about survival. There is Hamas and the bigger picture in the region,” Erekat told U.S. Ambassador David Hale.

Al-Jazeera has said that documents soon to be released on its website will reveal the extent of cooperation the Palestinian leadership gave to Israel to try to eradicate Hamas operatives in the West Bank.

The “Palestine Papers” also suggest that Tzipi Livni, Israel’s former foreign minister and current opposition leader, proposed a plan by which some Arab villages currently in Israel would be annexed to a future Palestinian state.

In an April 2008 meeting Livni named several villages that held a problematic status for Israel.

“There are some Palestinian villages that are located on both sides of the 1967 line about which we need to have an answer, such as Beit Safafa, Barta’a, Baqa al Sharqiyeh and Baqa al Gharbiyyeh,” she said, referring to the cease-fire line after the June 1967 war.

On Monday, Lieberman reiterated that his plan for an “interim peace deal” was more relevant than ever in light of the latest revelations.

“Despite the concessions of the most left-wing government of Olmert and Livni, they did not manage to reach a peace agreement with the Palestinians. It should leave everyone with the solution that the only option is a long-term interim agreement,” Lieberman told Israel Radio.

“One day we must define our red lines, what we are prepared to do and what we aren’t. And to this end, too, I believe that the government of Israel will soon announce a deal that is ‘take it or leave it.'”