Jews must flee Holland in 2011 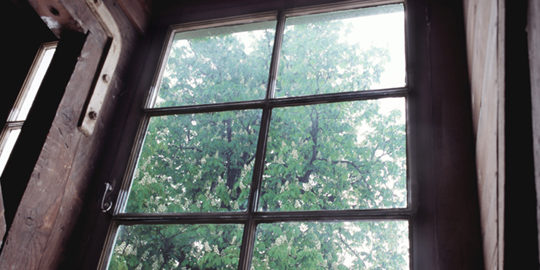 During last summer, a monumental tree trunk collapsed in Amsterdam. It was the old tree seen by Anne Frank, one of the most renowned Jewish victims of the Holocaust, from her hiding place.

The liberal media around the world were focused on this tree to highlight the complaint of a Dutch journalist, Paul Andersson Toussaint: “Antisemitism in Holland is again salonfähig”. This word means socially acceptable.

Sixty percent of Dutch Jews are ready to pack up and leave the country. The cause is a boom of Islamic antisemitism in the famous multicultural Netherlands.

The list of Dutch victims is dramatic: from the killing of the anti-Islamist political leader Pim Fortuyn to the persecution of the Somali dissident Ayaan Hirsi Ali to the murder of the director Theo Van Gogh, condemned to death for his film “Submission,” a denunciation of the crimes of Muslim theocracy. Fortuyn’s successor, Geert Wilders, has lived under 24-hour police protection for many years. Now the Dutch Jews are ready to flee Holland.

While Anne’s tree came down, a Jewish girl of the same age as the author of the famous “Diary” revealed to the newspaper Het Parool that she would not leave her house with a Star of David pendant around her neck. The fear is now dominating the Dutch streets. Prominent Dutch politician Frits Bolkestein just sparked an uproar in the Netherlands by saying that practicing Jews have “no future here and should emigrate to the US or Israel”.

Twenty years ago, Bolkestein wrote an opinion for the newspaper Volkskrant about the problems of Islamic immigration in the Dutch democracy. The left labelled him a “merchant of fear”. At that time there was no talk of Islam, the Soviet Union was collapsing, the Dutch economy was flourishing with multinationals and the second generation of Muslims from Morocco, Turkey and Indonesia was making strides towards integration. The new prophecy of Bolkestein is contained in a new explosive book, “Het Herval,” whose author, Manfred Gerstenfeld, says: “Antisemitism is a perfect prism to understand the failure of Dutch multiculturalism”.

For the first time we are talking about the end of the Jewish presence in the Netherlands. Bolkestein’s remarks echo those of Benjamin Jacobs, the country’s chief rabbi, who said in 2010  that “the future for Dutch Jewry is moving to Israel”.

The Ministry of Justice in The Hague has resorted to desperate methods to fight antisemitism. Cops dressed in traditional Orthodox Jewish clothing are walking in the streets. But the escape suggestion was endorsed also by an eminent representative of the Jewish community of Amsterdam, Evers-Bloeme Emdem. An Auschwitz survivor and honorary professor at the local University, Emdem claims to have told her children and grandchildren to leave the country and that only one direction is offered to them: Israel. “The problems will not touch me as long as I live, but I strongly suggest to my children to leave Holland”.

The attacks on the street, the appalling security around Jewish institutions, the attempted burning of synagogues in the south of Amsterdam and Arnhem, the anti-Israeli demonstrations have impressed a country weakened by constant debates on immigration and on which weighs the burden of War World II.

There is much recent hate speech at the highest political levels. Some examples: The former president of the Dutch Parliament, the Socialist Jan Marijnissen, has compared terrorism against Israel to the resistance against the Nazis. Gretta Duisenberg, the widow of former President of the European Central Bank and grand dame of the liberal Dutch, speaks about “our intifada” and openly criticized “the rich American Jewish lobby.” During a radio interview, when asked how many signatures she hoped to collect for its campaign against Israel, she replied, laughing, “six million”. “Hamas, Hamas, Jews to the gas chambers!” was one of the slogans chanted during demonstrations against Israel’s Cast Lead Operation. Among the protesters, a year ago, there were also members of the Parliament, including the Socialist MK Harry van Bommel. Holland’s largest daily, De Telegraf, published an interview with Désirée Röver, 61, who proposed the bird flu pandemic was part of an international “Jewish conspiracy”.

From the data of the last report of the Dutch police, the number of anti-Semitic acts in the country has increased by 48 percent this year. In an open letter to the newspaper NRC Handelsblad, the twenty-five Lester M. Wolff van Ravenswade described the difficulties faced by Jews living in Amsterdam.” “I cannot go to public events dressed as a Jew, let alone go out on Saturday night. Which party do I have to vote for in order to live safely with the kippah on my head? “.

Twenty percent of history teachers stopped giving lessons on the Holocaust because of the growing presence of Muslim pupils in public schools. If this were not enough, the major Islamic organizations officers, as the Dutch Moroccan Council of Mosques, the Islamic Foundation of the Netherlands and the Turkish Milli Görüs, have promoted a boycott of Israeli goods.

Speaking to the daily Het Parool, a leading member of the Jewish community of Amsterdam has announced his intention to leave the country with his pregnant wife for “security reasons”. This is Benzion Evers, the son of the Rabbi of Amsterdam. “Emigration is a solution for us. And will be done by sixty percent of the community. My father will follow me”.

The Jewish TV channel, Joods Omroep, sent three cameramen dressed as Orthodox Jews in the streets of Amsterdam. The film, of which a fragment is also available on Youtube, shows young Muslims cheering Hitler. The newspaper NRC Handelsblad writes that “anti-Semitism in Amsterdam has become the norm rather than the exception.” The last memorial commemmorating the deportation of Jewish children during the war was also violently interrupted by chants praising Hitler. This autumn the ancient synagogue of Weesp became the first synagogue in Europe since the Second World War to cancel Shabbat services due to the threats to the safety of the faithful.

Leon de Winter is one of the most successful Dutch writers, author of best-selling novels. On a visit to Westerbork – the transit camp from which Jews were leaving for the Netherlands to concentration camps in Germany or Poland – the author observed that “those who speak today of the Dutch Jews have to have a sense of irony. How many Jews in Amsterdam are still ‘recognized’ as Jews? A few hundred? The Jews that I know are not flashy, but disciplined. Most Dutch Jews held for years a secret, packed suitcase.”

After the murder of filmmaker Theo van Gogh at the hands of an Islamist, Rob Oudkerk, leader of the Social Amsterdam, used the euphemism by which Dutch-Jewish philosopher Spinoza called the city, instead saying: “This Mokum is not anymore my Mokum”.

The remnant of European Jewry is going to flee once again. And as opposed to World War II, when no one would accept them, Israel is able to be the shelter for the Jews.