Aliyah from Ethiopia Back 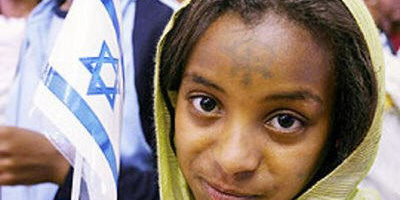 Immigration from Ethiopia has resumed after a brief delay caused by the outbreak of chicken pox at the Gondar transition camp. More than 330 new immigrants will arrive over the course of the next two days on two flights, both of which are scheduled to arrive at 3 a.m.

The Jewish Agency rented Ethiopian Airlines flights to make the aliyah (immigration) flights. The agency will also house the new immigrants in its absorption centers.

The group will be the first to arrive since the government decided to bring the last members of the Falash Mura to Israel, ending mass aliyah from Ethiopia. An estimated 8,000 Falash Mura members are eligible for aliyah.

In the same meeting in which the decision was made, the government gave the Jewish Agency sole responsibility for bringing the remaining Falash Mura to Israel within the next three years, and for operating the transition camp in Gondar.

The Agency is taking the place of the North American Conference on Ethiopian Jewry (NACOEJ) in running the camp. Jewish Agency officials say they will boost programs at the camp to teach Judaism, Hebrew, and other subjects aimed at easing the potential immigrants’ absorption into Israeli society.

The Falash Mura are the descendants of Ethiopian Jews who were forcibly converted to Christianity.