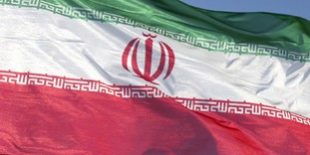 Iran has hanged one of seven suspected spies for supplying Israel with secrets on Iran’s missile programs, and the regime’s courts have sentenced a second man to death for “counter-revolutionary activities.”

The regime of Iranian President Mahmoud Ahmadinejad arrested seven people in October on charges of spying for Israel’s Mossad intelligence agency. “These spies supplied the enemy with information on Iran’s judiciary, military and space agencies, among other things, prior to their arrest,” trumpeted Iran’s semi-official Fars News Agency.

Ali Akbar Siadat was hanged in a Tehran prison after being convicted of receiving $60,000 dollars “to give classified information to the Zionist regime.” He was reportedly arrested two years ago when he and his wife were trying to leave the country with nearly 30 pages of classified information.

Tehran’s Prosecutor Abbas Jaffari Dolatabadi said more cases are under investigation. An Iranian minister warned two months ago that “…enemies are trying to change the Islamic atmosphere of the universities into their own favorite atmosphere of liberal-democracy and to give a new definition for Islamic values based on their own views.”

“Enemies are active in this regard because they have realized the importance of universities.”

Iranian universities have served as a large base for opposition to the Islamic Republic regime, but Iranian Revolutionary Guards and riot police won the upper hand in massive demonstrations more than a year ago after the disputed re-election of Ahmadinejad. Hundreds of demonstrators were tortured or disappeared, and dozens were killed.

Siadat reportedly confessed to handing over to the enemy information regarding “military bases, fighter jets, the number of training flights, airplane accidents and air systems of the Revolutionary Guards,” which controls Iran’s missile program.

The spy charges followed several mysterious deaths of Iranian scientists as well as elimination of a top nuclear scientist last month. Iran has accused the Mossad of being behind the bombing attacks on the scientists, one of whom was killed. The other was seriously injured.

The hanging of Siadat, along with that of another “counter-revolutionary” this week, brings to 171 the number of people executed in Iran this year, according to a summary compiled by the French news agency AFP. In addition to spying, crimes of drug dealings, adultery, murder and rape are grounds for death sentences in Iran.