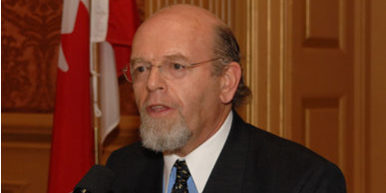 The term “1967 borders,” the Arab world’s mantra for the borders of a PA state, never existed, says former Ambassador to Canada Alan Baker in a research paper for the Jerusalem Center for Public Affairs.

Ever since neighboring Arab countries attacked Israel in 1948 as it became an independent country for the first time in 2,000 years, there were no borders, only temporary military lines defined by the 1949 “Armistice Lines” that ended, at least formally, the War for Independence.

However, the Arab world has repeated the term “1967 borders” so much that it has been adopted as fact by mainstream media and most international leaders. The term refers to the 1949 ceasefire line from which Israel military forces advanced at the beginning of the Six-Day War on June 4, 1967 and should be called “pre-1967 War Armistice Lines” or “1949 Armistice Lines”. INN, it should be noted, has used those accurate terms consistently..

Even Brazil, which recently decided to “recognize” the Palestinian Authority based on the supposed 1967 borders, stated during a United Nation debate on Resolution 242 in 1967 calling for negotiations for boundaries, “Its acceptance does not imply that borderlines cannot be rectified as a result of an agreement freely concluded among the interested States. We keep constantly in mind that a just and lasting peace in the Middle East has necessarily to be based on secure permanent boundaries freely agreed upon and negotiated by the neighboring States.”

Although the “1967 borders” denote lines of separation, they have no basis in history, law, or fact,” Baker explained. “The 1949 armistice agreements specifically stated that such lines have no political or legal significance and do not prejudice future negotiations on boundaries,” he continued.

“There are no provisions in any of the agreements signed between Israel and the Palestinians that require withdrawal to the ‘1967 borders.’ There were never any geographic imperatives that sanctify the 1967 lines.”

The “Armistice Lines” of 1949 were determined in agreements signed by Israel, Egypt, Jordan, Syria, and Lebanon. They were not borders, Baker pointed out. “The armistice demarcation line represented nothing more than the forward lines of deployment of the forces on the day a ceasefire was declared…. The line was demarcated on the map attached to the armistice agreement with a green marker pen and hence received the name ‘Green Line.’

“The Security Council in its resolution stressed the temporary nature of the armistice lines that were to be maintained ‘during the transition to permanent peace in Palestine.’”

The Armistice Agreement stated, “The basic purpose of the Armistice Demarcation Lines is to delineate the lines beyond which the armed forces of the respective Parties shall not move. The provisions of this article shall not be interpreted as prejudicing, in any sense, an ultimate political settlement between the Parties to this Agreement.

“The Armistice Demarcation Lines defined in…this Agreement are agreed upon by the Parties without prejudice to future territorial settlements or boundary lines or to claims of either Party relating thereto.”

Baker quoted Judge Steven Schwebel, former President of the International Court of Justice, who stated in 1994, “The armistice agreements of 1949 expressly preserved the territorial claims of all parties and did not purport to establish definitive boundaries between them.”

The current Arab campaign for recognizing the Palestinian Authority according to the supposed “1967 borders” ironically is often based on the oft-quoted UN Resolution 242. This is the resolution which Baker noted emphasizes in its very first paragraph the “…respect for and acknowledgement of the sovereignty, territorial integrity and political independence of every State in the area and their right to live in peace within secure and recognized boundaries free from threats or acts of force.”

The Palestinian Authority has accepted in previous agreements the concept that borders will be negotiated, but the Arab world’s “diplomatic war of attrition” has virtually erased this perception in the media and in the international community. A 1993 agreement signed by Arafat states that there are, “…remaining issues, including: Jerusalem, refugees, settlements, security arrangements, borders, relations and cooperation with other neighbors, and other issues of common interest.”

The PA in the past several months has called for “negotiations” but in reality has demanded that Israel accept the so-called “1967 borders” without negotiation, lines which Baker’s research paper shows havs no legal or historical foundation as borders