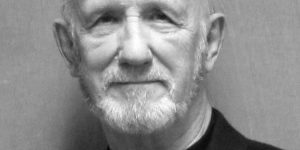 Israel’s President Shimon Peres said: “We would like to take this opportunity from here, from Jerusalem, to send out profound greetings to the Christians all over the world and wish all of them a happy, peaceful, hopeful new year….Let’s pray that all the evil winds in the world, whether they come by nature or wrong people, disappear, and it will be a beginning of a new hope and a new era….Many things depend upon us, and we depend upon hope and faith. We have many weapons and we have many things. But the strongest weapon we have is a prayer. And the greatest force we have is good will. So let us pray and hope that the Lord will listen to our joint hopes that all of us – will have a better world. And next year, it will be in a much more hopeful situation.”

God says:  For to us a child is born, to us a son is given, and the government will be on his shoulders. And he will be called Wonderful Counselor, Mighty God, Everlasting Father, Prince of Peace. Of the greatness of his government and peace there will be no end. He will reign on David’s throne and over his kingdom, establishing and upholding it with justice and righteousness from that time on and forever. The zeal of the LORD Almighty will accomplish this. .

God sent the angel Gabriel to Nazareth, a town in Galilee, to a virgin pledged to be married to a man named Joseph, a descendant of David. The virgin’s name was Mary. The angel went to her and said, “Greetings, you who are highly favored! The Lord is with you.”  Mary was greatly troubled at his words and wondered what kind of greeting this might be. But the angel said to her, “Do not be afraid, Mary; you have found favor with God. You will conceive and give birth to a son, and you are to call him Jesus. He will be great and will be called the Son of the Most High. The Lord God will give him the throne of his father David, and he will reign over Jacob’s descendants forever; his kingdom will never end. .

The Jerusalem Connection says: While the peace-seeking efforts of our leaders should be applauded, Robert Burns had it right when he said, “The best-laid plans of mice and men often go awry.” That is especially true when it comes to the illusive search for peace, particularly in the Middle East. The fact of the matter is there will be no peace there until the Prince of Peace reigns supreme. Even so, come quickly LORD Jesus!