US and Israel disagree on Iran 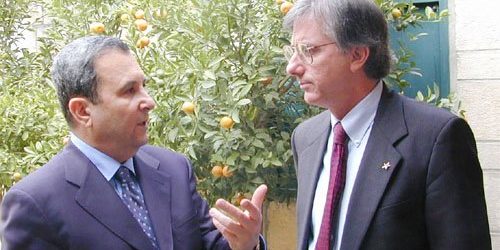 The Obama administration and the Netanyahu government have fallen out on issues relating to Israeli security and current estimates of where the Iranian nuclear program stands, debkafile’s military and Washington sources report. Defense Minister Ehud Barak put his foot down Wednesday, Dec. 15, when the president’s Special Adviser on the Middle East Dennis Ross arrived in Israel and tried to set up separate interviews with the IDF’s incoming and outgoing chiefs of staff and head of intelligence.

Barak had arranged for Lt. Gen. Yoav Galant, who takes over from Lt. Gen. Gaby Ashkenazi in April 2011, and the new Military Intelligence chief Maj. Gen. Aviv Cochavi, to join his briefing session with the US envoy Thursday, Dec. 16 and offer their assessments on security issues and Iran. He thereby drew a line on the practice common in the last couple of years for American officials and officers to apply directly to high IDF officers at any time.

Since 2008, US officials used this freedom of access to go around the Israeli prime minister and defense minister and persuade the army chiefs there was no need of military action against Iran’s nuclear sites and Hizballah’s buildup of Iranian weaponry. During 2009 and early 2010, hardly a week went by without high-ranking US bureaucrats and generals touching down in Israel and going straight into nonstop meetings with IDF officers.

Admiral Mike Mullen, Chairman of the Joint Chiefs of Staff, visited Israel during this period more often than any country in the world other than Pakistan – or even US forces scattered around the world. In Jerusalem, those visits and meetings came to be characterized as: “Holding Israel’s hand against pulling the trigger.”

This restraining tactic was abruptly discontinued in March 2010 when Prime Minister Benjamin Netanyahu promised President Barack Obama to withhold public oratory on the Iranian threat for a year, during which he would give Obama the chance to try his hand at halting Iran’s progress toward a nuclear bomb by means of sanctions and diplomatic engagement. While the sanctions were indeed clamped down, the path of diplomacy – in which Israel never believed anyway – is now the subject of a sharp disagreement between Israel and Washington.

Jerusalem is in particular furious over the president’s handing over of the conduct of talks with Iran to the European Union and allowing its foreign affairs executive Catherine Ashton to run the Six Power (Five Permanent UNSC Members plus Germany) talks with Iran. Israel contends that leaving the issue in EU hands is a recipe for procrastination. This maneuver when employed by Ashton’s predecessor Javier Solana gave Iran all the time it needed to advance toward its objective of a nuclear bomb.

Barak was in Washington only three days ago and held long conferences with Defense Secretary Robert Gates, CIA chief Leon Panetta, Dennis Ross and Vice President Joe Biden. debkafile’s Washington sources report the impression Obama administration officials gained from those meetings was that Israel had hardened its position on military action – deciding, in particular, that the accumulation of weapons from Iran and Syria to Hizballah had gone beyond what Israel found supportable for its security. Indeed, the Israeli defense minister spoke publicly after his round of talks in Washington of “an Israeli expression of concern over the continuing arming of Hizballah with Iranian and Syrian weaponry.”

Washington became alarmed. Fearing Israeli was losing patience with US pressure for inaction and that Netanyahu’s pledge to Obama might expire sooner rather than later, Denis Ross was sent to Israel to apply the brakes. Deputy Chairman of the Joint Chiefs of Staff, General James E. Cartwright, who was supposed to accompany him, canceled at the last moment.

Prime Minister Netanyahu and Defense Minister Barak saw the Ross mission following directly on Barak’s Washington talks – and especially his bid for individual interviews with top IDF officers – as an attempt by the US administration to go over the heads of the ministers responsible for decision-making and apply the hand-holding stratagem directly to the generals so to keep Israel’s fingers off the trigger. This time it was blocked.