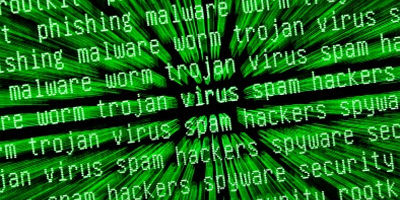 The global propaganda war against Israel is the size of an avalanche. Unchecked, it continues to gain both acceleration and mass and is, if anything, as dangerous as any suicide killer or rocket attack.

Earlier this month, in the midst of a perfectly pleasant conversation, a (now former) friend unexpectedly started yelling at me about my defense of “that” country—“you know, the one that sends its military to purposely blind young activists who have come to free Gaza.”

This friend knew absolutely nothing about the incident, and nothing about the war against Israel. My guess? She reads about Israel in the mainstream and leftstream media, and given how propaganda works, she clearly felt entitled, even obligated, to attack me because Israel had dared to defend itself against paid Turkish assassins–and because a young Jewish-American activist, mesmerized by the International Solidarity Movement, found herself standing at the Kalandiya crossing holding a Turkish and Austrian flag where she was accidentally blinded by a tear gas canister.

My friend probably believes that Mohammed al-Dura was killed by the IDF on purpose too.

She “believes” the propaganda. The people whose fate is intimately connected with the consequences of such Big Lies dismiss and minimize the power of such propaganda to hurt them. “Sticks and stones can break my bones but words can never hurt me.”

They are wrong, so wrong.

In 1980, after a United Nations conference that was, indeed, the precursor to the first Durban conference, I immediately flew to Israel; this was my fourth or fifth trip in as many years. The Israeli media interviewed me about the virulent nature of anti-Semitism at the United Nations and on the world stage. At least one interview was on the front page. I tried to talk to Israelis about anti-Semitism, and with the exception of the gloriously grave poet Rachel Chalfi(who interviewed me for Yediot Aharonot), no one really paid attention.

At the time, I wanted to write a book about the subject. My agent strongly discouraged me. He said that “just because I had seen some synagogue bombings in Europe” and was “saddened by the security measures” that Israeli embassies and consulates had adopted in the wake of airplane hijackings and kidnappings—does not mean that a new Holocaust is on the way.

Thus, I was on this mission for twenty years before the Intifada of 2000 broke over Israel’s head. Privately, and in lectures before major Jewish-American organizations, major American feminist organizations, and in conversations with other Jewish feminists, I said:

We are facing a long war of ideas. Israelis (circa 1980) do not seem to understand anti-Semitism or the need for combating Big Lies with healthy doses of the truth. Israeli diplomats and their Jewish-American supporters are not conversant with the language of the academic and feminist left. They cannot hold their own against it. The propaganda war will be waged with these concepts, no other.

I also said: Once, Jews were persecuted because they had no ancestral home — and no army, navy, or air force. Now, Jews, both in Israel and around the world, are persecuted precisely because they have an ancestral home which dares to defend its citizens from deadly harm. This Jew-hatred refuses to die. And Jewish-American, Jewish-European, and Israeli leaders have refused to recognize that the contemporary war against the Jews is bigger, and the consequences graver, than ever before in history and that this war is primarily being fought — and won or lost — through propaganda and the manipulation of ideas. Leftist progressives and journalists in the West have joined forces with Islamists, the United Nations, and human rights groups in propagating Big Lies against the small Jewish state.

My first post-Intifada of 2000 article appeared in Haaretz. I called upon the Israeli intelligentsia to show equal compassion for the Jewish victims of violence—at least as much as they showed for non-Jewish victims. I was called a “traitor” by several Jewish-Israeli feminists on the left.

That was only the beginning.

In 2003, when I published my book The New Anti-Semitism, my colleagues branded me a “racist” and “conservative.” Jewish-American leaders pooh-poohed it, or paid no attention to it. Many insisted that “right wing Christians” were the most dangerous Jew-haters. I disagreed then and I disagree now. Many Jewish-American intellectuals insisted that such “alarmism” should not be encouraged, that things have been “worse in the past” and that matters are not “that bad” now. Oh, speak for yourself — but dare not speak for Israel. And do not think that Israel’s fate is not your fate too, as well as the fate of Western civilization.

It gives me no pleasure that, seven years later, more and more American Jewish organization leaders are beginning to sound as I once did. The unfunded and poorly funded pro-Israel grassroots anti-propaganda and campus activist groups are way ahead of the Fat Cats. And they are being forced to work for scraps and to fight each other for the most pitiful of handouts. Now, when major Jewish donors are finally starting to demand that “something be done” to deal with the hatred of Israel on American campuses, the large Jewish-American organizations suddenly claim that they will do it.

On their watch we not only lost this propaganda war—we did not fight it at all.

The other night I was talking to a very knowledgeable man who assured me that surely, AIPAC was on the job. Said I:  “Sir, AIPAC has done an excellent job, but mainly in lobbying Congress on Israel’s behalf. The problem is so much bigger than Congress. There is the internet, the western campuses, all the international human rights organizations, the United Nations, the Islamic world and for that matter, the governments of at least 195 countries. And then there are all the coming generations…..by now, the Saudi, Wahhabi lobby has poisoned countless generations with myths about Israel’s evil.

It is not enough merely to lobby Congress. It is not even enough to merely document the anti-Israel bias in magazine and journal articles afterthey have already been published. I would need a team to help me work on this. I am an unfunded, barefoot warrior, fighting my own private Yom Kippur war without a gun or boots.We are up against a juggernaut of brainwashing which does not stop coming our way. Where will the funding come from that will meet and raise this diabolical game of propaganda poker against the Jewish state? We need the equivalent of a series of Stuxnet viruses in the war of ideas. Nothing less will do.