Russia working with Jordan to search for Sodom 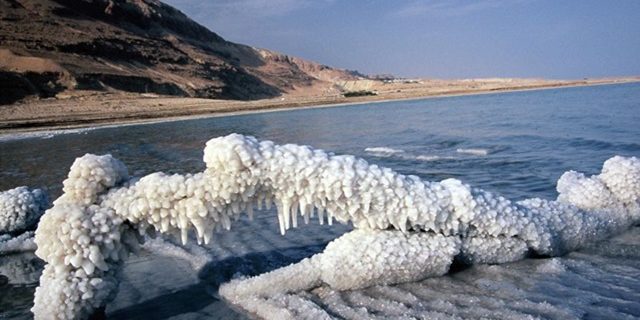 Russia and Jordan have signed an agreement to search the bottom of the Dead Sea for the remains of the Biblical cities of Sodom and Gomorrah, Arabic news media reported over the weekend. According to the report, a Russian company has agreed to conduct the search in cooperation with Jordanian authorities, picking up all costs – in exchange for exclusive rights to film a documentary of the search. The report quoted one of the Jordanian heads of the project, Zia Madani, as saying that the search would begin in late December.

The Russian company that was chosen as a partner for the search has special underwater exploration equipment that can stand up to the extreme salinity of the Dead Sea, the reports said.

Biblical archaeologists have several theories as to where the Sodom and its associated cities were located. According to the Torah, G-d overturned Sodom, Gomorrah, and three other cities because of their degeneration, sin and iniquity, turning a once fertile plain into a stark wasteland. Abraham, who prayed for the cities, was unable to prevent G-d from mandating their destruction. Archaeologists and geologists have suggested that a major earthquake or meteor storm might have been the means by which it occurred. Research has centered on the area around the Dead Sea, and the modern city of Sodom, and nearby Mount Sodom, which is made almost completely of rock salt, is considered the most likely site of the ancient cities.

However, some archaeological evidence has emerged that indicates that the site could be on the east bank of the Dead Sea, with two sites in Jordan – Bab edh-Dhra, and Numeira, both considered viable candidates. The Jordanian-Russian search will center on Bab edh-Dhra, which also has several Christian monuments.

According to Madani, further evidence that the cities remains are located on the Jordanian side of the Dead Sea came after recent NASA photographs of the area indicated that the bottom of the sea is littered with debris and objects not found in other bodies of water. According to the Jordanian, Israel recently sent a submarine down into the Dead Sea in an attempt to explore the bottom of the sea, but discovered that the objects in the NASA photos were on the Jordanian side of the sea. Jordan prevented the Israelis from searching over the border, and now Jordan is seeking to discover what it believes are the remains of the cities by itself.

Israel National News could not confirm that an Israeli submarine had in fact searched the depths of the Dead Sea on such a mission.