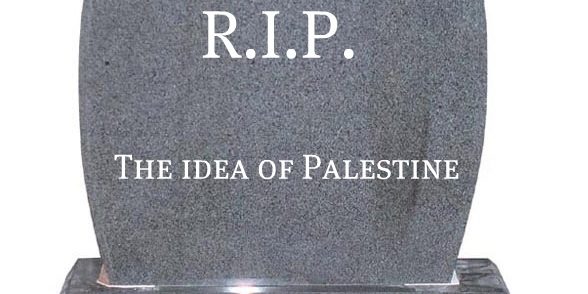 If the living cannot stop Jewish settlement expansion in the West Bank, perhaps the dead can?

Dubbed “The Intifada of Graves,” a new Palestinian initiative endorses burying the dead on privately owned Palestinian land in outlying rural areas to prevent its confiscation by Israel. The campaign was launched by the Popular Palestinian Committees (PPC), a grassroots organization based in Hebron which has spearheaded non-violent political activity since the first Palestinian Intifada (uprising) in 1987.

Azmi Al-Shyukhi, secretary-general of the PPC, said the new initiative was his own brainchild, but received the endorsement of Palestinian Minister of Local Affairs Khaled Al-Qawasmi and State Minister for Wall and Settlement Affairs Maher Ghneim.

“We seek any means to protect our lands from the monster of settlements,” Al-Shyukhi told The Media Line. “We are free to use our own lands. Therefore, even use of bodies is legitimate to protect us from settlement expansion.”

The initiative comes as the US last week abandoned efforts to coal Israel into freezing construction of new communities in the West Bank, where some 300,000 Israelis live amid 2.5 million Palestinians, as a precursor for peace talks. US Secretary of State Hillary Clinton is expected to propose a new formula to re-launch negotiations between the sides in the coming days.

Al-Shyukhi said that in the past, Bedouins living in the rural areas surrounding Hebron would be buried in a cemetery in the city, but following his appeal many fathers have ordered that their children be buried on their land “passed down from grandfather to father.”

“All heavenly religions forbid the destruction of graves, so we believe no one will harm these graves,” he added. “This is a popular initiative of non-violent resistance. We oppose violence.”

The new initiative has not fallen on deaf ears. Baji Al-Tel, who lives in a metal shack in the Zanouta area south east of Hebron, said the Israeli army’s recurring threat to demolish his home has prompted him to take action.

“I wrote in my will that my children should bury me on my land,” Al-Tel told The Media Line. “In the past, our cemetery used to be in the town of Al-Zahiriya.”

Jamil Al-Adam, a farmer from the town of Beit Ula which is adjacent to the Israeli Security Barrier, donated three dunams (three-quarters of an acre) of his land for the construction of a new cemetery for local residents, the Palestinian Ma’an news agency reported.

“This is an attempt to bring their plight to public attention,” Ofran told The Media Line. “It may work, or at least embarrass Israel, as part of a struggle for awareness.”

Ofran said that during the 1980s Israel began declaring uncultivated land in the West Bank “public land” based on an Ottoman law dating back to 1858. The land should have been equally distributed to all inhabitants, Ofran said, but instead Israel allocated approximately one million dunams, comprising 16% of the West Bank, to build Israeli towns and Jewish agricultural development, and only some 90 dunams to Palestinians.

In the early 1990s, Peace Now appealed to the Israeli Supreme Court against the planned establishment of a cemetery east of Jerusalem, meant to serve the population of Jerusalem. Peace Now argued that using occupied land to bury the dead created an irreversible and illegitimate political reality. Following the appeal, the plan was canceled, Ofran said.

But perhaps the practice of burial in rural areas is not as new as the PPC claims. Hajj Muslih Al-Amour of the Al-Rafa’iyya area south of Hebron said a local cemetery existed on agricultural land for years, before being destroyed by Israel ten years ago.

“We have no alternative,” Al-Amour told The Media Line. “We must be buried on our land, and we always were. We have nowhere else to go.”

“In our tradition, a man is buried on the land he worked and sowed. He isn’t simply burned with his ash scattered in the wind,” he said.

“Recruiting the dead to fight for the land of Israel has existed for years,” Eldad told The Media Line. “Not only graves but also houses, trees and livestock are fully utilized to argue ownership over land.”

Eldad said he was told of fake Palestinian graves dug adjacent to the walls of Jerusalem’s old city. He described the Mamilla cemetery, a Muslim burial site in downtown Jerusalem that caused controversy because of plans to build a center for human rights on land Palestinians claim is part of the cemetery, as part of a Palestinian land grab.

“It’s also against state law, which only allows burial in official cemeteries,” Eldad added. “Many countries have such laws to prevent the spread of disease.”