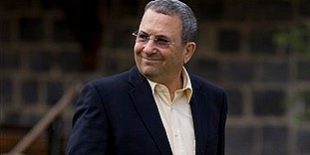 Israel’s leader dismissed Sunday a top ally’s call to share the holy city of Jerusalem with the Palestinians, another reminder of the challenges the U.S. faces as it shifts gears on its troubled Mideast peacemaking strategy.

Prime Minister Benjamin Netanyahu’s reaffirmation of his intention to hold onto East Jerusalem is liable to escalate friction between the two sides and with Americans. The White House Mideast envoy is scheduled to arrive this week in another attempt to push peace efforts forward.

The conflicting claims to East Jerusalem lie at the heart of the Israeli-Palestinian conflict. The dispute over the area, home to Jewish, Muslim and Christian holy sites, has derailed past peace talks and spilled into violence.

Palestinians want to establish their future state in the West Bank and East Jerusalem, lands that Israel captured in the 1967 Arab-Israeli War. Israel later annexed East Jerusalem in a move that is not recognized by the international community.

U.S. Secretary of State Hillary Clinton expressed frustration with the Israeli-Palestinian impasse over the weekend, though she did not suggest a new way forward. She spoke at a forum in Washington.

Addressing the same gathering, Israeli Defense Minister Ehud Barak said the holy city will have to be shared as part of a future peace deal.

An Israeli official told The Associated Press that Barak was expressing a personal opinion, not the government’s position.

“Those remarks were not coordinated with the prime minister,” the official said. He spoke on condition of anonymity because Netanyahu has not responded publicly to Barak’s remarks or to Clinton’s speech.

Clinton and Barak spoke a few days after the U.S. abandoned efforts to coax Israel into another temporary freeze on new construction in West Bank Jewish settlements.