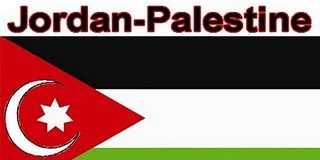 Ron Dermer, political advisor to Prime Minister Netanyahu said: “The real key is the American position, and the unequivocal American position opposes any Palestinian attempt to circumvent the direct talks….What is extremely important here is that we are in sync with the Americans. If the Americans will not be a party to such a process, in the end, it will not happen.” … “The old path we were on during the entire political process was a path led by the Americans. Now we are moving to a new path that we will build together with the Americans.”…”Ultimately, I think the Americans understand, they are far less skeptical, let’s say, about the prime minister’s willingness to reach an agreement, and perhaps a bit more skeptical now about whether the Palestinians really intend to reach an agreement.”…”Don’t forget, the ones who walked out on the direct talks were the Palestinians, not us.”

God says: “Shout and be glad, Daughter Zion. For I am coming, and I will live among you,” declares the LORD. “Many nations will be joined with the LORD in that day and will become my people. I will live among you and you will know that the LORD Almighty has sent me to you. The LORD will inherit Judah as his portion in the holy land and will again choose Jerusalem. Be still before the LORD, all mankind, because he has roused himself from his holy dwelling.” .

The Jerusalem Connection says: The Wikileaks documents are forcing the Obama administration to re-think their middle-east policy. Well and good for the two-state solution is a demonstrated failure. For starters serious consideration should be given to the Jordanian Initiative (see our web site , www.thejerusalemconnection.us) Here Israel and Jordan have cooperative over-site of the Palestinians. But more to the point, and I emphasize again, the strongest argument Israel has maintaining Judea and Samaria (West Bank) is the Biblical covenants of God. Indeed, a “promised land” has the backing of God of Israel and this should be the center piece of any negotiations with the Palestinians regarding all land issues. It is the only irrefutable argument Israel has. If and when they make that argument they will have the support of millions of Christian Zionists world-wide.