The fire in the north 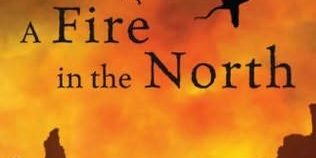 The Bible tells us: “Behold, Damascus will cease from being a city, and it will be a ruinous heap.” (Isaiah 17:1)

Outgoing Chief of Military Intelligence General Amos Yadlin has just warned Israel that the next war she faces will be more serious and bloody than ANY of those previously fought. Some time ago I personally wrote in great concern to Israel’s current chief of staff, General Gabi Ashkenazi, stressing that Syria – together with the heavily-rocket-armed Hizbollah – is Israel’s most dangerous enemy right now.

Syria has been preparing feverishly for its next round of hostility with Israel. For months, hundreds of Scud missiles, some armed with the lethal VX nerve gas, have been readied for launching against Israeli cities – especially in the north. The New York Times reported December 7 that Hizbollah has 50,000 missiles and is capable of hitting Tel Aviv.

The probable outcome of a surprise first-strike would be thousands of Israeli casualties. This, in turn, would trigger a furious Israeli response to stop Damascus from sending in a second wave of missiles. A military man – little knowing that the scriptures foretell just such an event – said to me: ‘If Syria attacks Israel with nerve gas we will flatten Damascus.’ Syrian Foreign Minister Walid Muallem alluded to this possible scenario on November 26 when he said: “Everyone will lose because today’s advanced military technology allows the causing of a large amount of destruction, even to the side that has a lot of military might.” The greatest loser, according to above-quoted verse from Isaiah 17, will be Syria.

The terrible fire that has just ravaged the Carmel region was a wakeup call to the Israeli people and government; I would say, a wakeup call of far worse things to come. For if Israel was caught ‘under’ prepared for this catastrophe – which killed 42 people, burned five million trees, and destroyed so much property – how will she face thousands of Katyusha rockets and Scud missiles that may soon be fired into the north and center of the country by Syria and the Hizbollah, not only igniting fires everywhere but inflicting FAR MORE civilian casualties than this brush fire, terrible as it was?

When the fire broke out I (and others with me) was not immediately led to pray, as I am sure many Israelis did, that the fire would be stopped. Indeed, heaven at first did not seem out to “help” dowse the fire. On the contrary, not only had months (years) of drought prepared the ground for a burning; the strong winds that drove the fire on seemed a divine sign that not all is well; that the God of love and mercy was allowing this fire to warn and prepare His people for a far more serious conflagration to come.

While the spiraling threat of war is the most serious front Israel faces at the present time, it is not the only one. Israel’s standing in the world has been drastically eroded, as recently as this very week with the decision to Brazil, Argentina and Uruguay to officially recognize “a free and independent Palestinian state within the borders defined in 1967.” Israel’s foreign ministry fears the South American states have opened a door through which European and other countries will quickly follow.

And in Washington DC itself – the capital of the single nation Israel has considered a real friend in this hostile world – Secretary of State Hillary Clinton is pulling out all the stops to try get the stalled “peace process” moving again.

In the light of these stark and difficult realities, what can we as Christian believers do right now to come to the aid of God’s dear people? Certainly we should not be guided by what the world – or even Israeli – media tell us is the main story, whether Olympics in Qatar or fires in the Carmel. Instead we should seek Him for what He sees – as already foretold by Him through His prophets of old, and confirmed today by His Holy Spirit – as crucial dangers to the survival of His people.

Attached is something I wrote and sent to Israeli VIPs before the Carmel fire. It was a warning inspired, I felt, from above. I hope and pray that, following the shock inflicted by this terrifying fire, Israel’s people and leaders will hear and heed God’s wakeup call.

Won’t you, today, take just a few minutes to write down your own words of encouragement and of warning (as concerned friends, not preaching to them) and fax them to the Israeli number – 972-2-6705369.

It’s good and essential that we keep Israel in prayer, remembering those who suffered loss in the Carmel fire, and asking for wisdom for the elected leaders of the nation. On top of that, may the Lord help and inspire each of us as to how we can play our part!