Why speak peace when peace is not in sight? 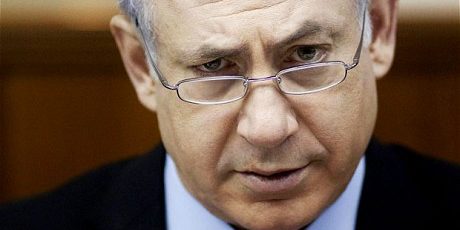 Since 1937, when Great Britain’s Peel Commission vainly proposed a “Two-State Solution” as “a chance for ultimate peace”, Arab-Israel “peace plans” have been advanced in predictably futile succession, among them:

» The 1970 “Quaker Plan” of the American Friends Service Committee

» The 1975 Report of the Brookings Institute Middle East Study Group

» The Clinton-Barack proposal to Arafat in 2000

Their titles, origins, dates and details vary, but all these “peace plans”, including President Obama’s “Two-State Solution”, were doomed to fail:They misperceived or willfully misrepresented the core conflict as being about territory, that if Israel would trade enough “Land for Peace” the conflict could be resolved.

Seven decades of failed “peace plans” should have alerted our policy makers to the reality that this conflict is not about a division of territory. Israel’s offers to trade“Land for Peace” in 1949, 1967, 1993, 2000, and 2002, all met a consistent Arab response: No “Peace for Land”. But using “peace negotiations” to acquire Judea and Samaria, the West Bank, is critical to the PLO’s “Strategy of Stages”: Establish a Palestinian State in territory acquired by negotiations without recognizing Israel as Stage I, and intensified “armed struggle” in Stages II and III from advanced positions, easing the way to Israel’s annihilation.

This established Arafat PLO doctrine, distinctly reaffirmed by P.L.A. President Abbas in March, manifests that the basic conflict is not about “settlements” or territorial division. Such could be resolved by reasonable compromise – – but no compromise is possible when the root cause of the conflict is the rigid Jihadist Arab Muslim political theology that prohibits recognition of Israel, denies the Jewish people’s multi-millennial bond with the land, insists that all of Palestine is their exclusive “Holy Land”, its governance never to be shared with others.

Forcing Israel to withdraw from territories in Judea and Samaria would inspire the Jihadists to immediately intensify the “Armed Struggle”. Moreover, such territorial “compromise” would perversely ignore the considered judgment of American military and diplomatic authorities:

On June 29, 1967, General Earl Wheeler, Chairman of the Joint Chiefs-of-Staff, submitted to President Johnson a document on “The Minimum Requirements for Israel’s Defense”, noting the historical, geographic, topographic, political and military reality of the Middle East that behooves Israel to control the mountain ridges of Judea, Samaria and the Golan Heights. In April, 1978, Major General George J. Keegan Jr. (Ret.), former Chief, U.S. Air Force Intelligence, Admiral E.R. Zumwalt, Jr. U.S.N. (Ret.), former Chief of Naval Operations, Hon. Eugene A. Foley, President, National Committee on American Foreign Policy, and others, wrote: “Israel is a matchless strategic asset for the West (indeed for the few genuinely moderate forces in the region) against threats emanating from extreme Arab and non-Arab elements…If our present self-defeating policy continues, the danger is that we might no longer have a strategically viable Israel…” (1978 – 2010 redux?).

In January 1979, 183 Generals and Admirals (Ret.)publicly declared that “…the ability of the U.S. to protect its security interests in the Middle East is closely linked, if not dependent on, the maintenance of a potent Israeli military capability in the area.” The late Admiral “Bud” Nance, on July 29, 1991, defined Judea and Samaria’s eastern mountain ridge dominating the Jordan Valley, as “the most effective tank barrier “and the western mountain ridge overpowering Jerusalem and Tel Aviv as a “dream platform for invasion to the narrow coastal plain.” (While radical Islam has replaced the Soviet Union as prime Middle East threat, Israel’s defense needs remain essentially unchanged.)

The “Two-State Solution” is strategically and morally wrong. Requiring Israel to withdraw from these critical territories as part of the “Two-State Solution” clearly would advance the promised Jihadist end game: Israel’s total extinction. Given the facts, fair-minded observers realize that peace will become possible only when Jihadist Arab Muslims no longer dominate in Israel’s neighborhood, and the Arab people and their leaders are reconciled to Israel’s permanent sovereign presence in Palestine.

That time is not yet in sight. But it is being delayed by President Obama and others, still pushing the delusive “Two-State Solution” while the Arabs refuse to resume negotiations unless Israel again halts all West Bank construction. Pressing hard to induce Israel’s submission to that Arab demand, the U.S. has offered twenty stealth bombers – – and a promised veto of hostile U.N. action: pointedly, recognition of a self-declared Palestinian State. But the U.S. offer also contains a shameful implied threat: To not veto hostile U.N. action unless Israel submits to the Arab demand.

Significantly, such manipulation by the U.S. marks again an obstinate refusal to recognize and confront the underlying reality: there can be no durable Arab-Israel peaceuntil the Arabs totally cancel the state of War they declared in 1948, disarm and dismantle Jihadist terrorist cells, clearing the way toward peace and the prospects it offers.

Until that time comes, as long as it takes, Israel’s unavoidable choice is either survival of the Jewish State, defended by sustained, convincing, deterrent armed strength, — or surrender to ruthless Jihadists and their sponsors who threaten Israel’s annihilation, another Holocaust. Nor will U.S. and Western security interests or credibility benefit from a continuation of their feckless failure to confrontMiddle East reality. Moreover, that failure undermines themany Muslims who courageously are challenging Jihadist political theology and seek only reciprocal respect, accommodation and accord with others. But our Middle East policy still does not appear willing to recognize that they, and we who are committed to freedom and human rights, stand at a great divide–opposing Islamic forces of intolerance, hatred, terrorism and war.

Note: This is the final segment of “The Two-State Delusion”. The eight segments listed below are available on request:

I. Who Wants a “Two-State Solution”?

II. What Right Do the Jews Have to a Sovereign State in Palestine?

III. The “Strategy of Stages” and a Concocted Arab Narrative

Comments, criticism and questions are welcome.