Iran to use domestic uranium for the first time 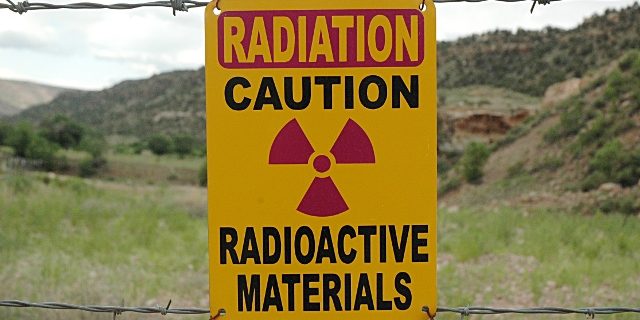 Iran announced Sunday that it has delivered its first domestically mined raw uranium to a processing facility, claiming it is now self-sufficient over the entire nuclear fuel cycle. The step displays Iran’s determination to master nuclear technology without outside help, including by enriching its own uranium, just a day before world powers meet Iranian officials in Geneva in another attempt to persuade them to freeze that work.

Nuclear chief Ali Akbar Salehi said the uranium ore concentrate, known as yellowcake, was produced at the Gachin uranium mine in southern Iran and delivered to the uranium conversion facility in the central city of Isfahan for reprocessing.

Salehi, head of the Atomic Energy Organization of Iran, said the delivery was evidence that last week’s assassination of a top Iranian nuclear scientist and the wounding of another in mysterious bombings will not hamper Iran’s nuclear progress. “Today, we witnessed the shipment of the first domestically produced yellowcake from Gachin mine to the Isfahan nuclear facility,” said Salehi, whose comments were broadcast live on state television.

Salehi, who is also the country’s vice president, said the step meant Iran was now self-sufficient over the entire nuclear fuel cycle – from extracting uranium ore to enriching it and producing nuclear fuel. He added that the message to those meeting with Iran in Geneva on Monday and Tuesday was that they cannot stop Iran’s nuclear work. “No matter how much effort they put into their sanctions … our nuclear activities will proceed and they will witness greater achievements in the future,” he said in an interview with state-run Press TV after the announcement.

Salehi said the activity will be carried out under the supervision of the UN nuclear watchdog, the International Atomic Energy Agency.

Iran’s nuclear chief said a bigger uranium mine at Saghand, in central Iran, will be inaugurated in the not too distant future.

The Gachin uranium mill near Bandar Abbas processes ore extracted from a nearby mine into yellowcake. The processing is part of the early stages before actual enrichment of uranium. Yellowcake is then taken to the Isfahan facility to be processed into uranium hexaflouride, which later can be turned into a gas used as feedstock for enriching uranium. Uranium enriched to low grades is used for fuel in nuclear reactors, but further enrichment makes it suitable for atomic bombs.

Despite the six-day shutdown of the Natanz uranium enrichment plant from Nov. 16-22, due to an invasion by the Stuxnet malworm and the serious injury suffered by Prof. Fereydoun Abbasi, Director of Centrifuge Operations, the Iranian program has managed to come within touching distance of its goal: It is only 4.7 kilos short of the 28.2 kilos of 19.75 percent enriched uranium needed for going into weapons-grade production. The Iranians need no more than a few weeks, up to early February at the latest, to reach that goal.

Those two achievements have placed Iran in a strong bargaining position in the Geneva talks with the Five Permanent UN Security Council members plus Germany, our sources report, compensating for the sanctions-induced weakness Obama administration tacticians had hoped for.

It turns out, according to our sources, that the sanctions the UN, US and other nations had clamped down on Iran this year acted as a sharp spur to its nuclear progress rather than slowing it down. Salehi arrived in Geneva with enough clout to lay down an ultimatum: If Tehran so chooses, he can give the world powers the option of recognizing the legitimacy of Iran’s nuclear program and its right to enrich uranium, or risk a decision by its supreme leader Ayatollah Ali Khamenei to give the order in six to eight weeks’ time for enrichment to go forward to weapons grade. Within a short time Iran will have reached the threshold of bomb or nuclear warhead production.

Iran’s ability to produce its own yellowcake for conversion at Isfahan offers Tehran a second route to a nuclear weapons-capability. According to debkafile’s military sources, Iran can now manage without the fuel rods it is contracted to return to Russia from the Bushehr nuclear reactor, because the uranium powder can be used for making homemade rods – both to fuel nuclear reactor cores and produce plutonium, the alternative to enriched uranium for weapons-grade fuel.

Iran no longer depends on imported materials to move forward at speed toward an N-bomb on both self-sufficient tracks -unhindered by sanctions.