Palestinian revisionism is the only obstacle to peace 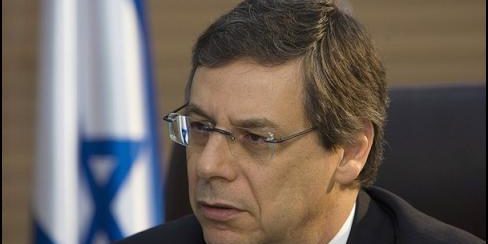 The attempt to “refute” the Jewish claim to the Western Wall is merely the latest in a series of efforts to deny the Jewish people’s connection with its homeland.

The recent Palestinian Authority report stating that the Western Wall has no religious or historical significance to the Jewish people is sadly yet another attempt at political historical revisionism. Under normal circumstances, we could dismiss this as a pathetic and infantile attempt to erase the history and peoplehood of another people. Unfortunately, as the recent UNESCO report on Jewish sites in Judea and Samaria exposed, the Palestinian rejectionist narrative is foisted on the international agenda and is supported by an automatic majority in multilateral forums.

The recent “study” prepared by Al- Mutawakel Taha, a senior official in the PA’s Ministry of Information, attempting to “refute” the Jewish claim to the Western Wall is merely the latest in a series of efforts, stretching back more than 100 years, to deny the Jewish people’s connection with its homeland.

However, like all Palestinian lies and distortions, it was plucked from thin air. The PA Ministry of Information claims on its website that “according to the Jewish Encyclopedia, published in 1917, the Western Wall became part of the Jewish religious tradition around the year 1520 AD, as a result of Jewish immigration from Spain, after the Ottoman conquest the year 1517.”

In an age of Internet it is very simple to check this outrageous assertion and expose it for the fraudulence that it is. In fact, the entry in the Jewish Encyclopedia of 1917 provides historic references to the Western Wall from antiquity and certainly before the Arab invasion, conquest and occupation of the Middle East.

The recent UNESCO report that Rachel’s Tomb near Jerusalem is the Bilal ibn Rabah Mosque is an even greater scandal. Bizarrely this claim not only flies in the face of Jewish tradition, it also disposes of hundreds of years of Muslim tradition. Muslims throughout history revered the site as that of Rachel’s Tomb and would regularly visit to pray.

According to an Ottoman document found by the Jerusalem Center for Public Affairs, in 1830 the Turks issued a firman (royal decree) that gave legal force to Rachel’s Tomb being recognized as a Jewish holy site. The governor of Damascus sent a written order to the mufti of Jerusalem to fulfill the sultan’s order: “The tomb of esteemed Rachel, the mother of our Lord Joseph… they are accustomed to visit it from ancient days; and no one is permitted to prevent them or oppose them this.”

THIS HISTORIC denial has political ramifications. In 2000, talks between former prime minister Ehud Barak and PA Chairman Yasser Arafat at Camp David in the presence of former US president Bill Clinton broke down over similar historical revisionism. After Barak had made an overly generous offer about splitting sovereignty of the Temple Mount, Arafat claimed that he could not concede an inch of this “Islamic territory” because the Jewish Temple never existed. This “Temple denial” wasn’t just distorting Jewish history and tradition but also Christian. Arafat was attacking the belief of more than a billion Christians worldwide.

As we approach Christmas, another form of historical revisionism emerges.

The myth that Jesus was a Palestinian is told to anyone who arrives on a pilgrimage to Bethlehem or other Christian holy sites under the Palestinian Authority.

However, the facts once again don’t add up. The Jewish province of Judea was destroyed by Roman Emperor Hadrian in 135 C.E. when the Romans quashed the Bar Khochba-led Jewish revolt. To sever the Jewish connection with the Land of Israel, the Roman emperor changed its name to Syria Palaestina, eventually becoming known in English as Palestine.

According to Christian scholars, Jesus was crucified somewhere between 26 and 36, a full hundred years before the term Palestine had even been coined.

The world at that time did not have a single mosque and Islam and the Arab conquest of this land was still six centuries away.

It is perhaps understandable that those who came late to a region would need to supplant a history by appropriating and denying that of its earlier inhabitants. While the Palestinians claim to be the original residents of our land, history and fact stand in their way.

While the majority of the Jewish people had to endure a two millennia exile from our land, the stones of our Temple, the burial sites of our forefathers, our ritual baths, ancient cisterns and synagogues remained. Palestinians will attempt to destroy historical memory just as surely as they destroyed actual Jewish holy and historical sites like Joseph’s Tomb in Nablus.

However, 2,000 years of foreign occupation and attempted negation of Jewish history could not prevent the return of the aboriginal people to our land.

AS A result of the rejectionism and negationism in its media and education, the PA has become so brazen that it is now selling its lies to the world. The international community needs to utterly reject this anti-Jewish crusade.

Recent polls among the Palestinians have shown that almost two-thirds would accept a two-state solution only as a first step to an eventual unitary Palestinian state, supplanting Israel.

This once again proves that the real obstacle to peace is Palestinian rejection of Israel and the self-determination of the Jewish people.

The PA brainwashes its people to disallow Israel’s legitimacy and falsifies history, Jewish, Christian and Muslim in the process. The international community needs to focus on this issue and completely reject and condemn the Palestinian Authority for its actions. This rejectionism has been at the heart of every failed peace effort for more than 70 years. Palestinian hate and intolerance, more than all the other issues combined, will doom the region to many more years of conflict.

Peace can only arrive after acceptance of the other, not just a laying down of arms and weapons. It needs to be enforced by mutual recognition. The current Palestinian revisionism doesn’t just distort history and deny our connection with our ancestral home; it denies the possibility of a peaceful resolution to the conflict and a better future for the people of the region.