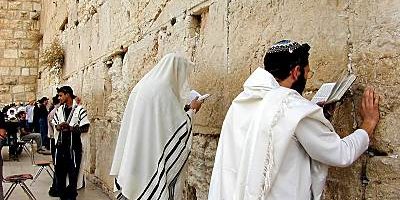 Next time the White House criticizes Israeli Prime Minister Benjamin Ne tanyahu’s reluctance to embrace the Palestinian Authority, it might consider the outrageous way those Palestinians are trying to rewrite history.

The PA’s information ministry this week released an official “study” declaring that the Western Wall in Jerusalem’s Old City — revered for 2,000 years as one of Judaism’s holiest sites — isn’t Jewish at all.

In fact, claims the report by a senior ministry official, it is nothing more than the western wall of the Al-Aqsa Mosque, and has only been a worship site for Jews since World War I — and then, only because of “Muslim tolerance.”

This, it should be noted, isn’t coming from Hamas. It emanates from the same “moderate” Palestinians whom President Obama and the rest of the world embrace, make concessions to and trust with Israel’s long-term security.

Sadly, Arab efforts to erase Jewish history are nothing new.

What is contemptible is that those efforts increasingly are being endorsed by the world at large.

Last month, UNESCO endorsed the PA’s demands that Rachel’s Tomb outside of Bethlehem — long revered as a Jewish site of worship — not only be removed from Israel’s declared historic sites but actually be declared a mosque.

Not even Yasser Arafat ever made such a claim until 1996 — and even then, without a shred of historic evidence.

UNESCO also declared that Israel cannot claim the Cave of the Patriarchs, the traditional burial site of the biblical forebears of the Jewish nation, as a national heritage site.

Piling on, UNESCO then voted to strike the Israeli delegate’s protest of that vote from the official record, calling it “too aggressive.”

And it should be noted that even the Obama administration publicly attacked Israel for adding those two sites to its national heritage list — a gesture that allows them to be preserved.

The whole point of this ongoing exercise is to erase any Jewish connection with the biblical land of Israel — with an eye toward negating the modern state of Israel’s existence.

All the more reason why Netanyahu is justified in moving slowly — and in resisting those who claim the Palestinians are willing to co-exist with Israel.