A people have no need to annex what is already theirs. 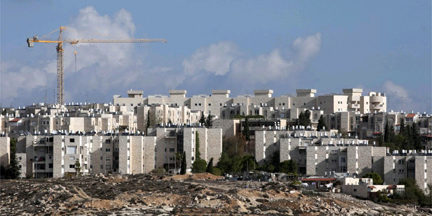 The very fact that the Israeli Knesset passed a bill that would require a referendum before any land officially under Israeli sovereignty is surrendered, specifically the Golan Heights and Jerusalem, is in itself a tacit admission by the present Israeli government that at some future time the very thought of giving away these parts of the ancestral and biblical Jewish homeland may be entertained.

Prime Minister Binyamin Netanyahu’s office rejected the idea that the referendum law would hurt the chances for peace negotiations between Israel and its neighbors. But when did it become an accepted truism that a so-called peace between Israel and the Arabs, those who call themselves Palestinians, requires that Israel gives to them it’s very biblical birthright for a mess of potage?

Have the Oslo Accords, the Wye Agreement, the Roadmap, ad nauseum, all now superseded the eternal possession of the Jewish people to their God given homeland? It would seem so, and that is a monstrous tragedy so enormous as to spit in the face of the Almighty and make the very angels in heaven weep.

Netanyahu said: “A referendum prevents an irresponsible agreement and on the other hand makes it possible to achieve a strong public backing for an agreement that will respond to Israel’s national interests.”

There again. The word “agreement” and the implicit suggestion that the Golan Heights, ancient biblical Bashan, the homeland of the Tribe of Manasseh, may be given away in an, oh, so base agreement with the Syrian Arabs.

The referendum bill also covers United Jerusalem, but then if the Knesset votes more than two thirds to give away parts of Jerusalem to the hateful Arabs, known as Palestinians, in order for them to create a new Arab capital that has never existed in all of recorded history, it will be a sin so abhorrent that I fear God’s wrath upon the Land itself.
And all this political foolishness is to appease the present occupant of the White House who is a clear and present danger to the very existence of Eretz Yisrael, the Land of Israel. All this erodes the millennial and inalienable rights of one people alone – the Jewish people – to the land between the River Jordan and the Mediterranean Sea. Indeed, there should be demands made upon the artificial entity known as the Kingdom of Jordan for the return of biblical Gilead – the ancestral homeland of the Jewish tribes of Gad and Manasseh.

Prime Minister Netanyahu’s government and previous governments stretching back to that of Yitzhak Rabin, all betrayed Jewish patrimony in the Land of Israel. They have accepted the Arab and pro-Arab lie that Israel “occupies” Arab territory – specifically territory belonging to a fraudulent Arab people who have come to call themselves Palestinians. This stupidity has torn a grievous, self-inflicted wound into the very psyche of Jews within Israel and the Diaspora.

Notice that the referendum refers only to Jerusalem and the Golan because they were “annexed.” Does that fact make them special? These are Jewish lands and there is no need to annex what already belongs to the Jewish people.
Notice too, that Judea and Samaria are not included in this foolish attempt to bargain over an illusory “land for peace” deal with the Arab world. The reason given is that Judea and Samaria have not been annexed.

Again! So what? These lands are the very warp and woof, the very fabric and fiber of Jewish history during and after biblical times. Whether they were or were not annexed is mere sophistry.

I was looking back at what Professor Talia Einhorn wrote in 2003 about Judea, Samaria and Gaza, or as it is known by its Hebrew acronym, Yesha: meaning Yehuda, Shomron and Azza.

She was commenting on the ‘slip of the tongue” by then Prime Minister Sharon who used the word “occupation” in reference to Israel’s presence in Yesha. In 2003, Yesha still included Gaza. It was abandoned in 2005 for the sake of peace!

She stated clearly then that Israel, the Jewish state, is not an “occupying force” in Yesha. This is what she said:
‘‘Up until 1948, Judea, Samaria and Gaza were a part of the British Mandate. In the 1948 War of Independence, Egypt illegally grabbed the Gaza Strip and Jordan took Judea and Samaria, the ‘West Bank’.

“Egypt did not claim sovereignty in Gaza but Jordan deigned, in 1950, to annex Judea and Samaria. This annexation was not recognized by international law. The Arab nations objected to it, and only Britain and Pakistan recognized it – and Britain did not recognize the annexation of eastern Jerusalem.

“In 1967, after the Six Day War, these territories – which were originally meant for the Jewish Nation’s National Home according to the Mandate Charter – returned to Israeli control.

Professor Einhorn added that, “according to international law, Israel has full right to try to populate the entire Land of Israel with dense settlement and thus actualize the principles set by the League of Nations in the original Mandate Charter of San Remo in 1920.

We, of course, know how that turned out. Britain reneged on its promises and undertakings. Britain tore away 80% all of the mandate territory east of the Jordan River in 1922 and gave it away to the Emir Abdullah.

There is nothing, therefore, in international law that requires the creation of a Palestinian state between the Jordan River and the Mediterranean. Professor Einhorn pointed out that the UN Partition Resolution of November 29, 1947 merely recommended that a Jewish and Arab state in what was the geographical territory known as Palestine “shall come into existence.”

Though the Jewish leadership accepted the partition plan, it was, as we all know, rejected utterly by the Arab states, which thus voided the UN’s recommendation of any legal basis.

So the fact that what is left of Yesha – Judea and Samaria – has not previously been the subject of an Israeli annexation is neither here nor there. It is empirically the Land of Israel by all that is holy. And if that’s a dirty word to some, so be it.

Simply put: The Jewish people do not annex land that already belongs to them. And the Jewish people cannot be called settlers in their very own ancestral and aboriginal homeland.

Now if those facts are understood and hammered home again and again by every Israeli and every Jew in the Diaspora, think of the power and the glory that will illuminate the world as the veil of deception is finally torn from the world’s eyes.

Victor Sharpe is the author of Volumes One and Two of Politicide: The attempted murder of the Jewish state.