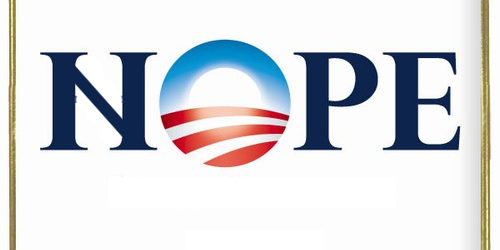 A lie is like a noxious and perennial weed that is almost impossible to root out. So it is with the other weed; the myth of an Arab people who call themselves Palestinians and who dream of their past living in a land that belonged to them for millennia with their capital, Jerusalem.

But that is the same fertile Arab imagination that gave us The Thousand and One Arabian Nights replete with fantastic tales of magic, wizards and Ali Baba. Both, the claim of a distinct Arab people called Palestinians and the Thousand and One Nights, are equal fantasies in the Arab mind.

The truth – not the fantasy – is that there was never an independent, sovereign Arab state called Palestine. Jerusalem was never the capital of any Arab polity in all of recorded history. Only one people has ever made Jerusalem its capital and only one people ever established their ancestral and biblical homeland between the River Jordan and the Mediterranean Sea: the Jews.

In the years before Israel was reconstituted in 1948, the world referred to its Jewish residents as Palestinians. Indeed, the Palestinian military units fighting with the British Army in World War Two were Jewish to the man and woman. Few, if any, Arabs or Muslims fought against the Axis powers during that war and indeed many served in SS units; often willing collaborators with the Germans in murdering Jewish communities in the Balkans and elsewhere.

Remember, the word Palestine was only used legally after the Mandate over the territory was granted by the League of Nations in 1920 to Great Britain with the express intention of establishing within it a Jewish homeland. At that time, the Palestine Mandate covered all of what is Israel – including Judea and Samaria, or what is erroneously called the West Bank – and present day Jordan.

What so many in the media forget, if they ever knew, is that after the Ottoman Empire was dismantled by the victorious Allies, France and Britain, at the end of World War One, many new Arab states were created with Palestine reserved for a Jewish homeland.

But Britain reneged on its promise to the Jews and tore away four fifths of the Mandate territory in 1922 – that is all the land east of the Jordan River – and arbitrarily gave it away to the Hashemite Bedouin tribe. Immediately Jews were forbidden to live in what became Trans-Jordan and eventually the Kingdom of Jordan: An early example of ethnic cleansing and Arab Apartheid.

Interestingly, Arabs and their leaders had rejected any notion of a separate Palestinian identity. For them, Palestine was merely a part of Greater Sria and the Arabs were indistinct from their neighbors. Indeed, the Syrian dictator, Assad, still plots for the return of Jordan, Israel and the disputed territories.

As far as Palestine was concerned to those Arab absentee landlords of the early years of the 20th century, living in the fleshpots of Cairo, Damascus and Beirut, the land was worthless: barren and malarial infested. Then the Jewish pioneers returning in the late 19th century began to purchase the wasted and barren land at exorbitant prices – much higher than fertile land in Iowa and Idaho – drain the swamps and redeem again the ancient beloved Jewish homeland.

Jewish development of the centuries old neglected land, restored in familial love through blood, sweat and tears, ironically brought into the territory thousands of illegal Arab aliens who found livelihoods that were unavailable in the stagnant and corrupt neighboring Arab societies.

The British authorities invariably turned a blind eye to the flood of Arab illegals seeing in them a stick to beat the Jewish residents. Herein lays the genesis of the present day Arab claim to all the land and the stated threats of their descendants to extirpate any and all Jewish life within its borders.

So many well-meaning people in the West, as well as latent anti-Semites, have fallen hook, line and sinker for the myth of an Arab homeland called Palestine. So many people now believe the false claim by the well-funded Arab propaganda machine that the Jews came and stole it.

But though it sounds affecting and no doubt to the liberal mind particularly emotional with all the tugging of the heart strings that it implies, it is still an absolute lie just like the weed that can never be uprooted.

For so many people who are either ignorant or hard hearted towards the Jewish state, they are unaware that the Jews were the aboriginal inhabitants for millennia before the Muslim religion was created and Muslim armies swarmed out of Arabia with a Koran in one hand and a sword in the other to occupy vast territories in the name of Allah. The pity is that the bible as history is there for all to read. Sadly, so many ignore what is written.

The Arabs have spread over 12 million square kilometers in the Middle East and into North Africa (the Maghreb). Israel’s territory is barely 21,000 square kilometers and may soon be reduced further if its biblical heartland of Judea and Samaria is torn from it to create in its midst a terror state called Palestine: the 23rd Arab state.

When the world extends to the Jewish refugees who were expelled from Arab lands nearly 70 years ago the same sympathetic obsession that they extend to the Arabs who needlessly left Israel at the urgings of the corrupt Arab League, then there maybe hope for a better international community than exists at the present time.

When the same world expresses horror and condemns Jordan for barring Jews over 80 years ago from living in what was the Palestine Mandate territory east of the Jordan River, and when the world condemns the so-called Palestinian Authority from barring Jews within its territory now, then there may be equal hope for a redeemed international community.

Meanwhile the Jews – the real Palestinians – strive to live within the miniscule territory that is the Jewish state, denied even one day of peace from their genocidal Arab and Muslim neighbors. And then there is the American president, Barack Hussein Obama, and his handmaiden, Hillary Clinton, who will not rest until Israel crumbles under their malevolent gaze and swaggering intimidation.

Victor Sharpe is a freelance writer and author of Volumes One and Two of Politicide: The attempted murder of the Jewish state.