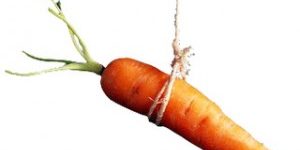 US Secretary of State Hillary Clinton must have given Prime Minister Binyamin Netanyahu quite a reception. Otherwise it is hard to understand what possessed him to accept the deal he accepted when he met with her last week.

Under the deal, Netanyahu agreed to retroactively extend the Jewish construction ban ended on September 24 and to carry it forward an additional 90 days.

Clinton’s demand was, “not one more brick” for Jews, meaning, no Jew will be allowed to lay even one more brick on a home he is lawfully building even as the US funds massive Palestinian construction projects. The magnitude of this discriminatory infringement on the property rights of law abiding citizens is breathtaking.

The 90 day freeze is supposed to usher in a period of intense negotiations between Israel and Fatah. But those negotiations will not get off the ground because PLO leader Mahmoud Abbas has no interest in talking, and will never accept any peace offer made by Israel.

Netanyahu claims that the Americans agreed to continue respecting Jewish property rights in Jerusalem. The Obama administration has refused to confirm this claim. Yet rather than use the US demurral as a justification for walking away from a bad deal, reports indicate that Netanyahu told his lawyers to figure out fancy wording to hide the American refusal.

Netanyahu boasts that he received three major payoffs from Obama in exchange for his agreement to ban Jewish construction and discuss land surrenders with a negotiating partner that refuses to peacefully coexist with the Jewish state. First, he claims that Obama agreed not to renew his demand that Jews be denied their property rights. Second, he says the administration agreed to sell Israel twenty more F-35s. Finally, he says Obama agreed to wait a year before signing onto anti-Israel resolutions in the UN Security Council.

The first payoff is nothing more than the foreign policy equivalent of buying the same dead horse twice. Obama led Netanyahu to believe he had set aside his demand that Jews be denied property rights last November, when Netanyahu announced the first construction freeze. Yet Obama repeated his demands even before the last freeze ended. Obama has no credibility on this issue. Demonstrating this, Obama is now refusing to put this pledge in writing

The F-35 deal is simply bizarre. Israel needs the F-35 to defend against enemies like Iran. Yet the administration claims that its agreement to sell Israel the F-35s is contingent on Israel signing a peace deal with the Palestinians. In other words, the Obama administration is now giving the PLO power to veto American military assistance to Israel by continuing to say no to peace.

More than anything, the F-35 payoff exposes the degree to which Obama holds Israel in contempt. This is a President who is fighting Congress tooth and nail to pass a $60 billion arms deal with Saudi Arabia. The administration argues that the arms are necessary to enable Saudi Arabia to deter Iran from attacking it. That would be the same Saudi Arabia that despite its massive arsenal, has never had the courage or the competence to fight its own battles.

On the other hand there is Israel — the US’s most reliable, courageous, and competent strategic ally in the region, and even more a target of Iranian aggression than Saudi Arabia. Rather than arm Israel with all the means it requires to fight Iran, the Obama administration is downgrading military assistance by conditioning its sale of the F-35s on an Israeli agreement to commit strategic suicide by surrendering its defensible borders and capital city to its sworn enemies.

Finally there is the administration’s pledge to support Israel at the UN for a year. What this pledge actually means is that a year from now, the Obama administration will present the deal as an excuse to abandon what has been the policy of every US administration since Lyndon Johnson and stop blocking anti-Israel resolutions at the UN Security Council.

According to sources close to Netanyahu, it is his fear of US abandonment at the Security Council that has convinced him to capitulate so profoundly to an administration so weak that it couldn’t even get South Korea to sign a free trade agreement with it. What most concerns Netanyahu these days is that the US will fail to block a Palestinian bid to have the Security Council recognize a Palestinian state in all of Judea and Samaria and in large swathes of Jerusalem even if the Palestinians refuse to sign a peace treaty with Israel. Since this is what Netanyahu fears the most, it is important to consider what is at stake. While harsh, the truth is not as bad as he thinks it is.

If the Security Council recognizes a Palestinian state in all of Judea and Samaria, in Jerusalem and Gaza it would be a diplomatic blow to Israel. But it would only be a symbolic step. The situation on the ground would remain unchanged.

What is more problematic is what might happen in the wake of such a resolution. The worst case scenario would be for the Security Council to pass a subsequent resolution deploying forces to Judea and Samaria to fight the IDF.

Given the political maelstrom such an effective US declaration of war against Israel would cause him domestically, it is very unlikely that Obama would support such a resolution. He would have to veto it despite the fact that Samantha Power, who holds the UN portfolio on Obama’s National Security Council called in the past for US forces to be deployed to Judea and Samaria to fight the IDF.

The other two possibilities are that Israel will become the target of economic sanctions and that Israeli citizens who live beyond the 1949 armistice lines or who have served in the IDF will risk arrest on war crimes charges if we travel abroad. The purpose of such sanctions would be to strangle Israel slowly, in a manner reminiscent of the economic and political warfare that brought down the apartheid regime in South Africa.

In both these cases as well, it is unlikely that Obama will risk the domestic outcry that administration support for such resolutions would provoke. And even if he enabled such resolutions to pass, the US Congress would likely block US participation in enforcing them. This is not to say that Israel should ignore the threat. But such hostile action is best deterred by working quietly with Israel’s allies in the US to point out the dangers of a runaway UN campaign against a fellow democracy.

At the same time, these threats of economic and legal warfare should sound familiar, because they are already being implemented against Israel. The Palestinians do not need a new UN Security Council resolution to advance their political and economic war against Israel. They just need the EU. And they have the EU.

The PLO has already convinced several EU member states to establish unofficial trade boycotts of Israel as well as military and academic boycotts of Israel. Israel has been required to remove goods produced beyond the 1949 armistice lines from its free trade agreements with Europe.

The legal war is also well under way. Today no senior military commander or politician is able to travel to Britain for fear of arrest under trumped up war crimes allegations. Israeli officials have been similarly threatened in Spain and elsewhere.

The Palestinian Authority has filed war crimes complaints against Israeli leaders with the International Criminal Court at the Hague. It has done this despite the fact that the Rome Statute which governs the ICC only applies to states and the PA is not a state. Europe’s love for international institutions, and readiness to endorse nearly any diplomatic assault on Israel, has blunted European criticism of this perversion of law just is it has convinced the Europeans to support various UN bodies’ unlawful campaigns against the Jewish state.

Clearly, a Security Council resolution is not required for the Palestinians to engage in the sort of activities that Netanyahu has just capitulated to the Obama administration to block.

What all this shows is not that Netanyahu is wrong to fear such a resolution, but that a resolution will be a symptom of an already existing problem and blocking it will not end the problem. Pathetically, despite the fact that this campaign has been building for more than a decade, to date Netanyahu’s only strategy for dealing with it is to beg Obama for short-term protection. Obviously, this is not constructive.

An alternative strategy would be based on a three pronged approach. First, Israel must attack the source of the problem — Europe. Israel should begin making European nations pay a price for engaging in political and economic warfare against Israel. For instance, Israel should suspend the issuance of diplomatic visas to British officials while it “studies” the British universal jurisdiction statute. It should also pass a law permitting the filing of universal jurisdiction claims in Israel against citizens of states that allow Israelis to be sued, and quietly encourage its supporters to file war crimes complaints for the kinds of acts claimed to be criminal when done by Israel, such as Indian support for Indian settlements in Goa and Russian support for Russian settlements in the Kuril Islands. This would not only point out the double standard applied to Israeli communities, it would compel the British to amend their obnoxious law.

The second thing Israel should do is empower its supporters abroad by actively discrediting the UN, the International Criminal Court and advocates of boycotts and divestiture from Israel. There is ample grassroots support in the US for actions against the ICC whose statute places US servicemen and political leaders in its crosshairs and against the UN whose members seek to curtail US sovereignty and power.

Finally, Israel must actively pursue deeper economic and diplomatic ties with Asian nations like India, China, Japan and South Korea. Enhancing relations with these states should be a top Israelii priority. Such a project would diminish Europe’s capacity to harm Israel’s economy and reduce Israeli reliance on the US at the Security Council.

Netanyahu made a horrible deal with Clinton. Leaders like Strategic Affairs Minister Moshe Ya’alon have acted as patriots by actively opposing it. It is true that the Obama administration could help us if it wanted to. But it doesn’t want to. Happily, Israel has the power to help itself, if it dares.