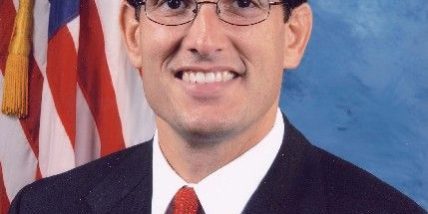 Jewish Republican Representative Eric Cantor met last week with Prime Minister Binyamin Netanyahu and promised him that his party will act as a “check” on the Obama administration.

The unusual meeting offers a strong hint that U.S. President Barack Obama will find Congress taking a more assertive role in foreign policy towards Israel. Cantor is set to become the majority leader in the GOP-controlled House of Representatives.

“Eric stressed that the new Republican majority will serve as a check on the Administration and what has been, up until this point, one party rule in Washington,” according to a statement from his office. “He made clear that the Republican majority understands the special relationship between Israel and the United States, and that the security of each nation is reliant upon the other.”

Although not unprecedented, the one-on-one meeting drew strong criticism from anti-Israel circles. The Atlantic, which routinely criticizes Israel, wrote on its ”Daily Dish” that the meeting is “a legitimate scandal worthy of far more attention. When dealing with foreign policy and climate change, Republicans believe in trying to deliberately sabotage the position of the U.S. government. The same is true of U.S. policy towards Iran…. Now it’s true of U.S. policy towards Israel, too.”

The “liberal” Op-ed news site posted an article by Saman Mohammadi, a university student, currently living in Toronto, who wrote under the headline, “Cantor, Thy Name is Traitor.”

The Virginia Congressman met with Prime Minister Netanyahu at the Regency Hotel in New York City, along with National Security Advisor Uzi Arad and Israeli Ambassador to the United States, Michael Oren, according to the Politico website.

Cantor “reiterated his belief that compromise between Israel and the Palestinians can only be achieved through direct negotiations between the parties,” according to a statement from his office. He also urged the Obama administration to “make it absolutely clear that the U.S. will veto any effort by the Palestinians” to seek recognition of their state by going to the United Nations.

“Eric has a longstanding friendship with Prime Minister Netanyahu and appreciated the opportunity to catch up last evening.”

Veteran observer of U.S.-Israeli relations Ron Kampeas wrote on a blog on the JTA website that the meeting and statement were “an eyebrow-raiser. I can’t remember an opposition leader telling a foreign leader, in a personal meeting, that he would side, as a policy, with that leader against the president.” Cantor’s office later disputed his analysis.